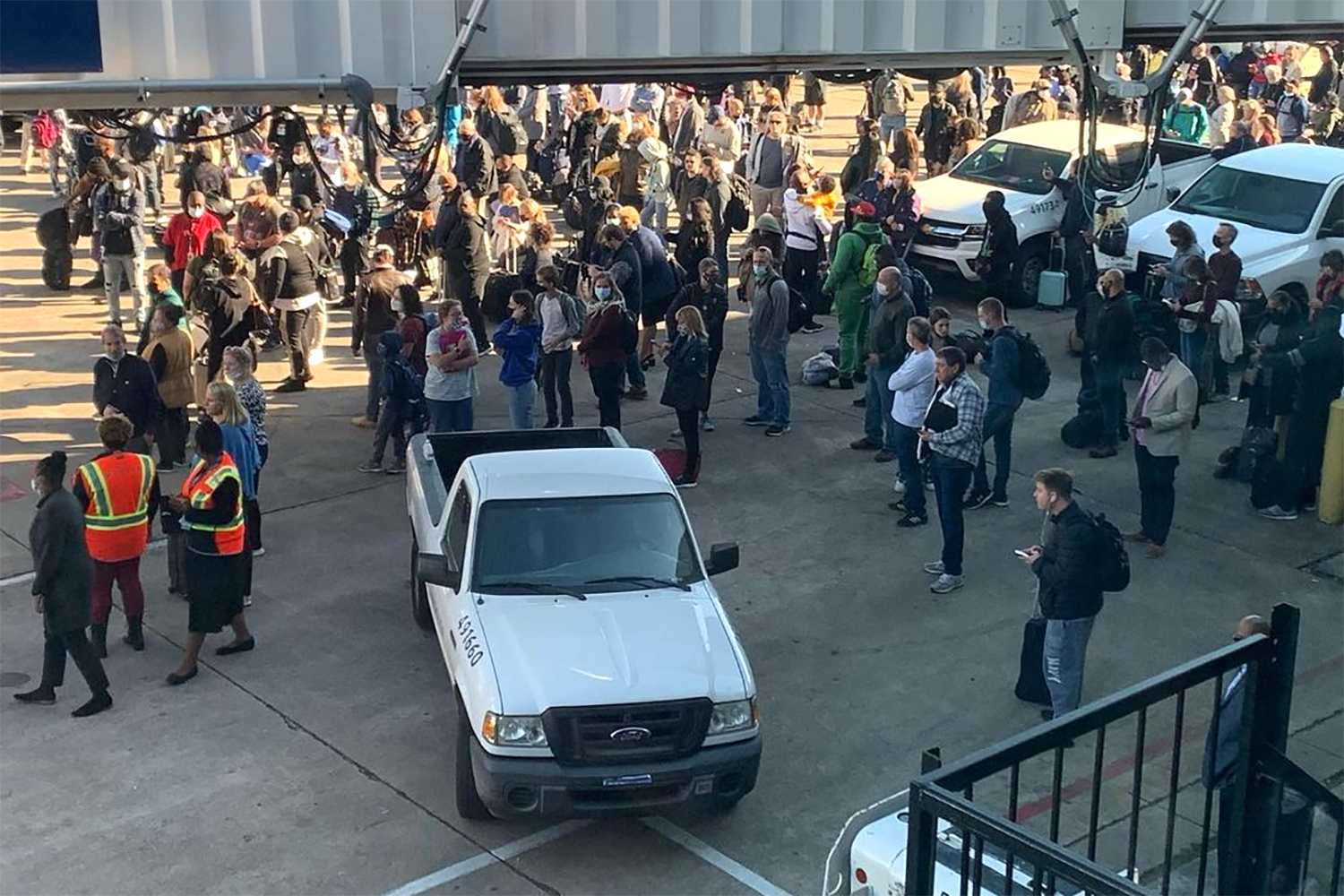 A man who fled after his gun reportedly discharged at the Hartsfield–Jackson Atlanta International Airport earlier this month has turned himself in, police said Tuesday.

Kenny Wells, 42, surrendered at the Clayton County Jail in Georgia, Atlanta police said in a statement.

Wells has been wanted since Nov. 20, when his bag was undergoing a secondary search at the airport after an X-ray machine identified a prohibited item. He allegedly lunged into the bag and grabbed the gun, setting it off, police said.

The sound of the gunshot sent crowds of people in the airport running. Wells left the scene with the gun, which was recovered from an airport trash can Nov. 23, authorities said.

He faces charges of carrying a weapon or long gun at a commercial service airport, reckless conduct, discharging of firearms on property of another and possession of a firearm by a convicted felon.

No one was injured in the discharge.

At least three people were reported to have sustained non-life-threatening injuries. It was unclear whether the injuries were directly tied to the scare, officials said.