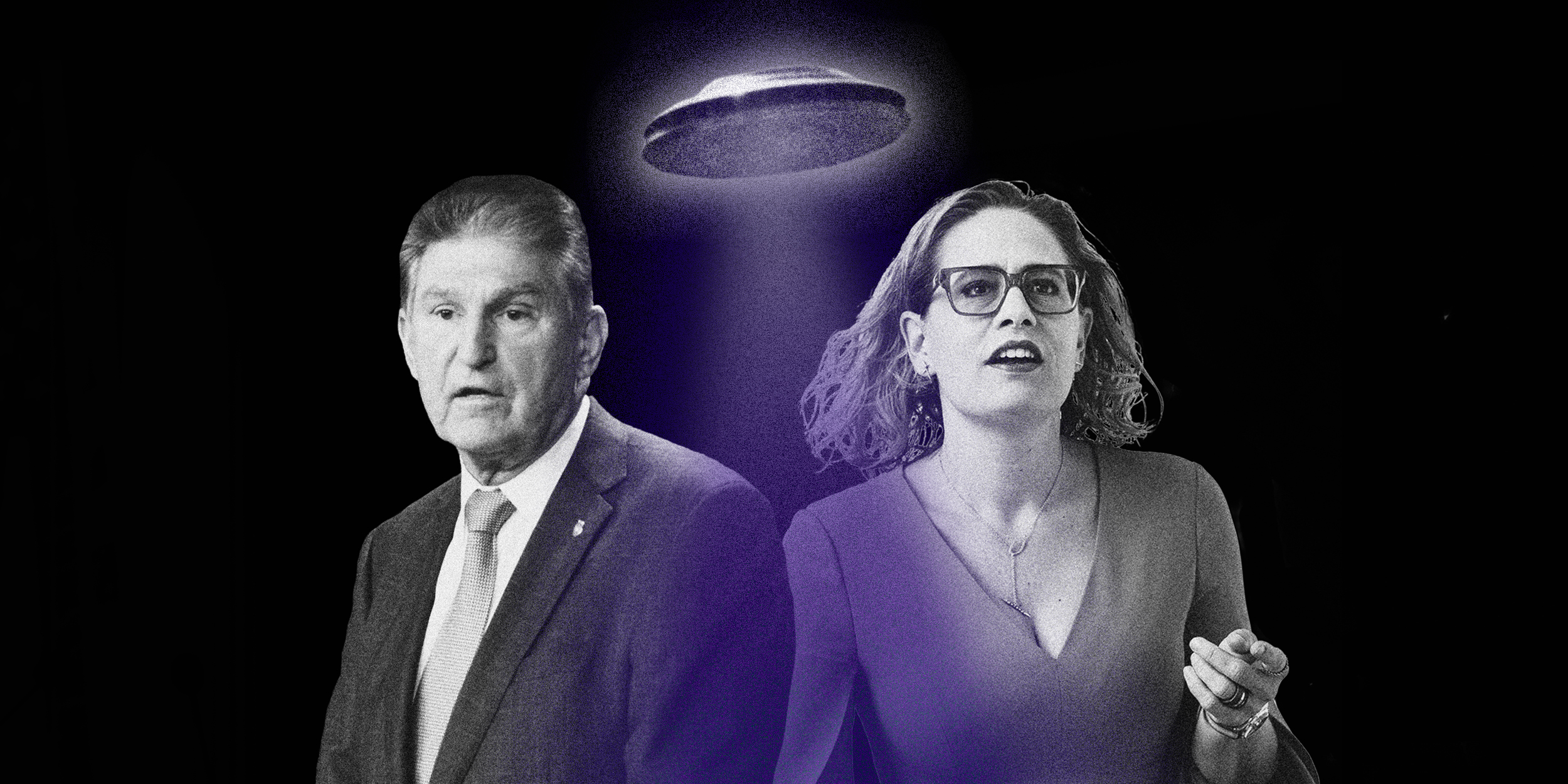 Conservative Democrats who have pushed back on what they saw as excessive spending in the bipartisan infrastructure bill and the Build Back Better plan had virtually nothing to say about the gargantuan defense spending bill the House passed this week.

The National Defense Authorization Act, a bill introduced annually to fund military spending, breezed through the House in a 363-70 vote. It authorizes $770 billion for the military — some $25 billion more than President Joe Biden requested — and includes funding for naval ships and aircrafts, service member pay increases, nuclear weapons activities and the formation of a new office to study UFOs.

And look, I enjoy extraterrestrial talk as much as the next person, but it doesn’t sit right with me that lawmakers who were up in arms about paying for things such as expanded health care access and child care costs seem to have no issue paying to investigate E.T. and ALF.

Namely, I’m referring to Sens. Joe Manchin of West Virginia and Kyrsten Sinema of Arizona, who chirped all throughout House Democrats’ deliberations over the size and scope of the bipartisan infrastructure bill passed in November.

Namely, I’m referring to conservative Democratic Sens. Joe Manchin of West Virginia and Kyrsten Sinema of Arizona, who chirped all throughout House Democrats’ deliberations over the size and scope of the bipartisan infrastructure bill signed into law last month.

We heard Manchin kvetch over “entitlement” as the House considered whether to include paid family leave in the social spending package. And in public, Sinema was a rather aimless holdout throughout the negotiations, taking issue with the price of Biden’s legislative agenda without declaring what she’d like to cut. We later learned she played a key role in watering down a plan to lower prescription drug costs.

Neither Manchin nor Sinema has complained about the size of the NDAA. Government largess is apparently only real to conservative lawmakers, including these two Democrats, when the spending involves actual people living stateside.

But when there are weapons of war and thirsty defense contractors involved, these lawmakers suddenly have no issue abandoning their conservatism. How convenient.