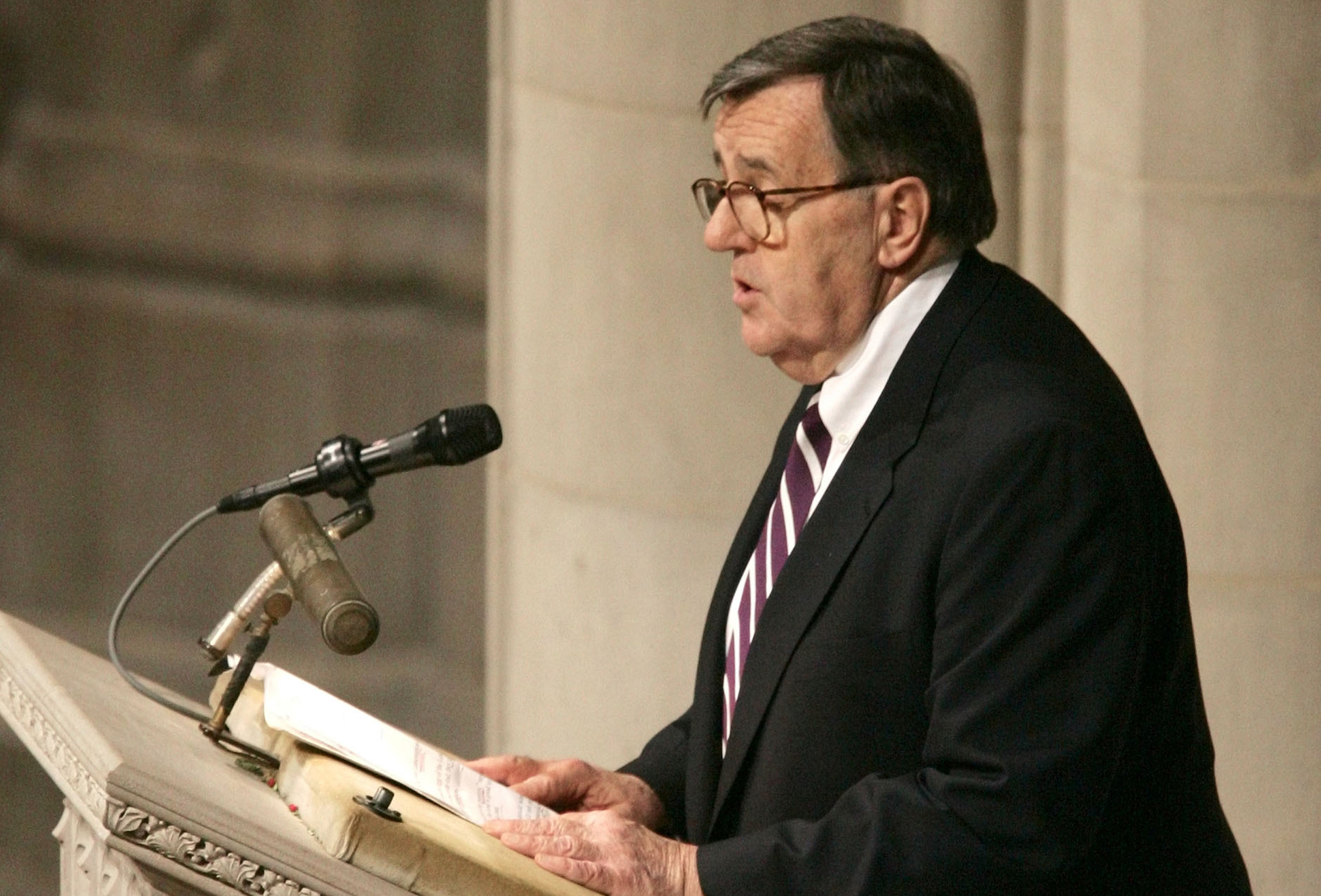 Mark Shields, a longtime TV pundit and political analyst, has died. He was 85.

Shields was best known for providing weekly political analysis and commentary for “PBS NewsHour” between 1988 to 2020.

“I am heartbroken,” Woodruff said on Twitter. “Mark Shields, who for decades wowed us with his encyclopedic knowledge of American politics, his sense of humor and mainly his big heart, has passed away at 85, with his wife Anne at his side.”

“So sad to tell you that my uncle, Mark Shields, died this morning,” Ryan said on Twitter Saturday. “He was a special guy: full of heart and wisdom and love. Love of politics, sports, and so many people.”

A native of Weymouth, Mass., Shields graduated from the University of Notre Dame in 1959 with a bachelor’s degree in philosophy.

He then went on to serve in the U.S. Marine Corps. before heading to Washington, D.C. in 1965 to work for Sen. William Proxmire, D-Wis.

In 1979, he began writing a column for the Washington Post, which was distributed each week by Creators Syndicate. Six years later, he published a book about the 1984 presidential race titles “On the Campaign Trail.”

From 1988 until 2005, Shields served as a moderator and panelist on CNN’s “Capital Gang,” a weekly political talk show. He also participated as a panelist in other weekly public affairs programs such as PBS and ABC’s “Inside Washington.”

Over the years, Shields taught American politics and the press at the University of Pennsylvania and Georgetown University. He also served as a fellow at Harvard’s Kennedy Institute of Politics.

Shields’ signed off of his regular Friday night segment of “PBS NewsHour” in December 2020 after more than 30 years with the show.

He is survived by his wife Anne Hudson Shields, their daughter Amy Shields Doyle, their son-in-law Christo Doyle and grandchildren, Jack and Frances Doyle.