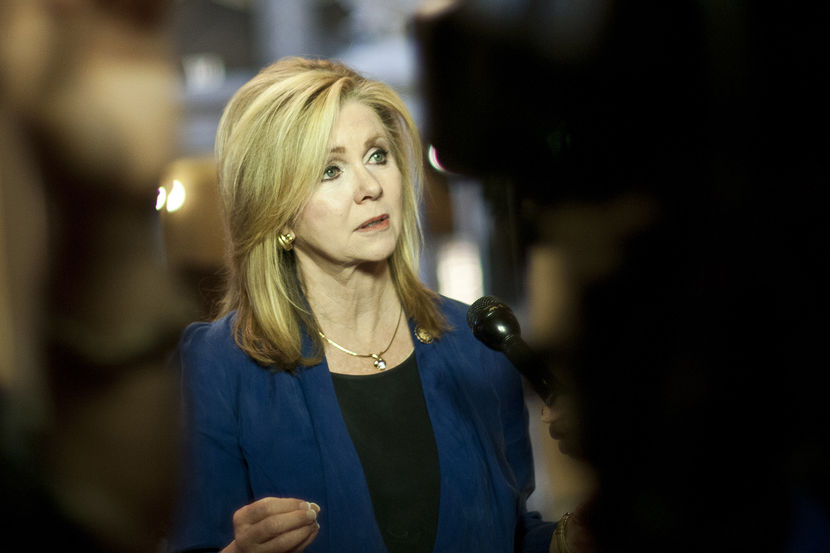 Sen. Marsha Blackburn sat down with Maria Bartiromo on Fox News yesterday, and the host asked about what’s likely to happen with President Joe Biden’s Build Back Better agenda. The Tennessee Republican’s response was, well, let’s just say it was unreserved.

“[T]he American people have figured out that what they’re trying to do is institutionalize socialism. They’re trying to do a takeover of the country in one vote. They want government control of your kids…. They want government control of health care. They want to demoralize the military, close the churches, destroy your faith in the American system. And then here they’re going to come with the socialist program to run your life from cradle to grave, daylight to dark.”

As the GOP senator’s rant concluded, the Fox host added, “Unbelievable.” And at a certain level, that response made sense — because if we’re being literal, Blackburn’s over-the-top criticisms were, in fact, unbelievable.

In any political discussion, criticisms must be vaguely plausible to be effective. If I wrote an analysis criticizing a Republican tax plan as a giveaway to the wealthy, you’d probably find the assessment credible. But if I wrote an analysis saying a GOP tax plan would literally dispatch Republican lawmakers to your home with blowtorches, you’d likely be a little skeptical.

And with good reason. Over-the-top condemnations not only sound implausible on their face, they also require greater evidence.

In the case of the Democrats’ popular Build Back Better plans, Republicans initially focused attention on the overall price tag, which didn’t seem to have much of an effect on the agenda’s popularity. From there, assorted GOP voices have emphasized the physical height of piles of money and the number of pages in the proposal.

Now, evidently, the policy debate — to the extent that anyone could seriously refer to this discussion as a debate over policy — has arrived at the point at which a sitting Republican U.S. senator feels comfortable telling a national television audience that Democrats intend to “take over” the country, take control of children, demoralize the armed services, and close churches.

Obviously, this is ridiculous. But it’s also a reminder that the nation could be in the midst of a meaningful and substantive conversation right now about an ambitious legislative vision. As best as I can tell, Democratic proponents of the Build Back Better plan would love to engage in such a debate. They’re practically begging for the discourse to evaluate their plans on the merits.

But instead of a great debate, Americans are stuck listening to unfortunate nonsense such as Blackburn’s silly tirade.