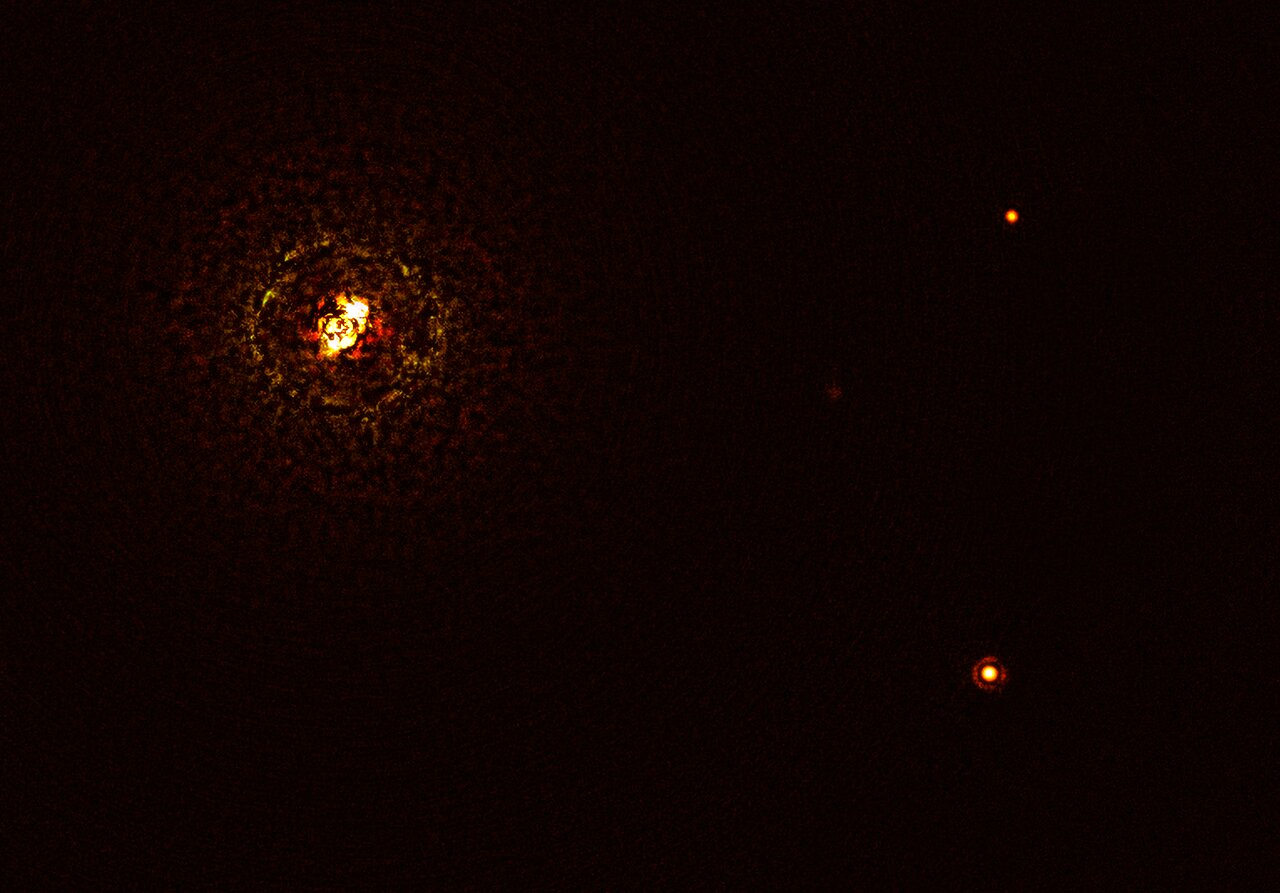 Scientists have discovered a giant planet orbiting a massive pair of extremely hot stars, an environment previously thought too inhospitable for a planet to form.

A research article published Wednesday in the science journal Nature said that the discovery of the planet, named “b Centauri (AB)b” or “b Centauri b,” disproves a widely-held belief among astronomers.

“Until now, no planets had been spotted around a star more than three times as massive as the Sun,” wrote the European Southern Observatory, which photographed the planet from its Very Large Telescope (VLT) in the Chilean desert.

The “B-type” dual star, which sits at the center of a solar system in the Centaurus constellation, is extremely massive and hot. It emits large amounts of high-energy ultraviolet and x-ray radiation, which has “a strong impact on the surrounding gas that should work against planet formation,” ESO said.

“B-type stars are generally considered as quite destructive and dangerous environments, so it was believed that it should be exceedingly difficult to form large planets around them,” Janson said in the press release.

“It’s a harsh environment, dominated by extreme radiation, where everything is on a gigantic scale: the stars are bigger, the planet is bigger, the distances are bigger.”

The planet’s discovery was described in July and formally published in Nature on Wednesday, with researchers saying the “results show that planets can reside in much more massive stellar systems than what would be expected from extrapolation of previous results.”

The newly discovered b Centauri (AB)b is an exoplanet, a planet located outside of our own solar system, and “is 10 times as massive as Jupiter, making it one of the most massive planets ever found,” ESO wrote.

Co-author Gayathri Viswanath, a PhD student at Stockholm University, added in the press release that it is “an alien world in an environment that is completely different from what we experience here on Earth and in our Solar System.”

“It’s a harsh environment, dominated by extreme radiation, where everything is on a gigantic scale: the stars are bigger, the planet is bigger, the distances are bigger,” Viswanath wrote.

Its orbit is “one of the widest yet discovered,” 100 times greater than the distance between Jupiter and the Sun, ESO wrote. “This large distance from the central pair of stars could be key to the planet’s survival.”

While the ESO photograph published this month is the first of the planet since it has been identified, b Centauri (AB)b was imaged but unrecognized in previous telescope captures, researchers said.

In an email to NBC News, Janson said the discovery has motivated him and his colleagues to expand on a survey called BEAST, which is examining 85 similar stars.

“We will be attempting to acquire more telescope time for an extended survey, and we are also scanning all the telescope archives after any individual high-mass stars that might have been observed in the past,” Janson wrote.

“I think in the field altogether there will be an increased search intensity toward high-mass stars, both for the purpose of detecting planets, but also for characterizing them, to find out what they are composed of and try to figure out more in detail how they might have formed.”