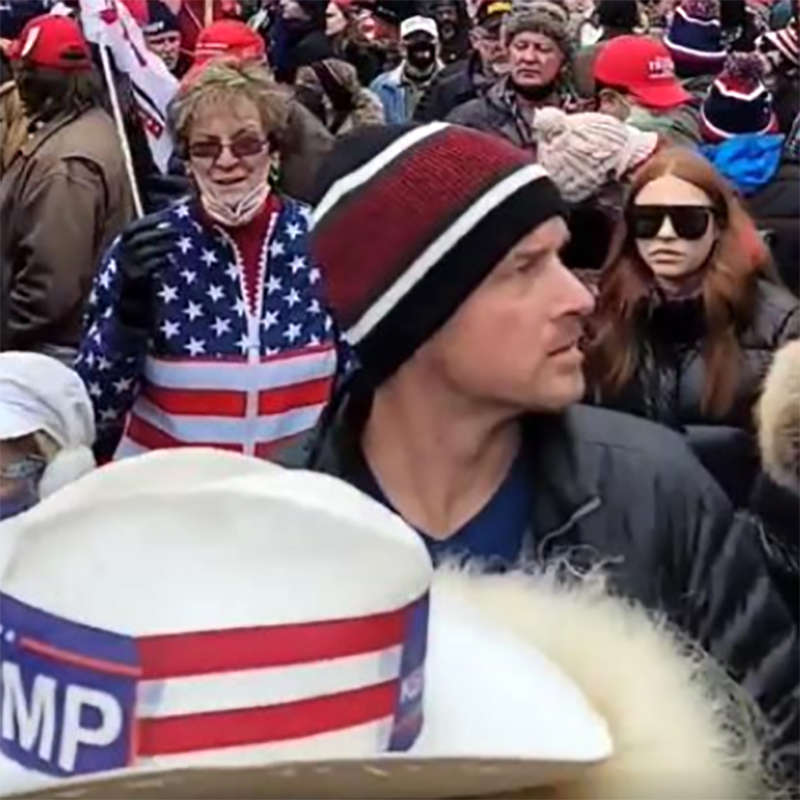 A Michigan man who allegedly pepper-sprayed authorities during the Jan. 6 riot at the U.S. Capitol and wrote on Facebook that his life hadn’t “been the same since” was accused Wednesday of assaulting police with a dangerous weapon and other crimes.

Boughner faces several other charges, including engaging in physical violence in a restricted building, disorderly conduct and civil disorder, according to a complaint filed in U.S. District Court in Washington D.C.

After last year’s presidential election, Boughner allegedly asserted on Facebook that then-President Donald Trump hadn’t lost and a “war” was coming, according to a statement of facts filed in federal court.

“USA will be dealing with all the evils in the world,” he allegedly wrote. “They tried to use the flu too steal our country.”

On Jan. 6, he traveled to Washington with a sibling and his wife, the documents say.

In a Facebook post from that day, Boughner allegedly said: “That was wild. We made it to the senate floor till National guard started fight back.”

On the same day, he used an expletive to describe what he had done to police, the documents say.

A little over a month later, Boughner allegedly wrote that his life hadn’t “been the same since this day.” He added: “I still don’t know how I ended up on the capital steps having a pepper spray fight with the capital police.”

It wasn’t clear if Boughner has a lawyer. Court records did not list one.

Roughly 700 people have been accused of various crimes in the Jan. 6 riot, according to the U.S. Attorney’s Office in Washington D.C. By last month, more than 100 had pleaded guilty, mostly to misdemeanors.