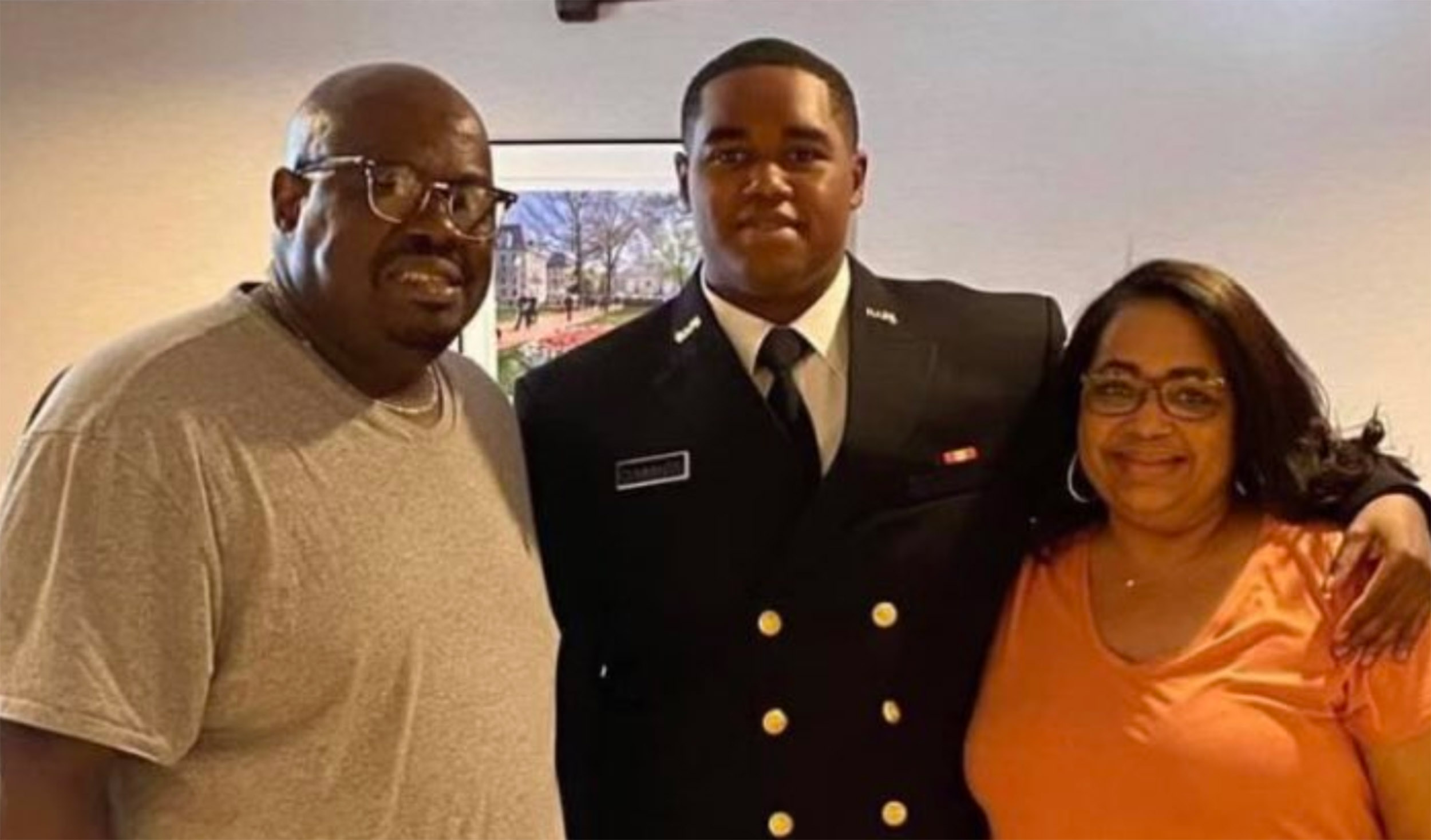 The mother of a U.S. Naval Academy football prospect was hit and killed by stray gunfire while she was on a hotel patio in Maryland, authorities said.

Michelle Jordan Cummings, 57, of Houston, Texas, was struck by random bullets just after midnight Tuesday as she sat on the balcony at the Graduate Hotel in Annapolis, according to police. Cummings and her husband were visiting the city to help their son settle into the school, NBC Washington reported.

Officers and medics provided emergency aid, but Cummings was pronounced dead at the hotel.

Police said they believe the gunfire occurred a block away on Pleasant Street. Investigators have not identified a suspect in the shooting.

“What turned out to be a celebratory occasion … turned into a tragic event,” Annapolis Police Chief Edward Jackson said.

BREAKING Annapolis Police tell me 57 y/o Michelle Jordan Cummings & her husband were on a hotel patio this morning.
Stray bullet hit Cummings & she died. She & husband were in town to “see their son off” for the Naval Academy. He is Navy Football Prospecthttps://t.co/5H8WIXjvDl pic.twitter.com/996NUxLj1W

Cummings’ son was scheduled to be inducted as an incoming plebe Wednesday night, according to NBC Washington, which reported he planned to go through with the ceremony.

In a statement to NBC News on Tuesday, the U.S. Naval Academy described Michelle as the “proud mother of Midshipman Candidate Leonard Cummings III, a 2021 graduate of the Naval Academy Preparatory School in Newport, R.I., and incoming plebe (freshman) for the Naval Academy Class of 2025.”

Authorities are offering a combined $20,000 reward for information leading to a suspect.