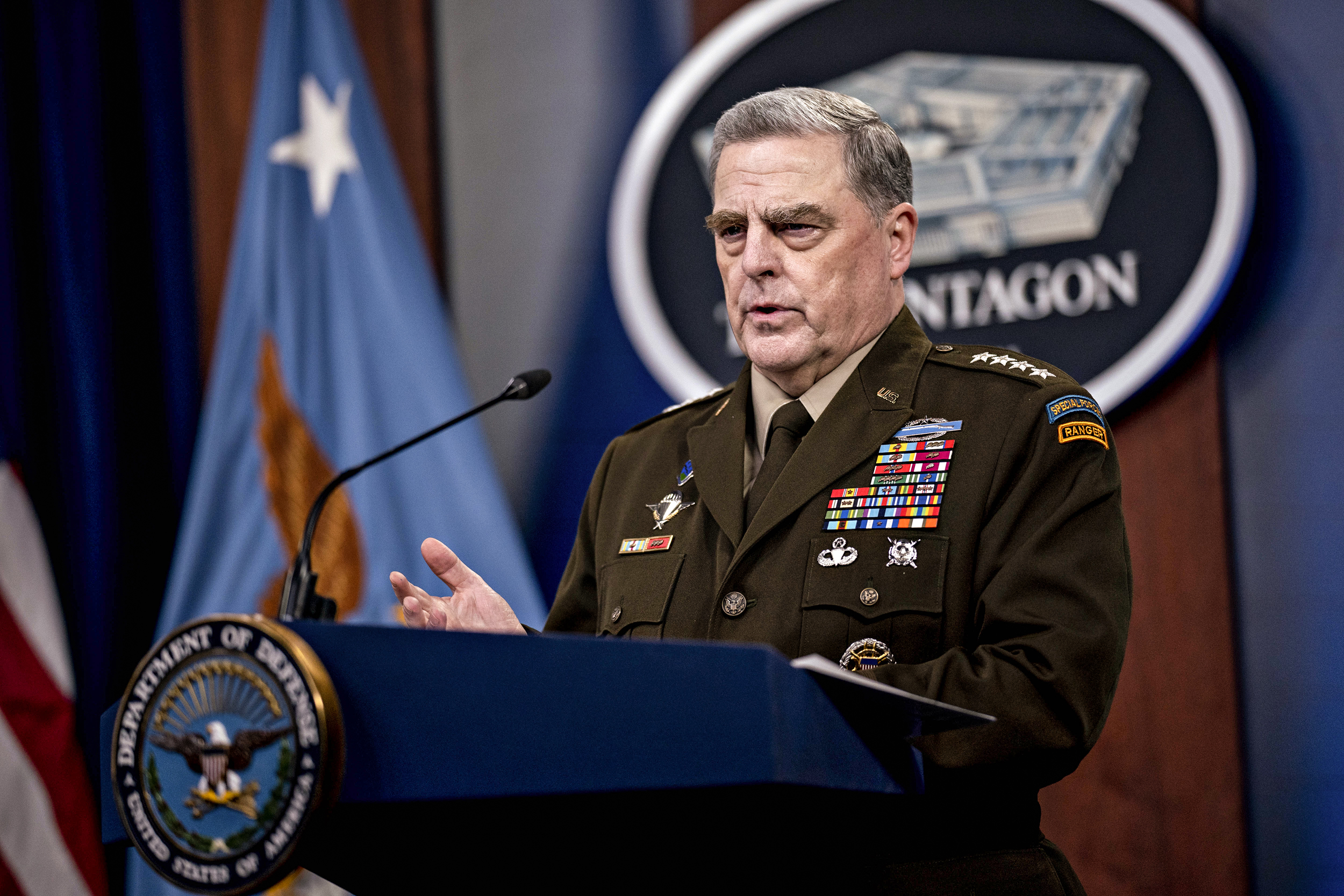 Chairman of the Joint Chiefs of Staff Mark Milley took steps to prevent then-President Donald Trump from misusing the country’s nuclear arsenal during the last month of his presidency, according to a new book by the Washington Post’s Bob Woodward and Robert Costa obtained by NBC News.

Their book, “Peril,” said in the days before the 2020 election, there was Milley also acted to prevent a potential conflict with China. The book says that Milley received intelligence that Chinese officials believed the U.S. was getting ready to attack them. In order to defuse tensions, Milley called the head of China’s military, Gen. Li Zuocheng, and told him the “American government is stable” and “we are not going to attack.”

“If we’re going to attack, I’m going to call you ahead of time. It’s not going to be a surprise,” Milley is quoted as saying.

“We’re not going to have a fight,” Milley told him, according to the book. Li replied, “Okay.” “I take you at your word,” Li said.

Trump told Newsmax on Tuesday evening that he “never thought” of attacking China.

“For him to say I was going to attack China is the most ridiculous thing I ever heard,” he said.

Trump said that if Milley did tell the Chinese that he would warn them ahead of an attack that the conversation is “treasonous.”

“That is a disgrace,” Trump said.

The book, set to be released on Sept. 21., also recounts a phone conversation Milley had with House Speaker Nancy Pelosi after the Jan. 6 violence at the Capitol, which Pelosi blamed on an “unhinged” Trump. Pelosi said in January that she spoke to Milley about “preventing an unstable president from initiating military hostilities or accessing the launch codes and ordering a nuclear strike.”

“I can guarantee you, you can take it to the bank, that there’ll be, that the nuclear triggers are secure and we’re not going to do – we’re not going to allow anything crazy, illegal, immoral or unethical to happen,” Milley told her, according to a transcript of the call obtained by the authors.

“The president alone can order the use of nuclear weapons. But he doesn’t make the decision alone. One person can order it, several people have to launch it,” he said later in the conversation.

Those scenarios didn’t come to fruition.

The book also revealed a previously unreported call between then-Vice President Mike Pence and former VP Dan Quayle in late December. Pence was seeking advice about Trump’s demand that he refused to recognize the election results during the electoral vote count on Jan. 6.

Quayle thought Trump’s suggestion was “preposterous and dangerous,” according to the book. He told Pence, “You have no flexibility on this. None. Zero. Forget it. Put it away.”

Pence told him, “I’ve been trying to tell Trump,” but “there are other guys there saying I have this power.”

Pence told his fellow native Indianan he did have some concerns about the vote in Arizona. Quayle responded, “Mike, I live in Arizona.” “There’s nothing out here,” he said.