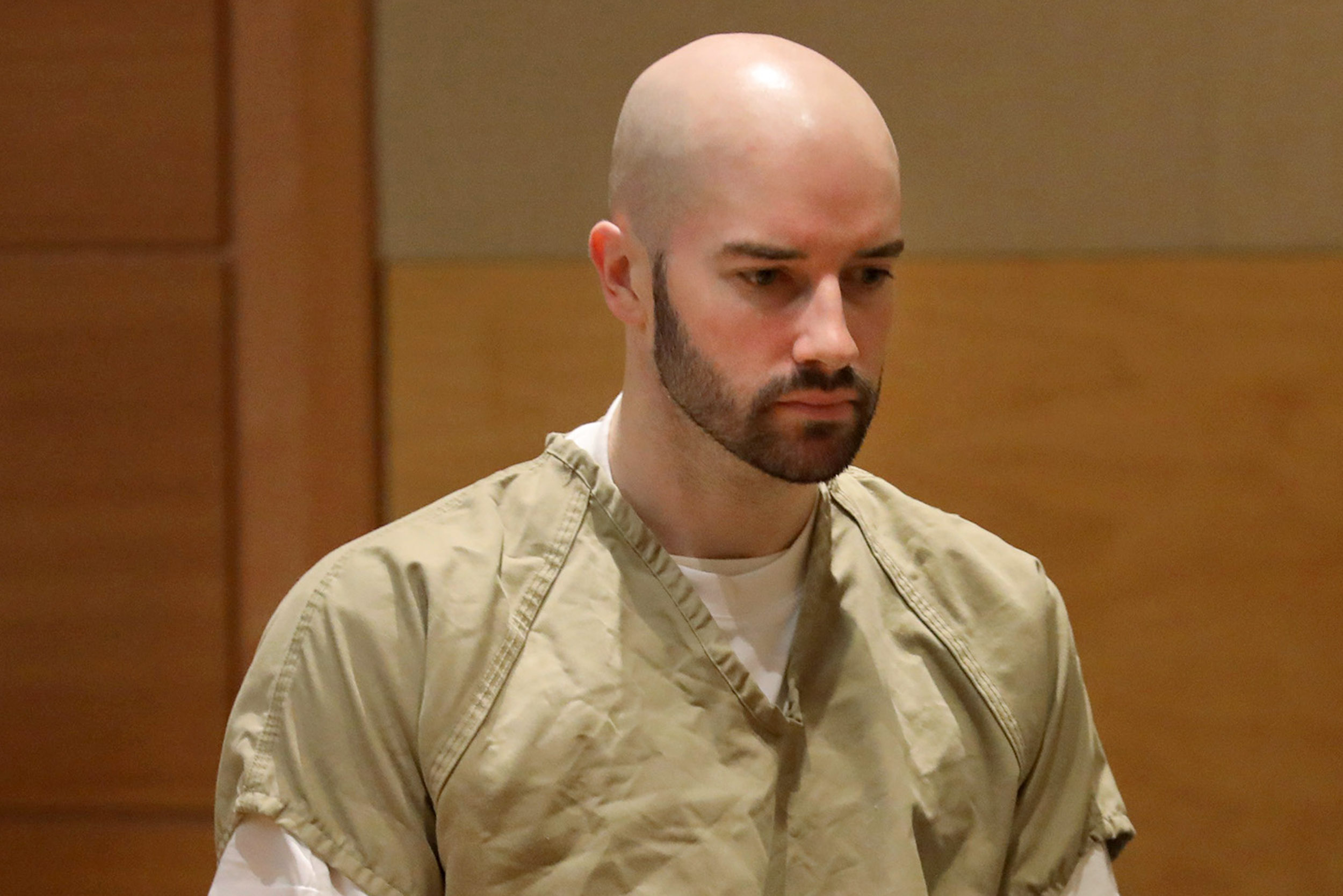 CLAYTON, Mo. — A jury has convicted a Missouri man of first-degree murder in the death of his pregnant wife whose battered body was found about a week after she was reported missing in 2019.

In addition to the murder count, Beau Rothwell, 31, of Creve Coeur, was found guilty Thursday of tampering with physical evidence and abandonment of a corpse, the St. Louis Post-Dispatch reported.

Rothwell admitted killing his wife during his trial, but denied the killing was premeditated and sought conviction on a lesser manslaughter count. He testified during the trial that he bludgeoned 28-year-old Jennifer Rothwell to death with a mallet at their home on Nov. 11, 2019, during a heated argument over his affair with another woman.

Beau Rothwell testified that he hit his wife in the head from behind with a mallet, followed her as she stumbled toward the garage door and hit her again.

He faces life in prison without the possibility of parole when he’s sentenced July 8.

Prosecutors painted Beau Rothwell as a meticulous planner and showed the jury his texts with the other woman, as well as a list of pros and cons he made for leaving his wife. He had reported his wife missing, and police later found bottles of bleach in the home and a wet, blood-stained carpet. Investigators said the blood was his wife’s.

Jennifer Rothwell also had looked up “what to do if your husband is upset you are pregnant” on her cellphone before she went missing, police said. Her body was found about 45 miles northwest of her home and authorities said she was about six weeks pregnant when she died.