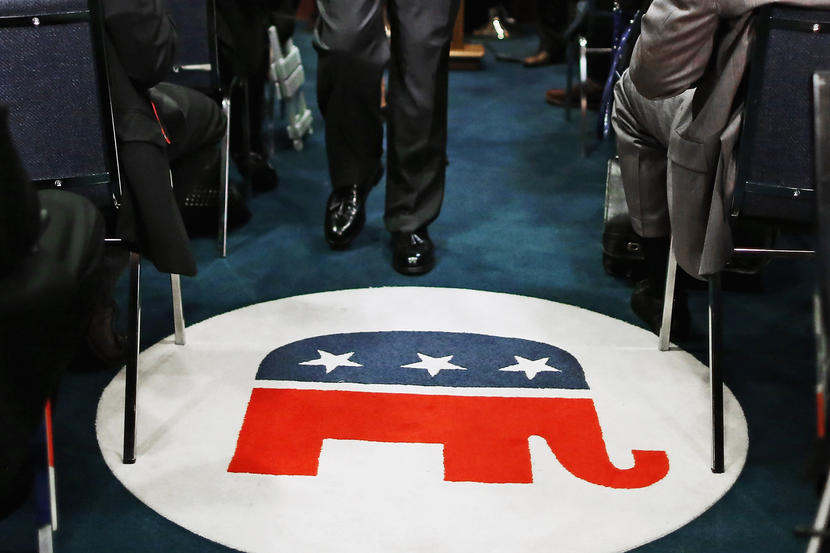 During Donald Trump’s term, the Republican White House faced difficult questions about the number of men in the then-president’s orbit who’d faced domestic violence allegations. Staff secretary Rob Porter, for example, resigned in the face of allegations that he was physically abusive toward both of his ex-wives, though he insisted the claims were untrue.

Steve Bannon, Trump’s former White House chief strategist, also had a domestic-violence charge in his background, though prosecutors ultimately had to drop the charges when Bannon’s then-wife failed to show up for testimony. Andy Puzder, Trump’s choice to lead the Department of Labor, saw his nomination collapse in 2017 in the face of multiple controversies, including spousal abuse accusations.

Four years later, the GOP is facing a similar situation — though this time, it’s allegations surrounding Republicans hoping to be elected to the U.S. Senate.

The Washington Post reported yesterday, for example, on the large number of high-profile Republicans rallying behind Max Miller, a former Trump aide who’s running for Congress in Ohio, and “who faces allegations of domestic violence.”

In a Washington Post op-ed, former White House press secretary Stephanie Grisham on Tuesday accused her former boyfriend of being violent toward her during their time working in the White House. She did not name him. But within hours of the piece’s publication online, Miller sued Grisham, alleging defamation. Through his lawyer, he denied the allegations.

Miller, it’s worth noting for context, has already received Trump’s support for his congressional candidacy.

What’s more, as the HuffPost noted yesterday, there are related controversies surrounding other GOP candidates running for Congress in the 2022 cycle:

In Missouri, a woman who had an affair with former Gov. Eric Greitens said he sexually assaulted her and blackmailed her with nude photos. The estranged wife of Army veteran Sean Parnell, the leading Republican candidate in Pennsylvania, twice took out temporary protection-from-abuse orders against him. The ex-wife of Herschel Walker, the football legend who is the front-runner for the GOP nomination in Georgia, claimed in divorce records that he was physically abusive and threatened to murder her.

There are plenty of caveats to a story like this one. For one thing, each of the Republican men have denied wrongdoing. For another, it’s not yet clear how many of these GOP candidates will end up winning their respective primaries and advancing to the 2022 general elections.

That said, there’s a distinct possibility that all of these candidates will be Republican nominees in next year’s midterm cycle, which should leave GOP leaders with some difficult questions about the extent to which the party cares, if at all.