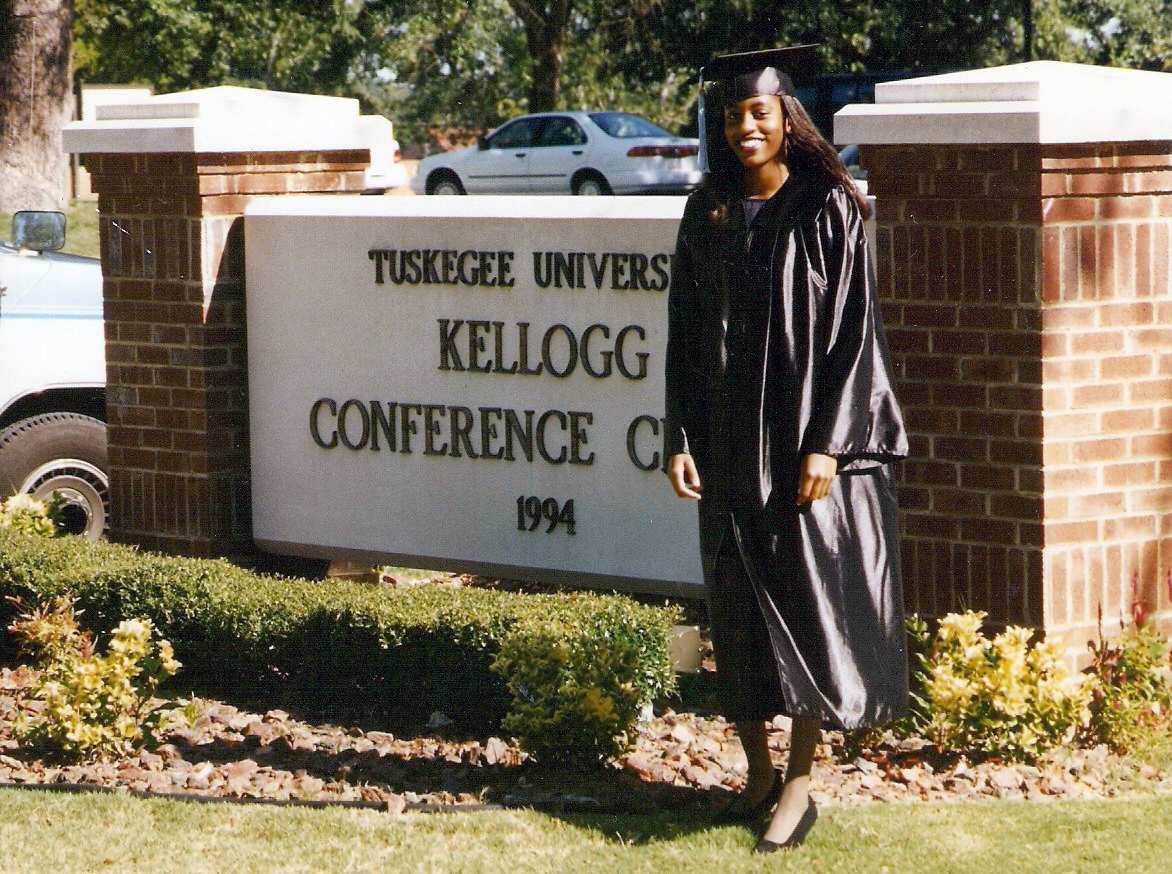 It’s been more than 25 years since I enrolled at Tuskegee University four months shy of my 18th birthday. Three years later — just shy of my 21st birthday — I received my Bachelor of Arts in English. It would be a mistake to see my quick graduation as an indictment of the curriculum; Tuskegee delivers rigorous courses of study. Quite simply, absent racial microaggressions, blackface incidents and physical marginalization as a student at a historically Black university, Tuskegee afforded me a safe environment to focus on my studies and develop healthy relationships among my peers. This inoculation of Black excellence combats sensations of imposter syndrome that occur when Black women are simultaneously tokenized and marginalized in professional spaces.

As I prepare for my own mid-tenure review, I can’t help but feel an affinity with Nikole Hannah-Jones, who recently turned down an offer of tenure from the University of North Carolina at Chapel Hill to take a tenured position at Howard University, an HBCU, after UNC initially denied her tenure request. We’re the same age and both Midwestern children of the Great Migration, the mass exodus of Black residents from the South from roughly 1915 to 1970. With a well-reviewed debut novel out this month, consistent publication record, dedicated university service and good relationships with my department, I should feel confident about tenure. But so should have Hannah-Jones, a MacArthur Fellow, Pulitzer Prize winner and one of the most eminent journalists of our time for her watershed 1619 Project for The New York Times.

Black women everywhere celebrated Hannah-Jones’s rejection of UNC’s belated tenure offer. Her genius would be wasted on those who merely seek to control what they themselves do not possess. HBCUs nurture Black people, and Howard University — with Kamala Harris, Zora Neale Hurston, Toni Morrison and Chadwick Boseman just a few of its notable alumni — is HBCU royalty. Hannah-Jones’ treatment reinforces the importance of HBCUs for what they provide both to students, and to faculty.

Because HBCUs are racially homogeneous spaces, they tend to be free of racialized issues. That isn’t to say that they don’t also witness sexual assault, hazing, cultural insensitivities and other issues that plague all universities. But HBCUs create a safe space where Black students are not curios oscillating between states of invisibility (often in classrooms) and hypervisibility (often in social settings).

I spent the first half of my life entrenched in Blackness. I grew up on the South Side of Chicago and attended predominantly Black schools, including one of the top-ranked schools in the country, Whitney M. Young Magnet High School. It wasn’t until entering my Ph.D. Program for Writers that I began to experience being the only Black face in white spaces.

Although the University of Illinois at Chicago itself was diverse, my Ph.D. program mirrored those at predominantly white institutions, and I was the only Black student in my cohort. In retrospect, I view it as a very kind introduction to marginalization and the experience of being part of a group in such a way that you can be detached from it like a perforated line denoting where a portion of paper can be severed. I imagine the five-year contract to be the Knight Chair of Race and Investigative Journalism that UNC originally offered Hannah-Jones in lieu of tenure as that perforated line intended to be “cut here” after the contract’s expiration.

My first post-doctoral teaching position — a one-year, nonrenewable (see “cut here”) role at a predominantly white institution on Chicago’s North Side — was an intense exercise in unbelonging. Student evaluations called me racist for teaching African American literature and ungrateful for not being enthusiastic enough for being there. Although the contract position was described as a way to nurture post-doctorates pursuing tenure-track positions, the intense four-course-per-semester teaching load and lack of support for the academic job market indicated otherwise. If not for my positive teaching experiences in my Ph.D. program, I would have quit.

Now as a tenure-track professor building my mid-tenure review portfolio, I think about my service as a professor and a mentor to all of my students regarding “the problem of the color line.” W.E.B. DuBois predicted in 1903 that the color line would be “the problem of the 20th century,” but it certainly has endured well into the 21st. How can I create safe spaces for my students while facilitating conversations that walk boldly within our differentiated experiences? How can I bring the HBCU love to my Black students; a rainbow to my LGBTQ+ students; a lighthouse to my white students; and a model for those with intersections that defy categorization? Additionally, how can I do and be all of this for my students while simultaneously experiencing the same set of marginalizations as a faculty member?

Black folks writing about race are always asked, “Why does it always have to be about race?” It doesn’t. In fact, we wish it weren’t. When I remove race from my experiences teaching at majority white universities, they seem quite pleasant. It’s how I imagine teaching at an HBCU will be for Hannah-Jones. Whatever difficulties and professional politics that she will have to navigate (it is academia, after all), they will not be negatively affected by her race.

Although Hannah-Jones did not attend an HBCU as a student, these campuses are home to all Black students and faculty. There are no perforated “cut here” lines — just an entire continent of Black abundance.

M Shelly Conner is an assistant professor of creative writing at the University of Central Arkansas. Her multigenre writings examine culture through a dapperqueer womanist lens and include publications in Crisis Magazine, the A.V. Club, and the Grio. She recently published her debut novel, “everyman.”