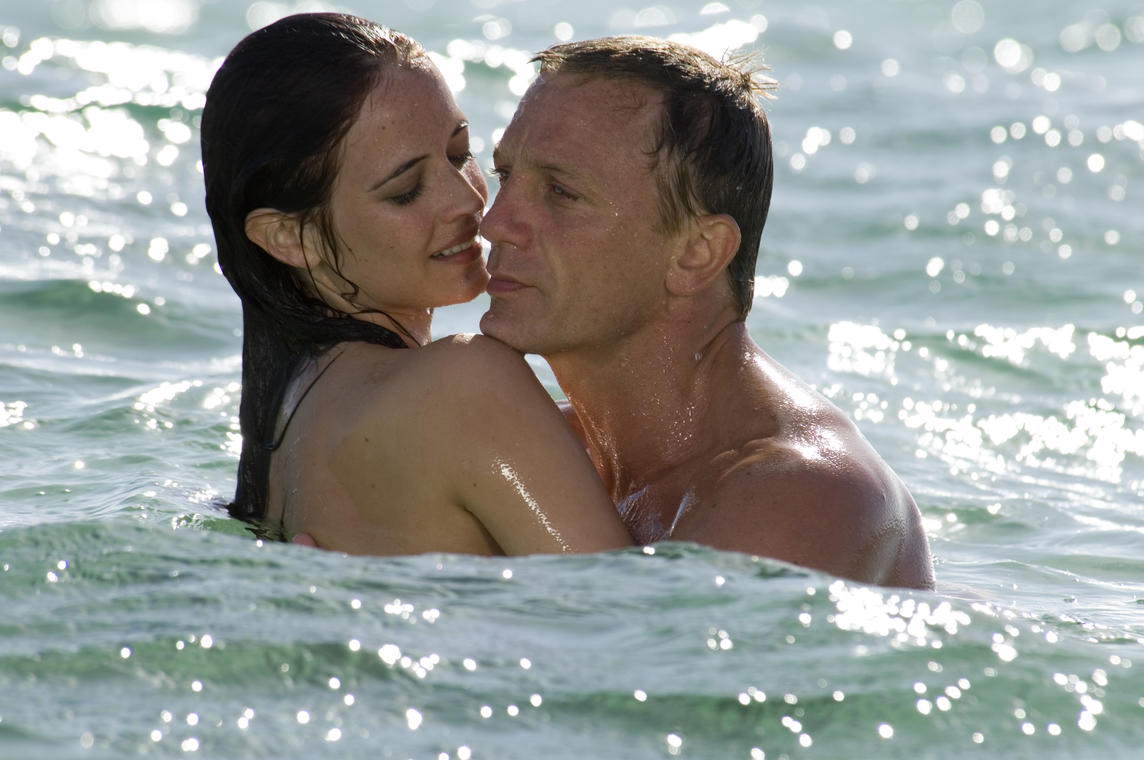 “No Time to Die” is the final James Bond film starring Daniel Craig. It’s a transitional movie, focused on history and legacy. As such, it pointedly references and reprises the first Craig film, 2006’s “Casino Royale.” These Craig Bond bookends work together to demonstrate that the best Bond films are not actually about Bond. As a result, it inadvertently makes a strong case for retiring 007 once and for all.

These Craig Bond bookends work together to demonstrate that the best Bond films are not actually about Bond.

“Casino Royale” was meant to reinvigorate the Bond franchise, and not just by casting the charismatic Craig. The film was set early in Bond’s career, and it made him more vulnerable and more human, primarily by allowing another character to upstage him. Eva Green as Vesper Lynd was less like the typical Bond girl and more like the British superspy himself — effortlessly charismatic, suave, brilliant, an expert at double-cross and able to make audiences and protagonists fall for her with equal aplomb. She was Bond’s match in a way villains like Dr. No or Blofeld never were. Being dazzled, out-thought and out-charmed made Bond a deeper and more intriguing character.

The only problem with Vesper Lynd was that she was so riveting that they had to kill her off, lest she steal the series. Subsequent Craig films mostly presented the hero in the traditional Bond manner. He was a man without peer, and therefore also without much character or interest. “No Time to Die” is typical with its fill-in-the-Bond-blank plot: a ranting mad villain (Rami Malek), a global terrorist threat, car chases, gunfights, a child in danger, etc. Even with familiar characters imperiled more effectively than in earlier installments, the stakes are virtually nonexistent. And a main character who exists in a vacuum is largely airless and empty.

The film’s failures are all the more stark because it keeps drawing parallels with “Casino Royale.” The opening scene is set at Lynd’s grave, and the movie is filled with women who serve as stand-ins for her in one way or another. A Cuban CIA agent, Paloma (Ana de Armas), wears a plunging dress reminiscent of Green’s signature look and picks out a tuxedo for Bond, just as Lynd did before her. Lashana Lynch plays Nomi, the woman who (temporarily) takes over the 007 designation from Bond after he retires, just as Lynd in some ways replaced Bond in his own film.

But the most obvious stand-in for Lynd is the romantic lead, Madeleine (Léa Seydoux). Madeleine urges Bond to forget the deceased Lynd and takes her place as the love of Bond’s life and as his (maybe) betrayer. She’s got a complicated backstory of her own and an intense history with Bond, and on top of all that, she’s a brilliant psychotherapist.

What she doesn’t have is Green’s insinuating flare or enough narrative space to actually balance or challenge Bond for narrative importance. And having so many would-be Lynds means they all start to seem like interchangeable afterthoughts. They don’t humanize Bond by cutting him down to size (“I sized you up the moment I saw you,” Lynd boasts.) As per Trinity Syndrome, they boost him by being deadly and cool and smart, but not quite as deadly and cool as smart as he is.

In this respect, it’s significant that Madeleine, Nomi and Paloma all are presented as deadly fighters. This is supposed to make them strong female characters, but since Bond is always the toughest physical fighter in any room, it just reinforces their secondary roles. Lynd was largely useless in a physical confrontation — which made her all the more impressive when she repeatedly bested Bond anyway.

There are many bad films in the Marvel Cinematic Universe and the DC Extended Universe, but even the worst of them has multiple main and supporting characters in whom creators and fans are supposed to be invested. “The Hitman’s Bodyguard” is an empty-headed buddy-action film — but it’s got buddies. There are at least two characters who interact and who matter.

Bond, though, is a child of Cold War imperialism; his movies are about that one masterful, violent man who travels around the world to demonstrate the superiority of a white British guy to everyone else.

For a moment there, the Craig Bond franchise seemed to have discovered a different formula: Find someone with as much star power as your lead and write a script where she’s as much the focus as he is. Sadly, that just isn’t sustainable, creatively or conceptually.

A Vesper Lynd can pass through once every 20 years or so. Nomi can get the 007 designation for part of a movie. But Bond films are films about Bond. He fills the screen. He’s all there is. Craig will go, but absent a thoroughgoing reimagining that “No Time to Die” insistently dodges, someone else will step into that tux and plod onward, bland and alone.