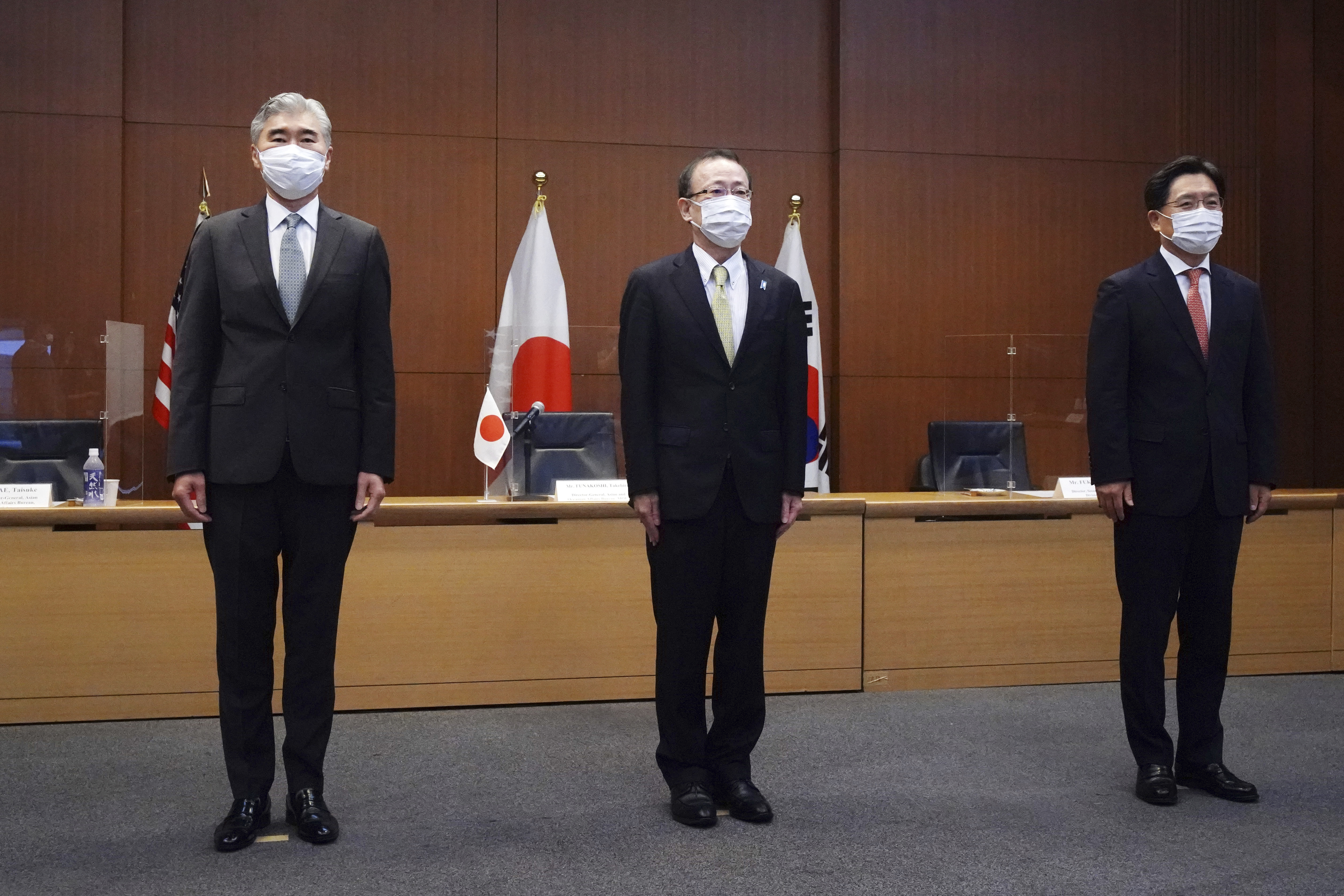 The tests are the first conducted by Kim Jong Un’s regime in almost six months.

In a statement Wednesday, South Korea’s Joint Chiefs of Staff said the two ballistic missiles had been launched from a central inland area of North Korea and flown into the sea off the east coast of the Korean Peninsula. It said South Korean and U.S. intelligence agencies were conducting detailed analysis for additional information and that the South Korean military had strengthened surveillance in the area.

In Japan, Prime Minister Yoshihide Suga confirmed that the weapons were believed to be ballistic missiles and called the launch “a threat to the peace and security of Japan and to the region.”

“This is simply outrageous,” Suga said, adding said the missiles had fallen outside Japan’s exclusive economic zone but that the government would monitor the area “more closely than ever.”

Both South Korea and Japan said they would be holding meetings of their national security councils.

The U.S. military’s Indo-Pacific Command said it was aware of the missile launch and “consulting closely with our allies and partners.”

The launch “highlights the destabilizing impact of the DPRK’s illicit weapons program,” it said in a statement, using the country’s official name, the Democratic People’s Republic of Korea.

On Monday, North Korean state media said a new long-range cruise missile had been tested twice over the weekend. The missile was described as “a strategic weapon of great significance,” suggesting that it could be North Korea’s first cruise missile with nuclear capability. It is unknown whether North Korea has been able to develop nuclear warheads small enough to be mounted on a cruise missile.

Before this month, North Korea’s most recent weapons activity was in March, when it tested a new tactical short-range ballistic missile. It also launched a cruise missile hours after President Joe Biden was inaugurated in late January, in keeping with its practice of testing new U.S. leaders.

Talks on dismantling North Korea’s weapons programs have been stalled since 2019, when discussions between former President Donald Trump and North Korean leader Kim collapsed over the issue of U.S. sanctions. While the Biden administration has signaled openness to diplomacy, it has said there will be no sanctions relief until North Korea makes progress toward denuclearization.

Nuclear envoys from the U.S., South Korea and Japan met in Tokyo on Tuesday to discuss how to end the diplomatic standoff with the North.

North Korea was also among the issues to be addressed by Chinese Foreign Minister Wang Yi and South Korean officials, including President Moon Jae-In, at meetings in Seoul on Wednesday.

As North Korea’s biggest trading partner, China is seen as having more influence over its government than the U.S. and its East Asian allies.

Easley said that launching the ballistic missiles while a senior Chinese official is in Seoul “makes Beijing appear unwilling or unable to restrain Pyongyang.”

The test on Wednesday “highlights China’s responsibility to do more to safeguard stability in Northeast Asia,” he added.