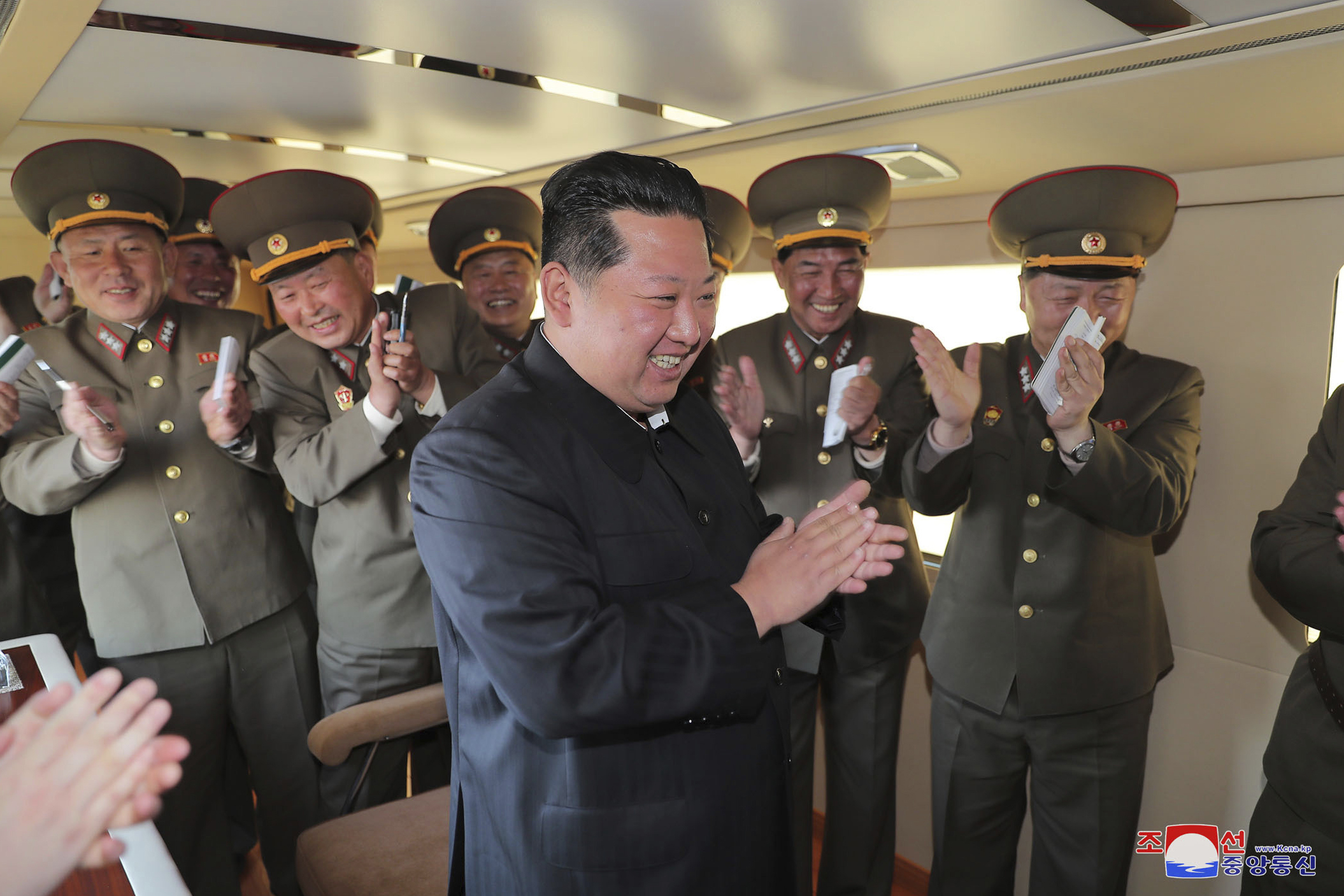 The parade occurred on Monday during celebrations for the founding anniversary of North Korea’s armed forces, state news agency KCNA said. It comes as Pyongyang has stepped up weapons tests and displays of military power amid stalled denuclearization talks with the United States and an incoming conservative administration in South Korea.

“The nuclear force of the Republic must be ready to exercise its responsible mission and unique deterrence anytime,” Kim told the gathering, according to KCNA.

The fundamental mission of the North’s nuclear force is to deter war, but that may not be the only use if other countries impose undesired circumstances, he added.

The parade featured North Korea’s largest ICBM, the Hwasong-17, KCNA reported. The massive missile was test-fired for the first time last month, but officials in South Korea believe efforts to conduct a full test ended in an explosion over Pyongyang.

North Korea’s state media did not immediately release imagery of Monday’s parade, but the processions often display previously unseen weapons, and usually include rows of conventional weapons such as artillery and tanks, plus tens of thousands of goose-stepping troops shouting “long life” to Kim Jong Un.