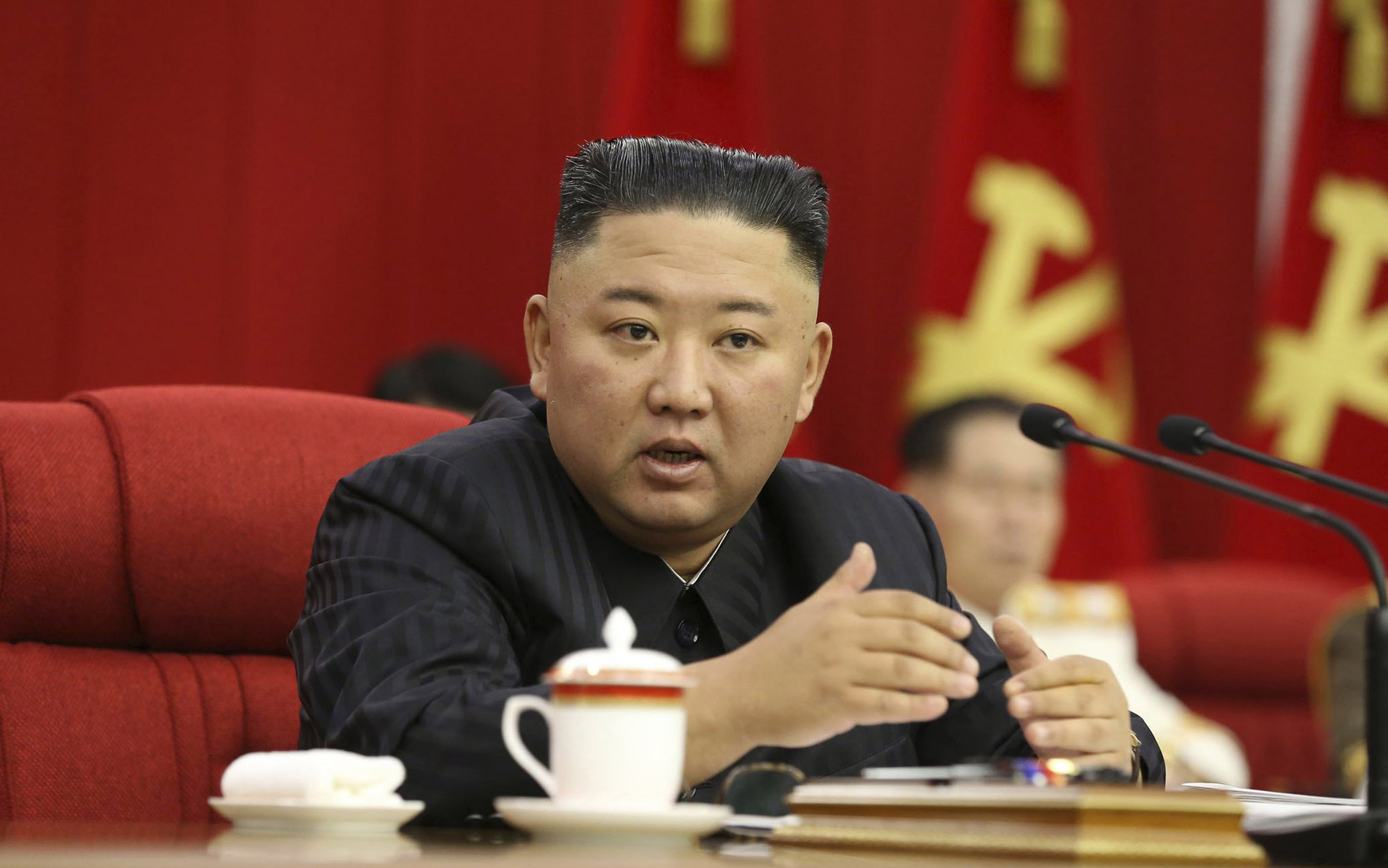 North Korean leader Kim Jong Un told his country to prepare for “both dialogue and confrontation” with the United States, state media reported Friday — but more for confrontation.

The remarks come after months of Kim ignoring Washington’s attempts to restart stalled nuclear negotiations, and are the first directed at President Joe Biden since the White House unveiled its new policy on how to deal with the threat from Pyongyang.

At a ruling party meeting Thursday, Kim gave a “detailed analysis” of Biden’s North Korea policy, the state-controlled KCNA news agency reported. It said Kim “stressed the need to get prepared for both dialogue and confrontation, especially to get fully prepared for confrontation.”

This two-track approach, coupling diplomacy and militaristic threats, has been used by Kim before.

But the importance of these remarks might not be in their familiar content but rather their timing, according to Cristina Varriale, a research fellow at the Royal United Services Institute, a London think tank.

“For quite a few months now the DPRK has been relatively silent on their foreign policy direction, especially in relation to the U.S. — but these comments break that silence,” Varriale said, using the country’s official name, the Democratic People’s Republic of Korea.

That might be because Kim has now “seen the new Biden administration settle in” and begin to sketch out its approach, Varriale added. “North Korea is now able and willing to begin publicizing its position again.”

Kim’s comments also come days before a visit to South Korea by Sung Kim, the top U.S. official on North Korea. He will hold a meeting with South Korean and Japanese officials in Seoul on Saturday, a trip that emphasizes the importance of those alliances, according to the State Department.

In April, the White House completed its “policy review” on North Korea. Like previous administrations, it says it is aiming for “the complete denuclearization” of North Korea.

But Biden administration officials have made it clear that the approach will be different from the “grand bargain” pursued by former President Donald Trump, and the “strategic patience” favored by former President Barack Obama — both of which failed to make meaningful, long-term progress.

Trump held a series of summits with Kim in 2018 and 2019, but these fell apart after Trump rejected Kim’s calls for extensive sanctions relief in return for a partial surrender of his nuclear capability.

Most experts say it’s unthinkable North Korea will ever give up its nuclear arsenal while the authoritarian Kim dynasty is still in power. Watchdogs say its stockpile could number upward of 60 warheads, coupled with intercontinental ballistic missiles that some experts believe are capable of hitting the U.S. mainland.

The ability to launch a devastating counterstrike on American cities is seen by North Korea as the ultimate insurance policy against any U.S. attempt to topple the Kim regime.

But experts believe that more modest progress might be possible, such as some sort of freeze of North Korea’s nuclear program.

It also seems increasingly clear that North Korea needs to talk. The triple-whammy of international sanctions, Covid-19 and flooding has shrunk the economy of the already isolated and impoverished country and caused widespread food shortages.

On Tuesday, during another appearance at the plenary meeting of the Workers’ Party’s Central Committee, Kim warned of potential food shortages, saying that North Korea’s food situation “is now getting tense.” He urged officials to find ways to boost agricultural production.

On human rights, Biden’s approach is a world away from Trump’s. Whereas Trump said he “fell in love” with Kim, Biden has called him “a murderous dictator” and “a thug.”

The North Korean leader is considered by international monitors to be among the world’s worst human rights abusers, running a deeply repressive police state that controls almost every aspect of public and private life.

In 2014, a United Nations panel said Kim’s North Korea was guilty of committing atrocities against its own people that were “strikingly similar” to those of Nazi Germany.