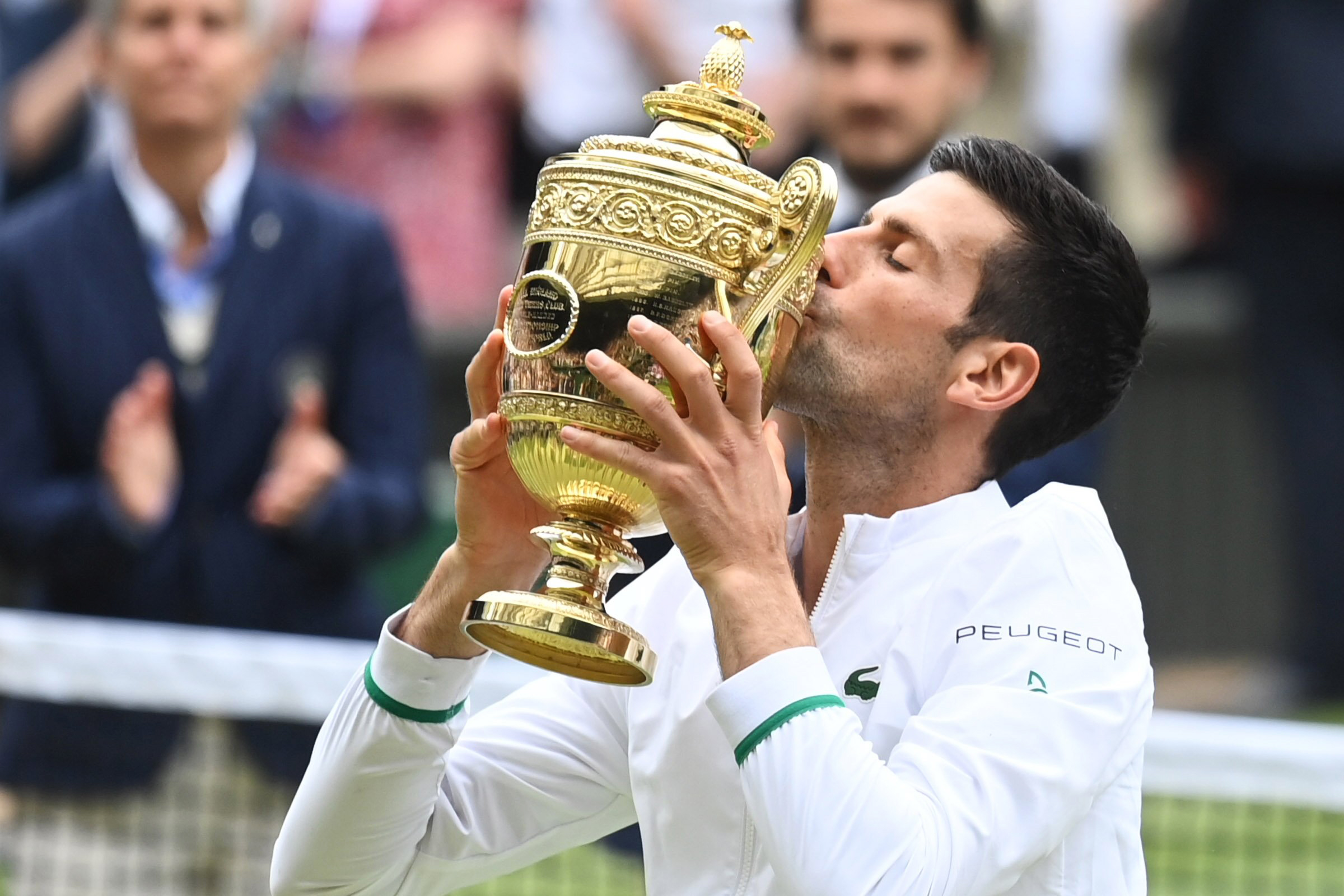 After holding off Berrettini in four sets, Sunday’s win was the Serbian tennis star’s sixth title at Wimbledon.

Djokovic sprawled on the ground after Berrettini hit the net in the final moment of the matchup as the crowd roared around him. After the match, the pair shook hands and briefly embraced.

Djokovic congratulated Berrettini and called him “the Italian hammer.” Then, he recalled his own childhood dreams of Wimbledon.

“Winning Wimbledon was always a biggest dream of mine when I was a kid … I have to remind myself how special this is and not take it for granted,” Djokovic said, recalling how, when he was a 7-year-old in Serbia he made his own Wimbledon trophy, as he imagined one day winning the real thing.

Djokovic said that now that he Federer and Nadal are tied for the most men’s singles Grand Slam titles, he expects the three of them will continue competing until one of them earns the most titles.

“They are legends of our sport and they are the two most important players that I ever faced in my career. They are, I think, the reason that I am where I am today,” he said.

Earlier in the year, Djokovic won his 19th Grand Slam title at the 2021 French Open in June and his 18th at the Australian Open in February. He is also considered the defending champion of Wimbledon, winning the Grand Slam in 2019 against Roger Federer.

Djokovic had previously beaten Berrettini during a matchup at the French Open.

On the way to the final game Berrettini beat Hubert Hurkacz, of Poland, who had previously defeated Federer. Djokovic had beat Denis Shapovalov, of Canada, to advance to the finals.

Berrettini’s appearance in the final match at Wimbledon was the first of any Italian person, man or woman, according to The Guardian.

He has yet to win his first Grand Slam.