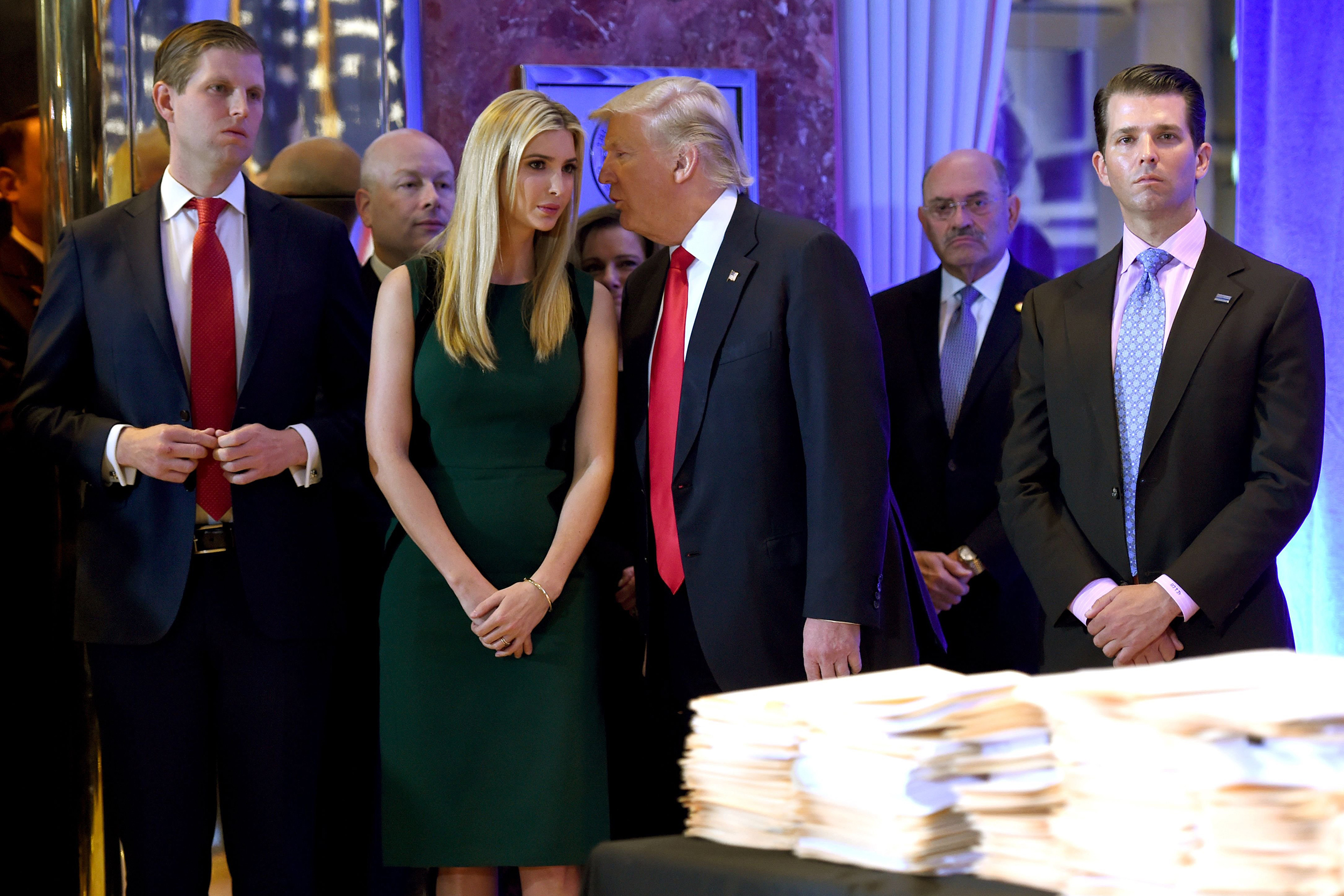 James, who launched her probe in 2019, also said in the court filing that the former president “had ultimate authority over a wide swath of conduct by the Trump Organization involving misstatements to counterparties, including financial institutions, and the Internal Revenue Service.”

Ivanka Trump, a former White House adviser, “was a primary contact for the Trump Organization’s largest lender, Deutsche Bank. In connection with this work, Ms. Trump caused misleading financial statements to be submitted to Deutsche Bank and the federal government,” James wrote.

“Thus far in our investigation, we have uncovered significant evidence that suggests Donald J. Trump and the Trump Organization falsely and fraudulently valued multiple assets and misrepresented those values to financial institutions for economic benefit,” James said in a statement Tuesday. “The Trumps must comply with our lawful subpoenas for documents and testimony because no one in this country can pick and choose if and how the law applies to them.”

Her office added that it “has not yet reached a final decision regarding whether this evidence merits legal action.”

James is conducting a civil investigation into whether the Trump Organization committed fraud in reporting the value of certain properties to banks and tax authorities.

Tuesday’s filing is in response to legal efforts by the former president to quash a series of subpoenas against him, Donald Trump Jr., and Ivanka Trump. James is seeking an order to compel all three to appear for sworn testimony.

The filing says there have been problems with valuations in statements that have not been explained by the Trump Organization.

“In light of the pervasive and repeated nature of the misstatements and omissions, it appears that the valuations in the Statements were generally inflated as part of a pattern to suggest that Mr. Trump’s net worth was higher than it otherwise would have appeared,” James wrote.

In financial statements, the value of the former president’s New York City apartment in Trump Tower was based on an assertion that the space was 30,000 square feet when documents show the apartment was 10,996 square feet, the attorney general’s office said.

Former Trump Organization Chief Financial Officer Allen Weisselberg conceded in a deposition that that resulted in an overstatement of around $200 million, the filing stated.

Because of that, lawyers for Ivanka Trump, Donald Trump Jr. and their father have opposed the subpoenas from James’ office, arguing they are improper.

Ronald Fischetti, an attorney for Trump, said last month: “They have been investigating this for three years. We are not concerned about it, because he has done nothing wrong.”