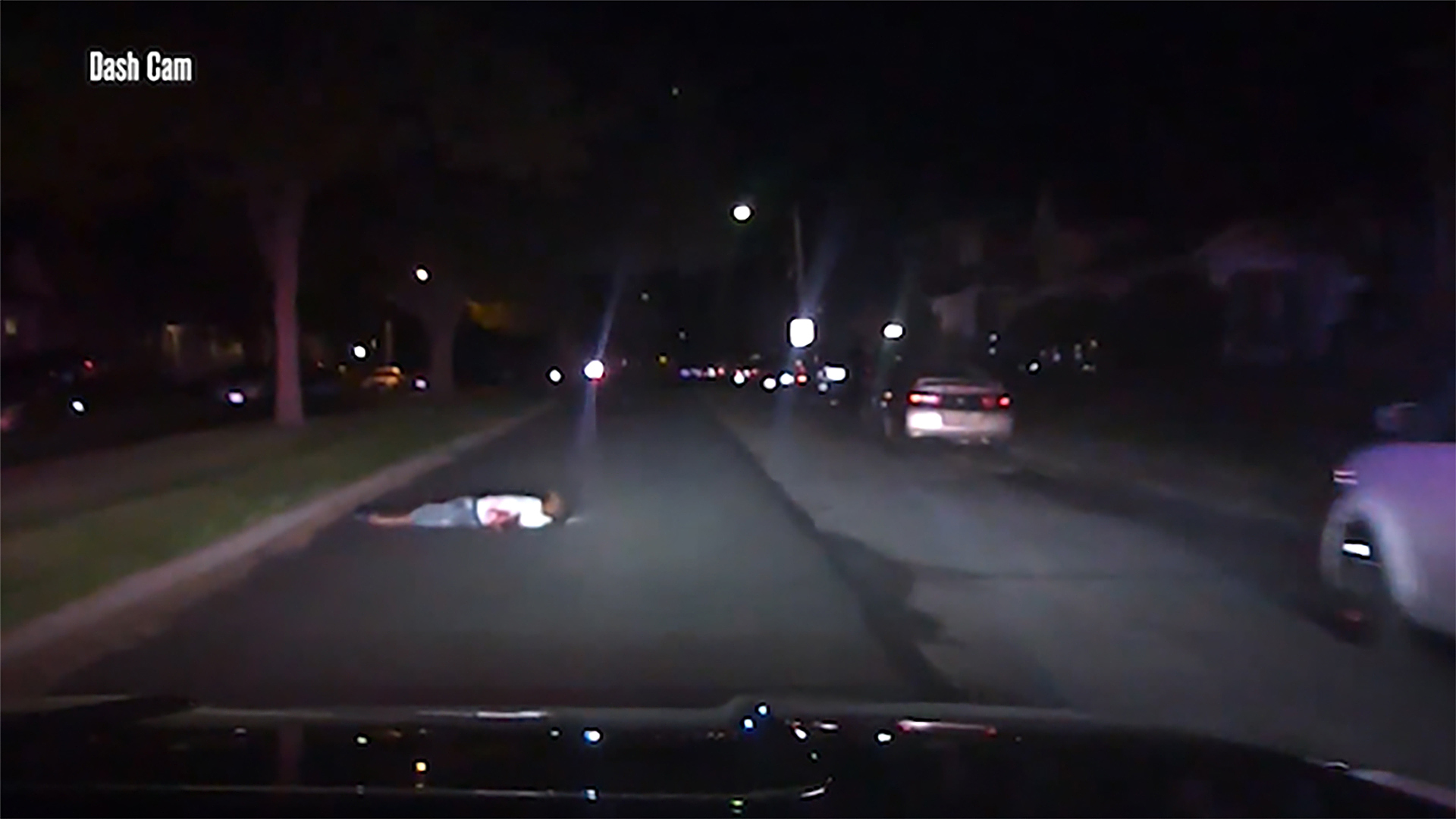 A police officer in Ohio is on leave after dashcam video showed her patrol cruiser running over a shooting victim who died shortly after the incident, officials said.

Springfield police officer Amanda Rosales was behind the wheel of an SUV cruiser on Sunday night when video from inside the cruiser shows the vehicle run over 42-year-old Eric Cole.

Cole, a Black man, was lying on his back in the street and bleeding heavily from wounds to his left arm and left shoulder, police said.

The incident occurred shortly before 11:30 p.m. and Cole was airlifted to a hospital and pronounced dead after midnight on Monday, Springfield Police Chief Lee Graf said during a news conference Wednesday.

Graf, during a sometimes tense media briefing in which Cole’s relatives were in attendance, offered his condolences to them. He also said his officer’s actions were unintentional and the accident may have occurred because officers rushing to the scene were unclear exactly where to find the shooting victim.

“The lead officer was trying to catch addresses on the house. Eric was lying in the street,” Graf said. “This was an accident. It doesn’t mean it’s OK. It was an accident. This was not an intentional act on the part of the officer. I am sure of that.”

Regardless, Graf said, multiple investigations have been launched into the incident, including an internal probe and a crash investigation by Ohio State Highway Patrol. Rosales, who was hired in January 2020, was on paid leave Thursday, a city spokeswoman said.

Police continue to investigate who shot Cole. There have been no arrests as of Thursday afternoon, the city spokeswoman said.

Police released two dashcam videos to NBC News that showed Cole being run over from different perspectives. One video is 95 seconds and shot from a patrol vehicle trailing Rosales’ vehicle. The video from Rosales’ cruiser is slightly longer than 2 minutes.

The videos show Cole’s white shirt covered in blood, and what appears to be him holding something up to his face shortly before the vehicle runs him over. Officers are also seen exiting vehicles and moving toward Cole following the cruiser driving over him. Graf said Wednesday the officers rendered aid to Cole.

Cole called 911 shortly before Rosales ran him over, Graf said.

“He had in fact called and had said he had been shot. He was obviously very scared … saying he ‘thought he was dying,’” Graf said.

Graf pleaded with the public that the view from a dashcam is not always indicative of what a driving officer sees, noting the camera is stable and motorists tend to move from inside vehicles while driving.

“That camera focuses where it’s pointed. It’s not an indicator of what the officer was seeing,” Graf said.

Wilson asked Graf why she wasn’t told “that she ran over my son?”

“I want the officer held accountable just like if they get the suspect, they will hold him accountable,” Wilson said.

Police and city officials on Wednesday also faced criticism because an incident report did not mention the cruiser running over Cole. Officials said that was because a report about the shooting was separate from a report about the on-duty vehicle accident, which is being handled by the state’s highway patrol.

The Montgomery County Coroner’s Office will determine Cole’s cause and manner of death. Brandy Burchett, chief investigator with the office, said Thursday over email those answers are pending and could take up to 12 weeks while the office awaits test results, including toxicology.

Denise Williams, president of the Springfield Chapter of the NAACP, joined police and city officials at Wednesday’s event and directly addressed Cole’s mother. Williams promised Wilson that her organization will hold police accountable during the ongoing investigations.

“Mom, I’m asking you to trust the NAACP,” Williams said. “You can call me anytime with your questions. We will ask all of the hard questions, and I guarantee you there will be complete transparency.”