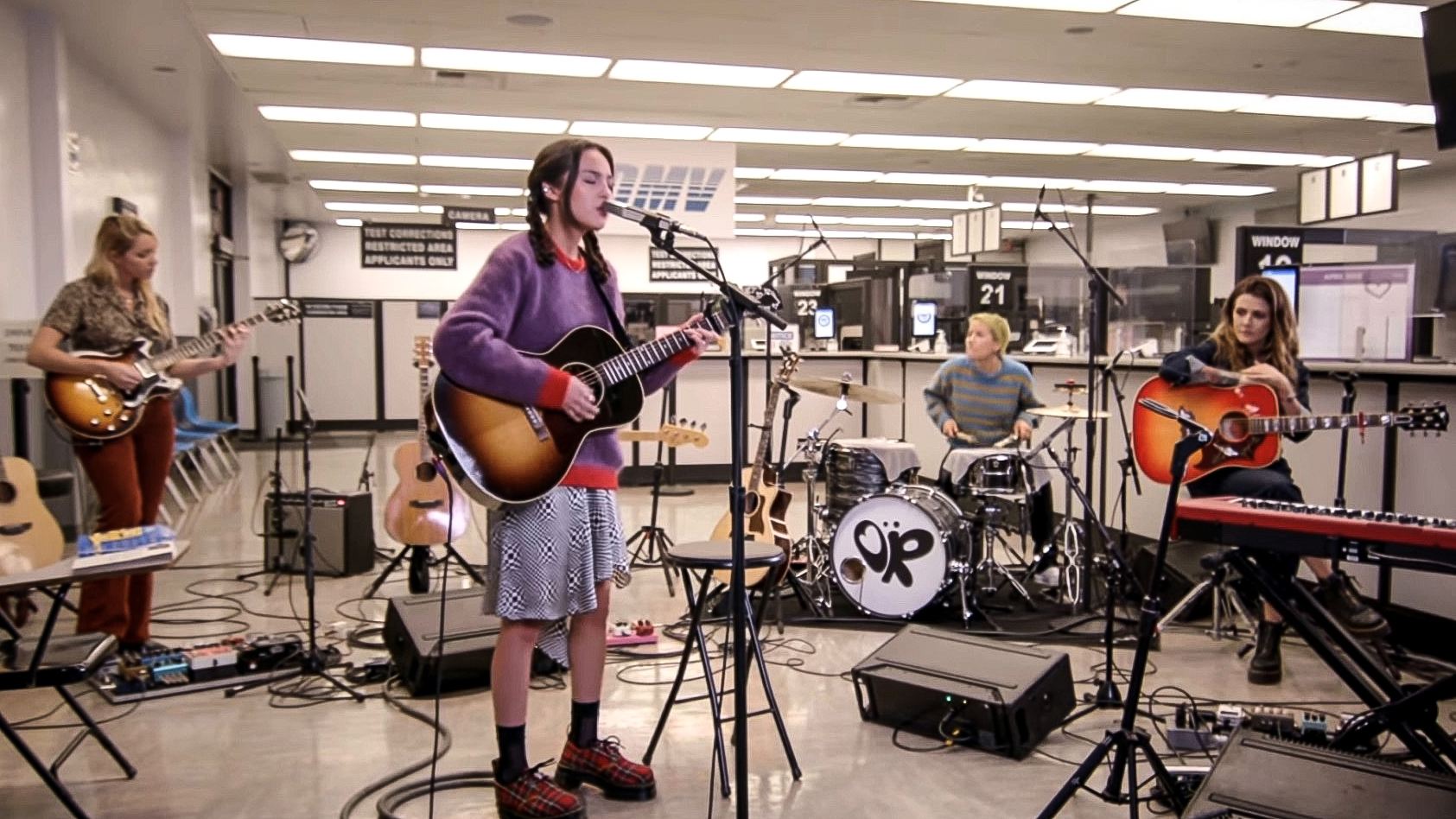 Singer Olivia Rodrigo returned to the DMV this week — not to get her driver’s license, but to perform her famous song about it.

The singer and “High School Musical: The Musical: The Series” star performed songs from her album “Sour” at the Glendale DMV in California for a special edition of NPR’s “Tiny Desk” series, which was uploaded Tuesday.

The intimate concerts, which typically take place at NPR’s Washington, D.C., headquarters, have been performed and filmed remotely during the pandemic.

During her set — which featured stripped-down versions of her songs “good 4 u,” “traitor,” “drivers license” and “deja vu,” — Rodrigo commented on the “interesting vibes” of her performance location.

The California DMV quote-tweeted the video NPR posted, asking if anyone recognized the DMV office.

“my band and I went to the dmv for @npr tiny desk!!! out now,” Rodrigo wrote in an Instagram post, which also included photos from the DMV.

Rodrigo was nominated for seven Grammy Awards, including album of the year, related to “Sour.”

She announced her 2022 tour on Monday.

Morgan Sung is a trends reporter for NBC News Digital.