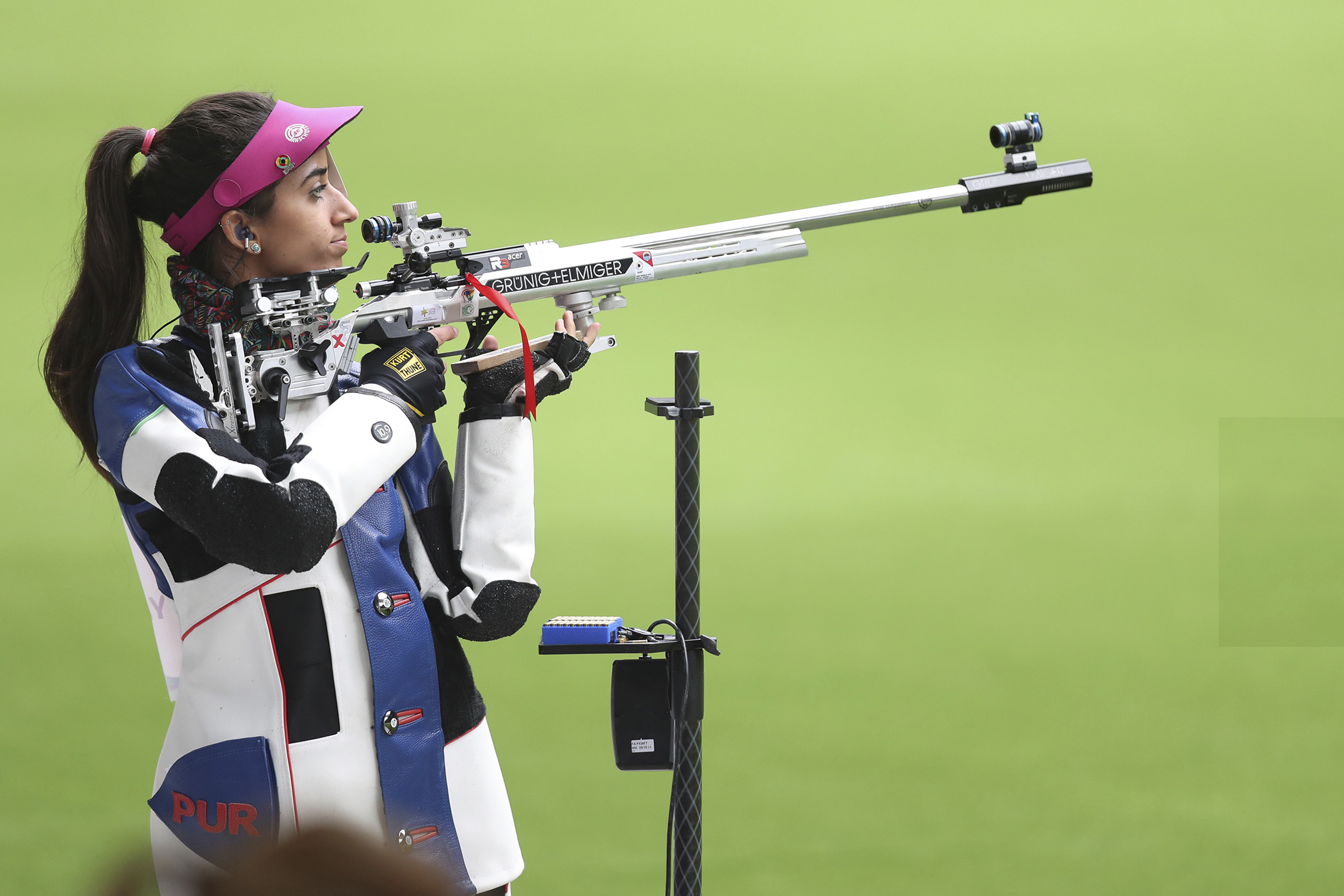 The mother of a Puerto Rican Olympian was killed over the weekend after she was shot in the head while sewing in her Connecticut home, according to police and her daughter.

Mabel Martinez, 56, was not the intended target in the Saturday shooting, according to Waterbury police. A man walking outside her house, who was shot in the leg and survived, was the likely mark, police said. No arrests have been announced.

Martinez died in the hospital on Sunday.

In an Instagram post that included photos and a video of her mother, with a perpetual smile on her face, Puerto Rican rifle shooter Yarimar Mercado Martinez expressed her anguish over her mother’s death.

“Why you? Why this way? You were just sitting in your little house sewing, as you always did,” she wrote in Spanish.

Mercado Martinez, 27, lamented all the moments her mother would miss — her daughter’s wedding day, sewing clothes for her grandchildren, a planned vow renewal with her husband in Puerto Rico.

“There are so many things I still needed to learn from you … I was so far away without being able to do anything, I couldn’t even say goodbye to you,” Mercado Martinez wrote. She added that she would give anything to trade places with her mother.

“I apologize to Puerto Rico because even if I wanted to, I really can’t compete, my place is with my family,” added Mercado Martinez, who competed in the Summer Olympics last year and in 2016.

The athlete flew out of Brazil late Sunday and has arrived in Connecticut, according to Gilberto Hernández, president of the Puerto Rico Shooting Association, the sport’s governing body in the U.S. territory.

He said the shooting association will help to pay a portion of the funeral costs.

“We trust that she will overcome this,” he told The Associated Press. “She can count on us. … The doors of the association are always open.”

Waterbury police Chief Fernando Spagnolo said investigators believe the shooting was drug-related and had nothing to do with Mabel Martinez.

“This was definitely a random, tragic act of violence,” he told the AP. “She was in her house. She’s not the intended target.”

Spagnolo said relatives were extremely distraught, including Mabel Martinez’s husband, whom he described as inconsolable.

Mercado Martinez, in her Instagram post, implored people who use firearms to learn how to shoot. “Please, if you are going to use weapons, shoot a paper card and learn about its use and handling,” she wrote.