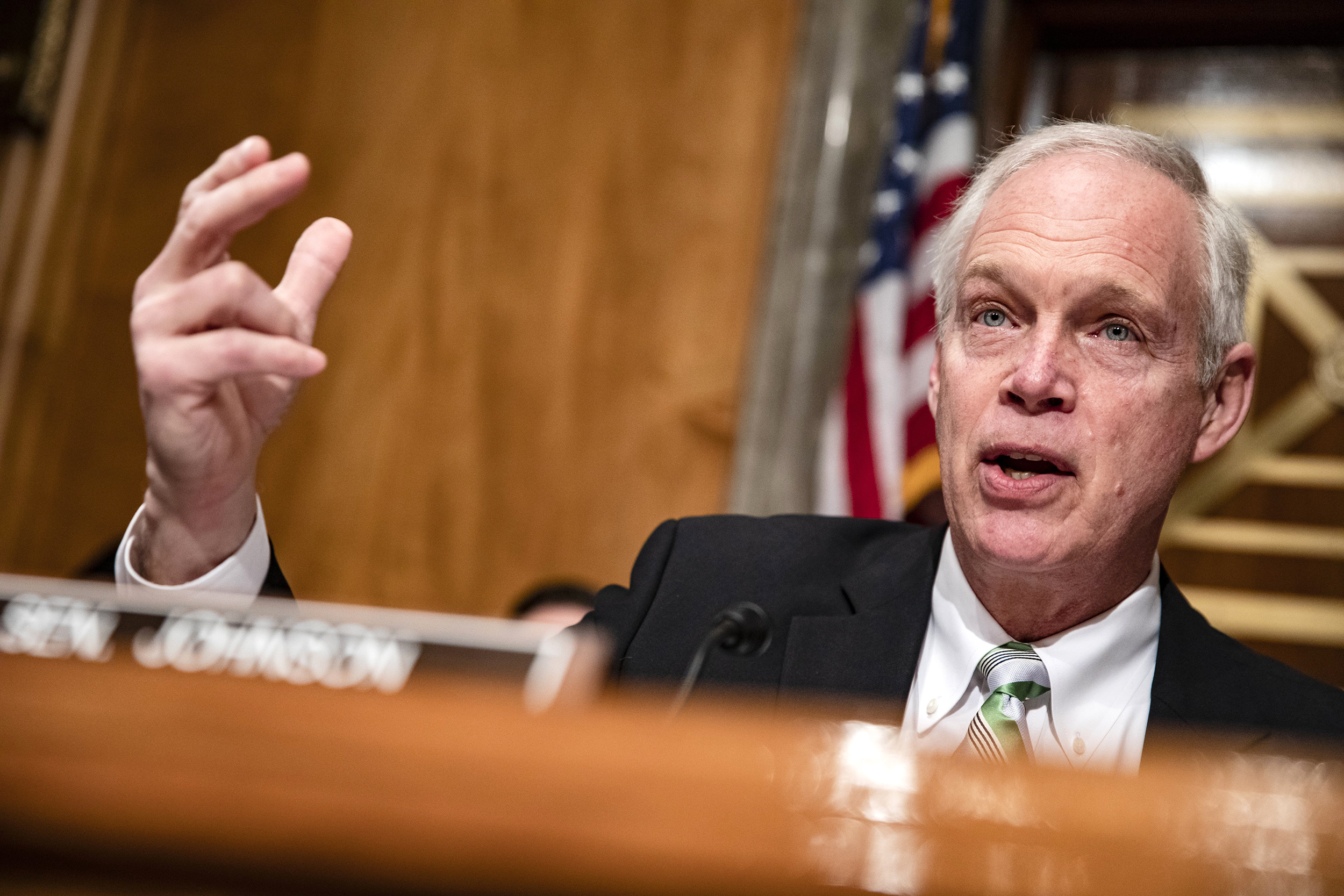 The New York Times noted in the spring that Republican Sen. Ron Johnson of Wisconsin “has become the Republican Party’s foremost amplifier of conspiracy theories and disinformation now that Donald Trump himself is banned from social media.” We’re routinely reminded that the GOP senator has invested an unnerving amount of effort into proving the analysis right.

The Washington Post published this report this morning, for example.

A newly released audio recording showed the Republican claiming, “Standard gargle, mouthwash, has been proven to kill the coronavirus. If you get it, you may reduce viral replication. Why not try all these things?”

He did not appear to be kidding.

The Post’s report quoted a variety of experts, each of whom, not surprisingly, expressed deep skepticism about Johnson’s recommendations. While mouthwash can partially kill off parts of the coronavirus in a person’s mouth, most infections occur through the nose. “Even if gargling kills some of the virus, it won’t be able to clean the nasal area, nor the viruses that’s already penetrated deeper into the body,” said Kim Woo-Joo, an infectious-disease expert at Korea University.

Raymond Niaura, interim chair of the epidemiology department at New York University, told the Post that gargling wouldn’t hurt — if accompanied by vaccination. “That way, one would be at reduced risk for infection and have good smelling breath,” he said.

And while that’s funny, it dovetails with the larger significance of Johnson’s unfortunate comments: The senator has been eager to recommend all kinds of medicinal responses to Covid-19, except the safe, free, and readily available life-saving vaccines.

But all the while, Johnson has also spent months desperately trying to undermine public confidence in the vaccines people need to get in order to deal with the pandemic.

Unfortunately, it’s part of a pattern of irresponsible misconduct. Circling back to our earlier coverage, in mid-March 2020, as the scope of the coronavirus crisis was just coming into view, the Wisconsin Republican went further than most in downplaying the importance of mitigation efforts. As part of his case, the senator told the Milwaukee Journal Sentinel, “[W]e don’t shut down our economy because tens of thousands of people die on the highways. It’s a risk we accept so we can move about.” This was a tragically bad argument, for reasons he didn’t seem to fully grasp.

A couple of months later, Johnson was seen on the Senate floor without any facial covering. “I wear a mask when I go into grocery stores, that type of thing,” the GOP senator said. “I think around here, we probably won’t have to.” This, too, was wrong.

In July 2020, Johnson argued that the United States “overreacted” in response to the coronavirus pandemic, which was unfortunate at the time, and which is a perspective that looks much worse now.

In late 2020, Johnson sunk lower, holding multiple Senate hearings to promote pseudo-science and conspiracy theories. Dr. Ashish Jha, dean at Brown University School of Public Health, appeared as a witness at one of the Senate hearings and was amazed by the Wisconsin senator’s apparent suspicion that there’s a “coordinated effort by America’s doctors” to deny patients hydroxychloroquine because of a corrupt scheme involving physicians and the pharmaceutical industry.

In 2021, as vaccines and boosters became available to the public at large, Johnson — who claims he is not an opponent of vaccines — has gone to great lengths to discourage Americans from doing the smart thing.

As we’ve discussed, when it comes to taking stock of the Wisconsinite’s propensity for peddling nonsense, it’s convenient to rely on separate categories. For example, the GOP senator has been cavalier about his indifference to an FBI warning that he was “a target of Russian disinformation” during the last election cycle. He’s also denied ever having “talked about the election being stolen,” despite ample evidence pointing in the opposite direction. Johnson’s nonsense about the Jan. 6 attack has been ridiculous, and so has his rhetoric about Viktor Orban, Hungary’s controversial prime minister.

But when it comes to public health, the Republican’s rhetoric about the pandemic has been simply indefensible.