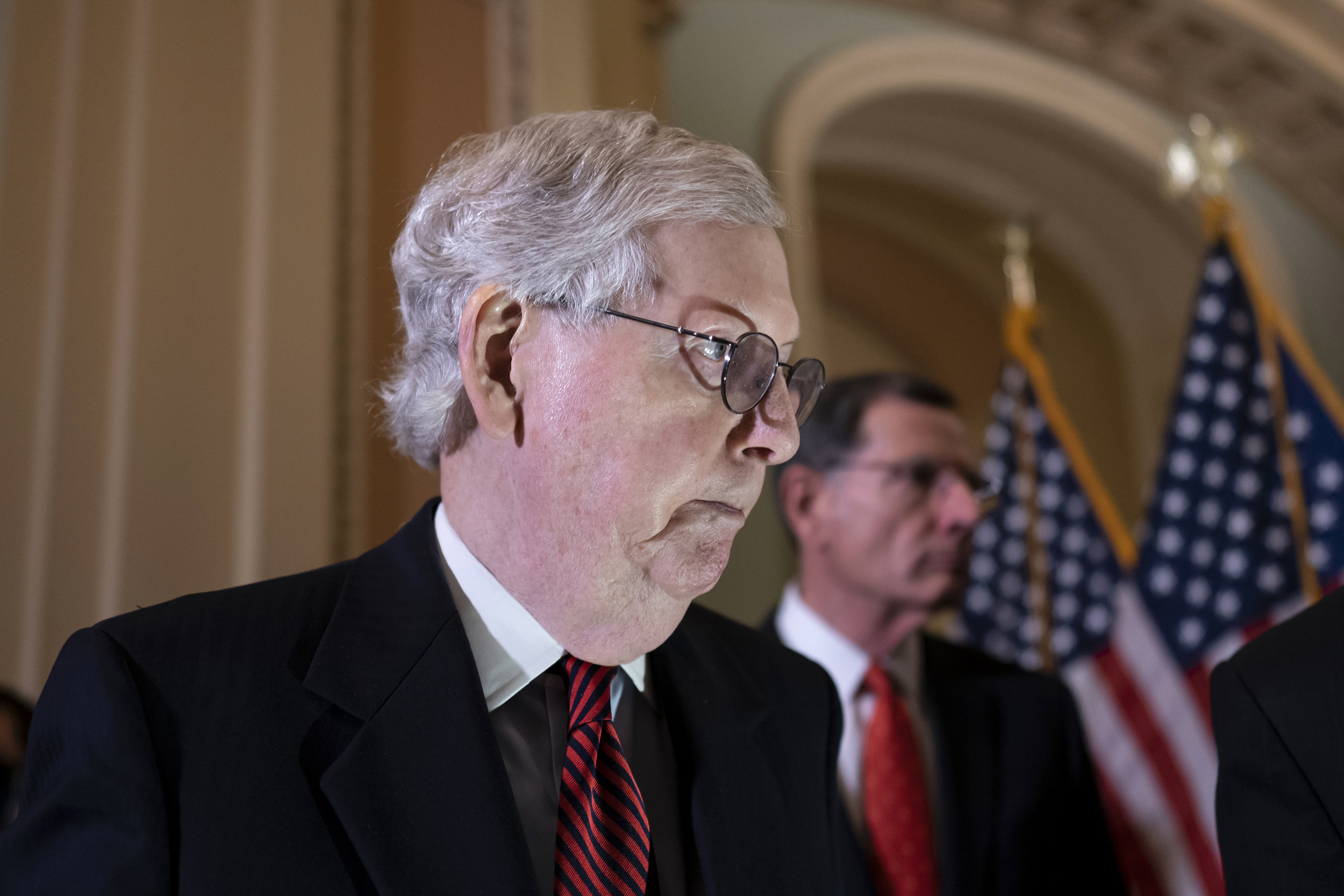 In the aftermath of the mass shooting at Robb Elementary School in Uvalde, many looked to Senate Minority Leader Mitch McConnell, not for solutions, but for hints about what might be possible. After all, in a Senate where filibusters have become the norm, there’s a broad understanding that any new measures designed to protect the public would need at least 10 GOP votes in the upper chamber.

With this in mind, the Kentucky Republican raised a few eyebrows last week when he told CNN, “I am hopeful that we could come up with a bipartisan solution that’s directly related to the facts of this awful massacre.”

For some, the fact that McConnell opened the door to any kind of “solution” seemed like a pleasant change of pace, but it was that qualifying phrase that stood out. The Senate GOP leader was effectively saying he’d consider a bill, but only one that includes provisions that he considers “directly related to the facts.”

Or put another way, McConnell, at the outset, was narrowing the scope of the conversation. Yesterday, as Politico noted, he narrowed it further.

McConnell told reporters he had finished a call with an [unnamed member of Senate group engaged in negotiations] “to see if we can find a way forward consistent with the Second Amendment that targets the problem. And it seems to me there are two broad categories that underscore the problem, mental illness and school safety.” He spoke at an event in London, Ky.

McConnell made the comments twice yesterday, and used nearly identical phrasing in both instances: School shootings, the senator insisted, have two root causes — “mental illness and school safety” — so that’s what he expects a legislative solution to address.

“Hopefully,” he added, “we can find a way to come together and make some progress on this horrendous problem, consistent with our Constitution and our values.”

It’s probably worth pausing to translate McConnell Talk to English.

The Senate minority leader wasn’t describing two of his priorities that could be included as part of a larger package; he was describing his expectations about the entirety of the scope of the package. When the Republican talked about being “hopeful” that policymakers will “come together,” he meant that he hoped officials would simply agree to his ideas — and nothing else.

But that’s almost certainly not what McConnell has in mind: His comments yesterday were intended to establish parameters. The GOP leader wasn’t contributing to talks so much as he was telling his colleagues what he’d be willing to accept.

None of this should come as a surprise. The Washington Post recently took a detailed look at Senate Minority Leader Mitch McConnell’s “decades-long effort to block gun control,” highlighting the degree to which the Kentucky Republican “has spent his career working to delay, obstruct or prevent most major firearms restrictions from being approved by Congress.”

Nevertheless, policy negotiations are still underway among senators from both parties, and NBC News reported overnight that “the outlines of gun legislation” are taking shape. One source close to the talks added, “There is a framework for a bill.”

While we wait for additional details on this, the House Judiciary Committee is moving forward with plans of its own. The Washington Post reported this morning that the Democratic-led panel is taking up the Protecting Our Kids Act, “a package of previously introduced legislation that, among other things, raises the purchase age of an assault weapon from 18 to 21, attempts to limit gun trafficking, cracks down on ‘ghost guns’ and large-capacity magazines, and encourages safe gun storage practices.”

A vote on the House floor is expected next week. Republican opposition will be overwhelming.