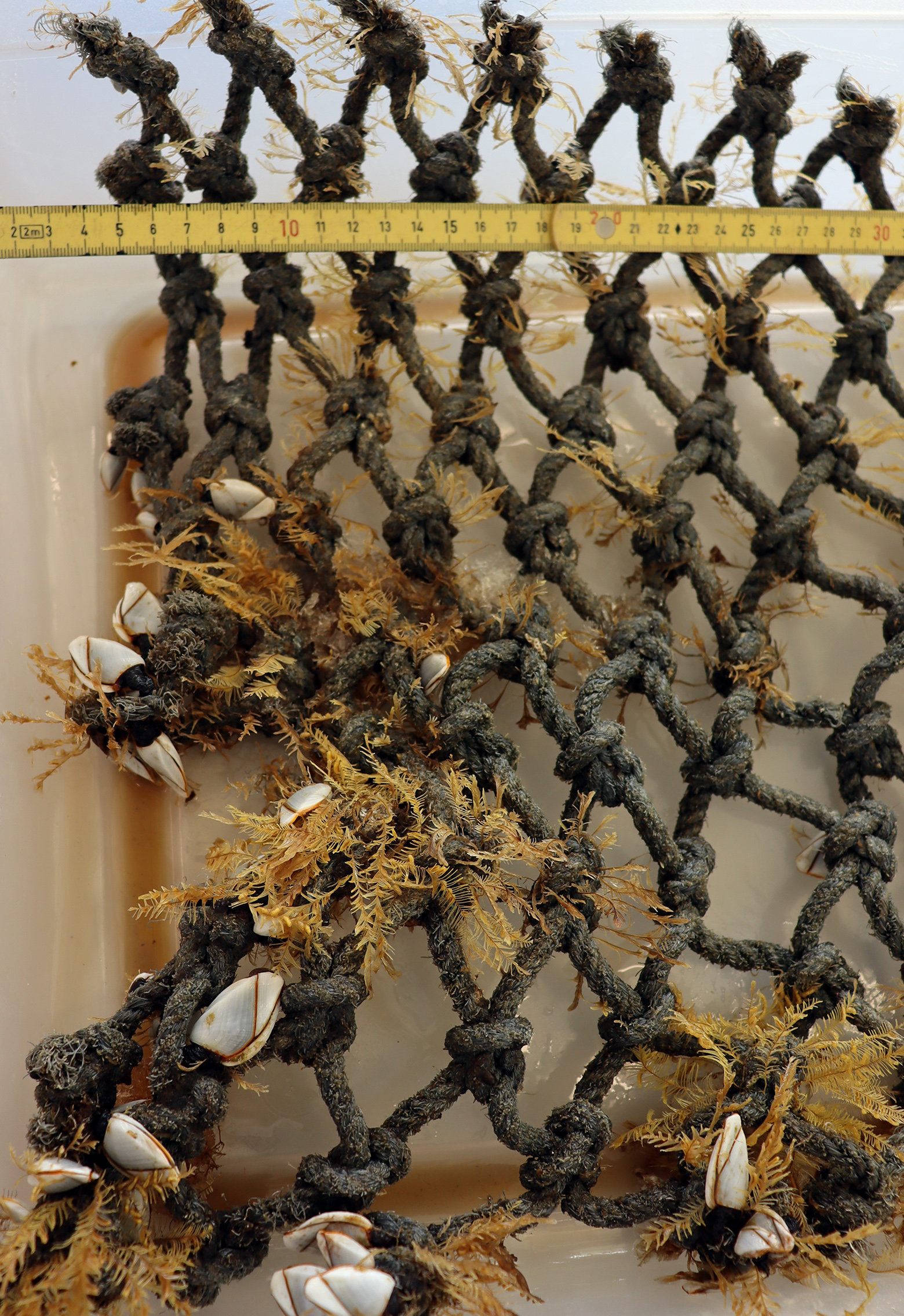 Coastal marine species carried out to sea on debris are not only surviving, they’re colonizing the high seas and making new communities on the floating plastic detritus that make up the Great Pacific Garbage Patch.

Scientists, writing in the journal Nature Communications, report coastal plants and animals are sustaining themselves and even reproducing in the patch, an accumulation of trash stuck in ocean currents that’s estimated to be about twice the size of Texas.

Scientists have documented more than 40 coastal species clinging to plastic trash, including mussels, barnacles and shrimp-like amphipods, said Greg Ruiz, a senior scientist with the Smithsonian Environmental Research Center and an author of the report.

Scientists have known that coastal species could catch rides out to sea on logs and seawood in the past. But those materials would quickly disintegrate and become a one-way ticket to nowhere.

Researchers were shocked to find that plastic debris now is allowing plants and animals to take up residence in the middle of nowhere and that the open ocean provides enough food to sustain them.

“It’s almost like a new island has emerged,” said Ruiz, adding that the new habitat “represents a paradigm shift of what we thought was possible.”

The finding raises questions about how these communities function, how they develop and what implications they have for the movement of invasive species.

The findings echo discoveries that forced scientists to reconsider how some forms of life survive on the open ocean. The 2011 earthquake and tsunami in Japan rattled the country and sent a pulse of trash — much of it plastic — into the Pacific. About 18 months later, debris began to wash up on the shores of North America, dotting Hawaii, Oregon and Washington state with debris carried by ocean currents.

What scientists found in the debris shattered old conceptions.

Coastal ecosystems are more productive. They’re richer with food and nutrients than the open ocean.

“Prior to this we thought many of those coastal organisms wouldn’t be able to persist for a long period of time in a less food-rich area, let alone grow and reproduce,” Ruiz said. “Much to our surprise, a lot of coastal organisms were alive on that debris.”

Nearly 300 species landed on the shores of the Pacific Northwest, according to a peer-reviewed 2017 article published in Science.

The patch results from ocean currents that swirl in a vortex and leave trash captured in their center. It’s one of several plastic-collecting ocean gyres.

A study published in 2018 estimated that the Great Pacific Garbage Patch contained at least 79,000 metric tons of plastic, including items like fishing nets, plastic bottles and tiny fragments called microplastics. Trash from the Japanese tsunami has also collected in the patch.

Ruiz and other researchers partnered with the Ocean Voyages Institute, which sailed to the patch and collected trash, before photographing, preserving and shipping it to researchers.

Multiple generations of coastal species were found in the debris. Some were producing larvae or young.

The scientists found that a mix of coastal and open ocean species have joined together on the plastic — creating something entirely new.

“It’s clear, there’s a merger of two different communities,” Ruiz said. The researchers don’t know how these species will interact or what it will mean. They suspect it could cause changes to the food web.

Other questions will take years to answer. Could coastal species evolve to be more suited to their new habitat on plastic rafts in the remote ocean?

“The rate of evolutionary change could be quite rapid,” Ruiz said. “We don’t know the answer for the organisms in the garbage patch. Certainly the potential is there.”

The proliferation of plastics on land along with more frequent and intense coastal storms because of climate change could send more waste into the ocean, creating additional habitat.

The islands of plastic could also become temporary waystations that harbor invasive species, only to spit them out as currents shift and send them floating away to islands or shorelines that don’t often receive hideaways from other coasts.

“The more invasions you have, the more likely you’ll have a species come in that’s impactful,” Ruiz said.

Evan Bush is a science reporter for NBC News.