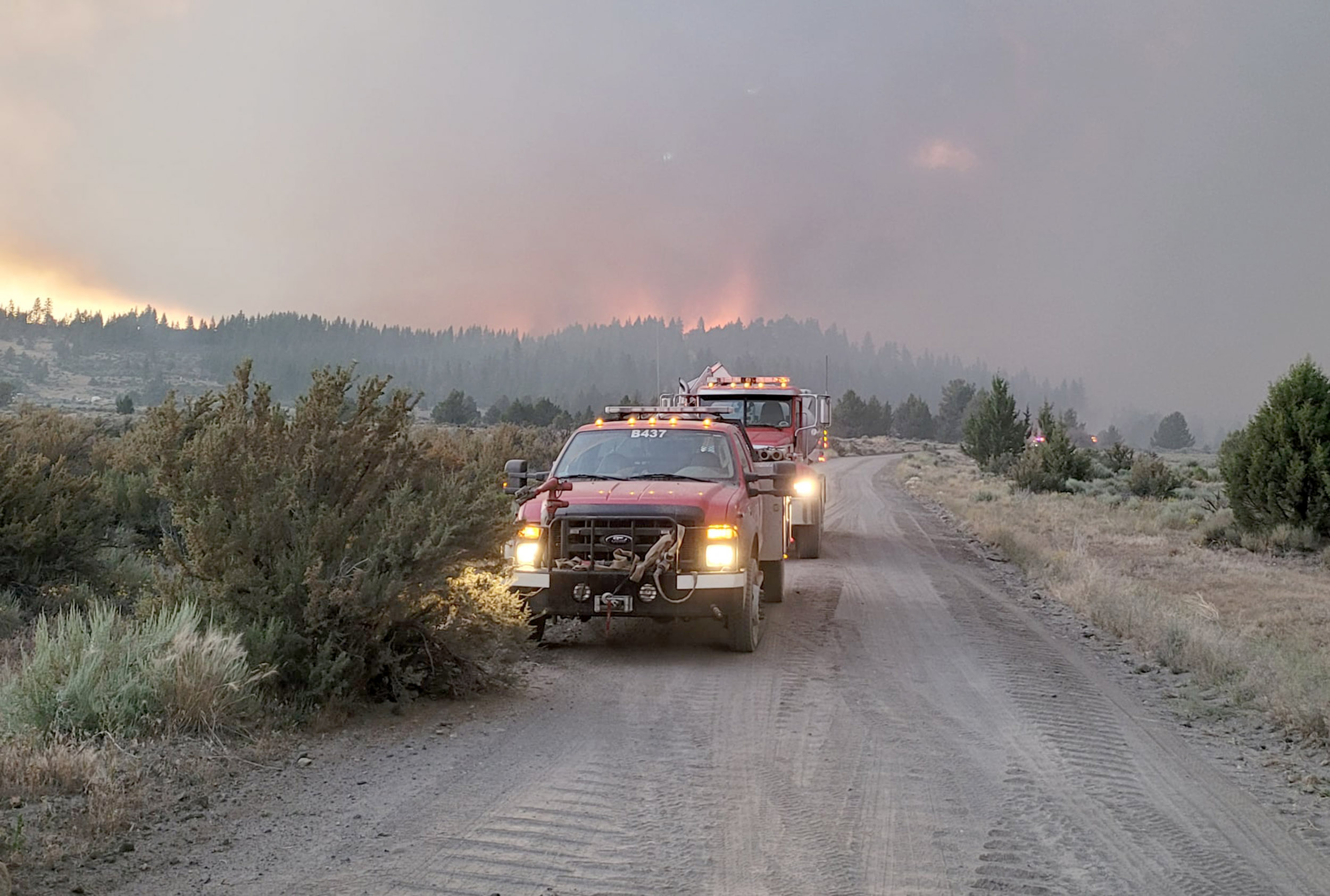 The Bootleg Fire in southern Oregon nearly doubled in size from Saturday to Sunday to more than 150,000 acres as extreme heatwaves and wildfires continued to scorch the West.

The intense flames in the Fremont-Winema National Forest broke out on July 6, burning for its sixth day on Sunday, according to an incident report. The out-of-control wildfire was so intense that it forced firefighters to retreat to safety zones and prompted more personnel to be deployed overnight, fire officials said.

Residents in some areas of Klamath County were forced to evacuate as the wildfire continued to spread and was zero percent contained Sunday, the incident report said. Investigators have not yet determined the cause of the fire, but authorities said “dry weather and extremely dry fuels contribute to extreme fire behavior.”

The fire interrupted electrical lines that transmit power from Oregon to California, energy officials said. California lost thousands of megawatts of imported power and struggled to maintain operating reserves as temperatures soared into triple digits in parts of the state.

The Bootleg Fire came amid record wildfires and temperatures ravaging states across the West.

The Beckwourth Complex Fire — California’s largest wildfire burning — consumed more than 80,000 acres and destroyed about 20 homes Sunday as it jumped across state borders to Nevada.

The wildfire, one of several brush fires burning in California, was 8 percent contained Sunday. Federal fire officials reported some progress in holding the fire on the south and southwestern flanks.

“Climate change is considered a key driver” of the state’s recent wildfire woes, the California Department of Forestry and Fire Protection said earlier this year.

In Arizona, two firefighters were killed in a plane crash while conducting aerial reconnaissance over the Cedar Basin Fire near the Prescott National Forest, the Bureau of Land Management said in a statement.

Wildfires also blazed through western Idaho and southeast Washington over the weekend, prompting both Idaho Gov. Brad Little and Washington Gov. Jay Inslee to declare emergencies in their states.