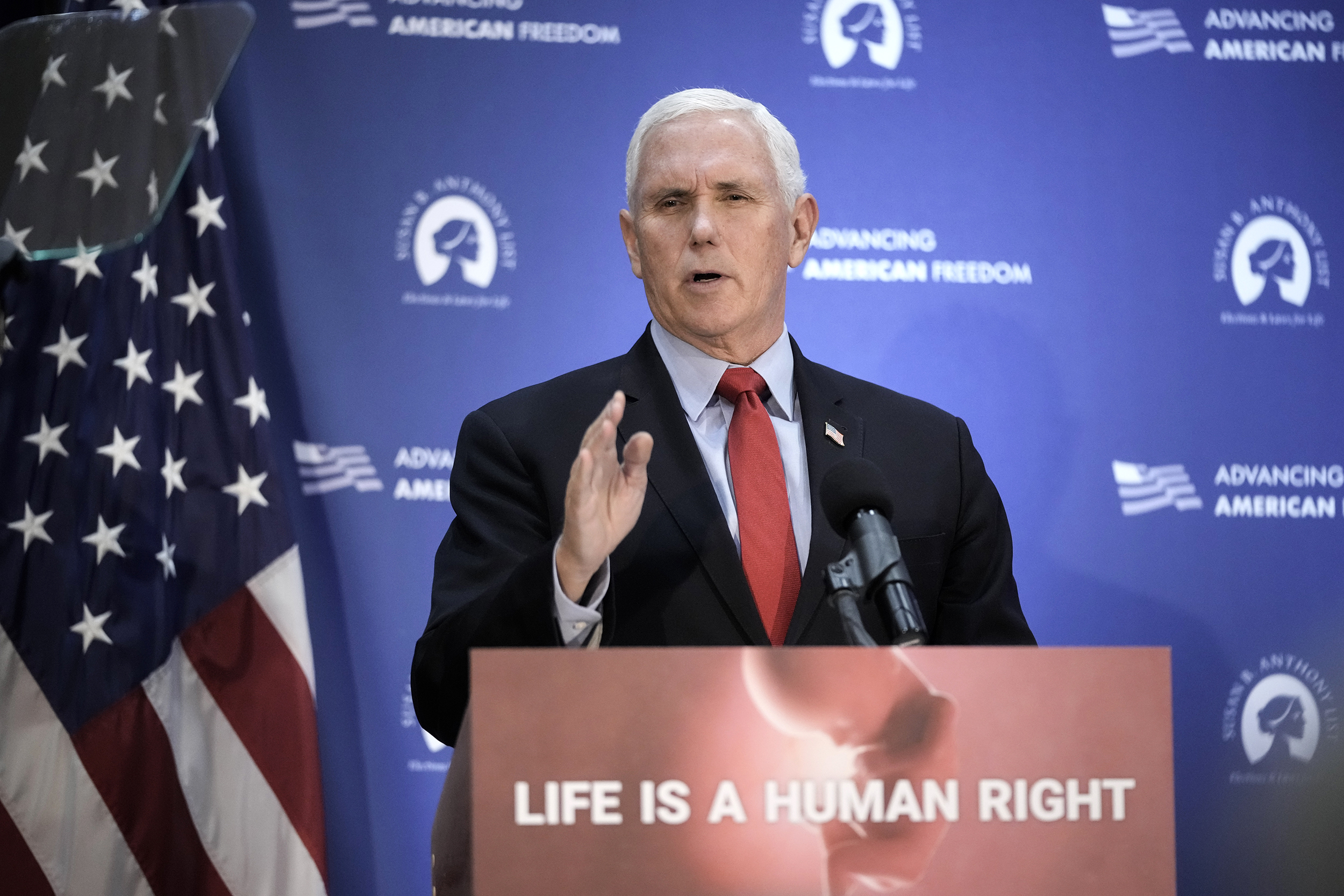 Pence acknowledged the leaked draft opinion, published by Politico on Monday, at a speech in South Carolina and he noted that it is not final.

“We will hope and pray that that draft opinion soon becomes the majority opinion of the Supreme Court of the United States,” Pence said to applause at the Carolina Pregnancy Center gala in Spartanburg.

The Supreme Court acknowledged Tuesday that the leaked document was authentic but said “it does not represent a decision by the Court or the final position of any member on the issues in the case.”

Pence called the 1973 Roe v. Wade decision that upheld abortion as a Constitutional right misguided and said “the heartbreaking consequences of the Roe decision cannot be overstated.”

He claimed that the decision’s toll was “unprecedented in the history of mankind,” while referring to an “abortion industry” that he said profited from the suffering of “unborn babies.”

The leak of the draft opinion is unprecedented in the history of the high court. It suggests that the Supreme Court could overturn Roe in a Mississippi abortion law case.

Overturning Roe v. Wade has long been a conservative goal, and would create a landscape where access to legal abortion is a state-by-state issue.

Pence on Thursday used the prospect to encourage voters, saying “America needs pro-life majorities in the Congress and in every statehouse in the land.”

“If the Supreme Court returns this issue to the states and to the people, it will fall upon those that are serving in our statehouses to craft legislation to restore the sanctity of life,” he said.

Pence, who has not closed the door on a 2024 White House bid, has long been opposed to abortion. He was the first sitting vice president to attend the March for Life in Washington in person in 2017.

A final Supreme Court opinion in the Mississippi case is not anticipated until June or July.