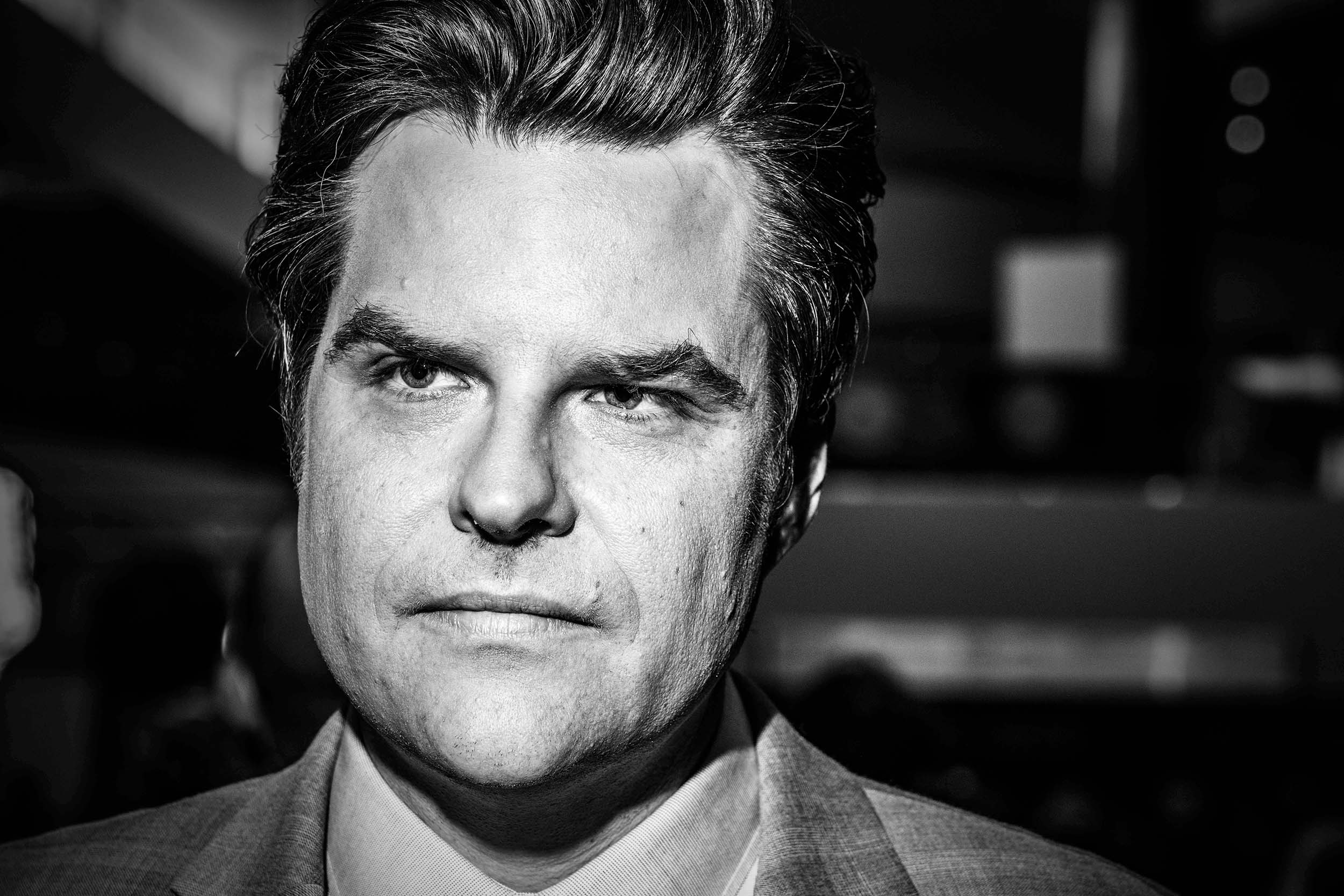 U.S. Rep. Matt Gaetz, R-Fla., who is currently under federal investigation for possible child sex trafficking, has his eyes locked on the investigators looking into his questionable behavior.

During a podcast interview Thursday with federally indicted former Trump adviser Steve Bannon, Gaetz vowed to go after the Justice Department if Republicans win back the House and he’s named chairman of the House Judiciary Committee.

Former Gaetz confidant Joel Greenberg pleaded guilty to several sex trafficking charges in July and is cooperating with federal investigators in their ongoing inquiries. Gaetz has denied having sexual relationships with minors.

Still, he thinks FBI investigators must be stopped:

[W]e are going to go after this administrative state, and we’re gonna start at the Department of Justice and the FBI. That’s the job I want. You know, send me over to the Judiciary Committee and their sphincters will tighten because they’ve been doing a lot of corrupt things over there. The FBI and the Department of Justice have become the enforcement wing of the Democratic Party.

Startling as it may be, don’t let the congressman’s bizarre line about sphincter-tightening distract you from seriousness of the allegations against him. This isn’t the hyper-partisan investigation Gaetz is making it out to be — it was launched during President Donald Trump’s administration.

Nonetheless, Gaetz is employing the typical GOP strategy of wrapping conservative rhetoric around his personal grievances, hoping his voters either don’t notice or don’t care.

Choosing Bannon’s podcast to pitch his deluded plan was a good move, because he was able to fit it in seamlessly among other nonsensical, right-wing provocations.

At one point, Bannon said conservatives should target the “brains of the operation” for Democrats, a list he said starts with “The Joy-Ann Reids, the Chris Hayeses, and the Rachel Maddows.”

How Steve finds time to check out our shows during his full day of grifting, I’ll never know.

“This is Trumpism in power,” Bannon said about targeting conservatives’ enemies. He went on to refer to the “4,000 shock troops” he claimed are being prepared to man the government “when President Trump wins again in 2024 — or earlier.”

Shock troops, if you’re listening, there’s a possible sex trafficker named Matt Gaetz who’s vowing to take control of the government’s investigative powers. Perhaps, you should pay some attention to that.