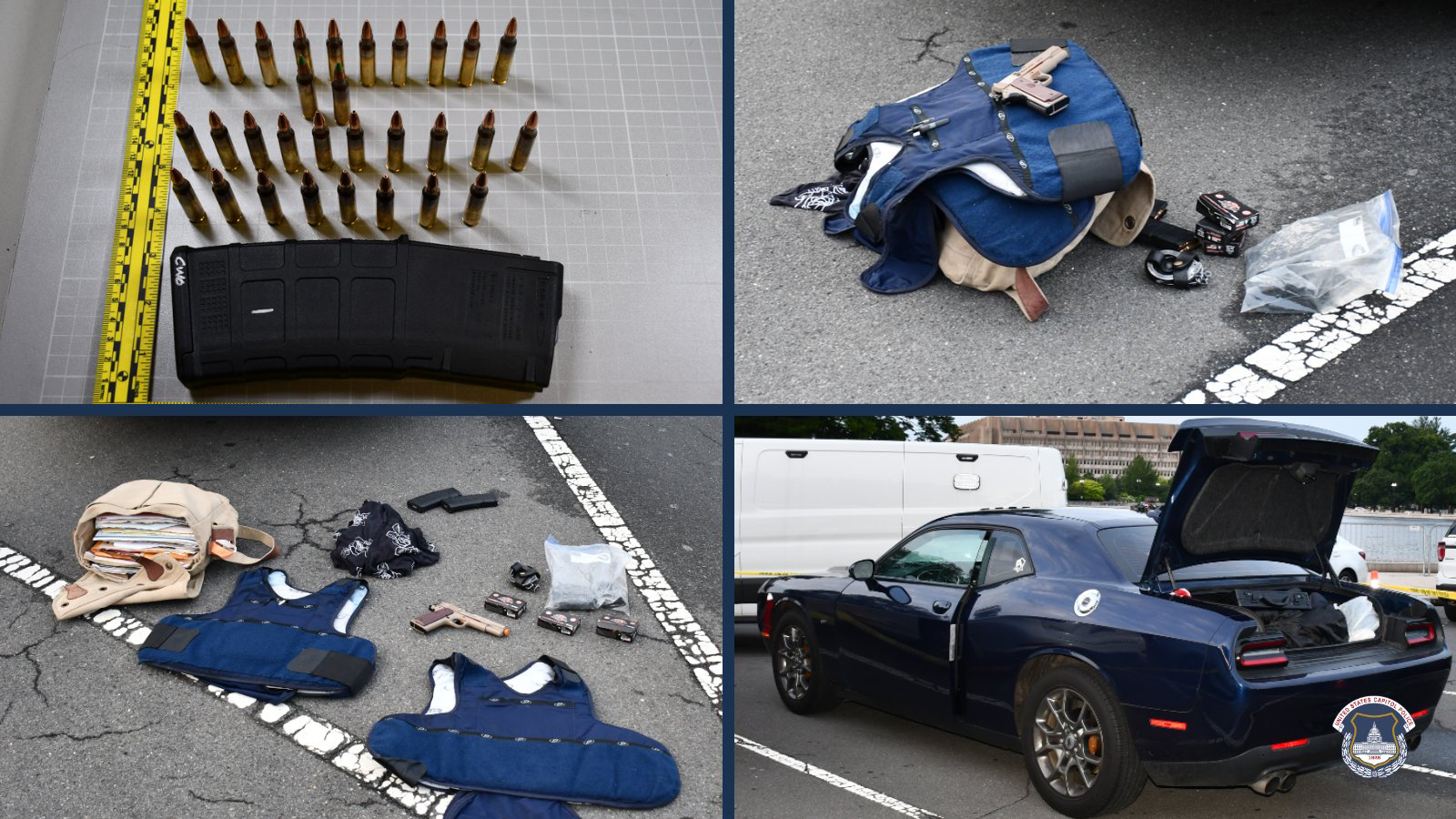 A retired New York police officer was arrested outside of the U.S. Capitol building in Washington, D.C., on Friday morning after he was found with a fake badge, body armor, a BB gun and ammunition that included high capacity magazines.

Jerome Felipe, of Flint, Michigan, was taken into custody by U.S. Capitol Police around 5 a.m. after he parked his 2017 Dodge Charger near the building, according to a U.S.C.P. news release.

An officer started talking to Felipe, who presented the officer with a fake badge that had “Department of the INTERPOL” printed on it.

“Felipe also made a statement that he was a criminal investigator with the agency,” the news release states.

Felipe, 53, allowed officers to search his vehicle. There was a BB gun, two ballistic vests, several high capacity magazines, and other ammunition in the car, authorities said. No real firearms were found.

Felipe is facing charges for unlawful possession of high capacity magazines and unregistered ammunition. It’s not clear why he was parked near the Capitol.