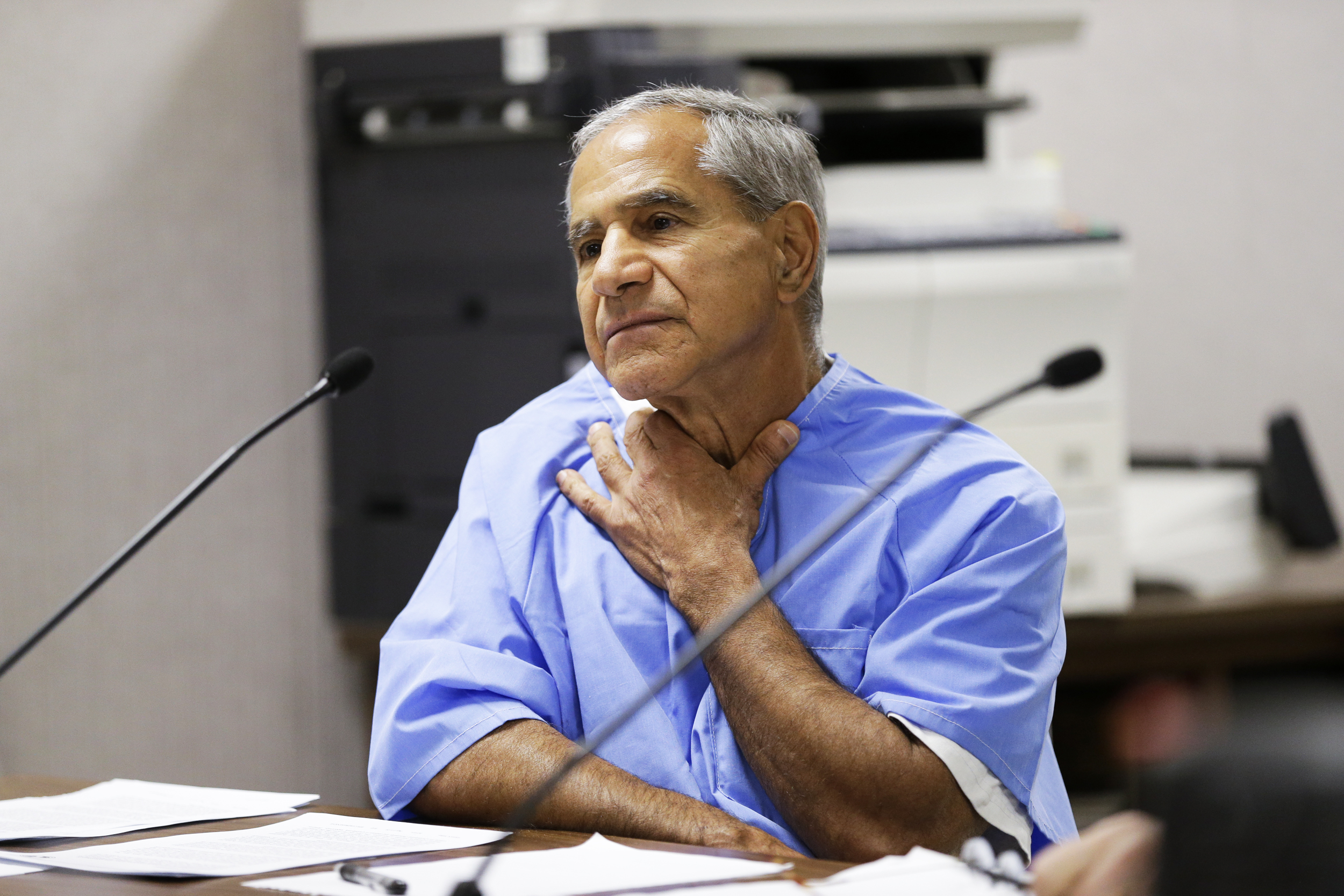 Sirhan Bishara Sirhan, the man convicted of assassinating Sen. Robert F. Kennedy, will go before a California parole board on Friday for what will be his 16th time seeking release.

Unlike his past attempts for freedom, there will be no opposition from prosecutors. Los Angeles County District Attorney George Gascón’s office will not be at the hearing, making it the first time prosecutors won’t be in attendance, The Washington Post reported.

His office will also not send a letter in support of the parole, with Gascón’s office saying it wants to remain neutral in the case.

“The role of a prosecutor and their access to information ends at sentencing,” Alex Bastian, special adviser to Gascón, told The Post. “The parole board’s sole purpose is to objectively determine whether someone is suitable for release. If someone is the same person that committed an atrocious crime, that person will correctly not be found suitable for release.”

“However, if someone is no longer a threat to public safety after having served more than 50 years in prison, then the parole board may recommend release based on an objective determination,” he continued.

Sirhan, a Christian-born Palestinian from Jordan who opposed Kennedy’s support for Israel, shot the presidential hopeful on June 5, 1968, in the kitchen of the Ambassador Hotel in Los Angeles, where he was celebrating victory in the state’s Democratic primary. Kennedy, 42, died the following day.

Sirhan was caught with a gun in his hand but has maintained for years that he doesn’t remember shooting Kennedy. He was initially sentenced to death but the sentence was commuted to life in prison after the state banned the death penalty.

The last time Sirhan sought parole was in 2016. At the time, Commissioner Brian Roberts described the killing as “a political assassination of a viable Democratic presidential candidate.”

“This crime impacted the nation, and I daresay it impacted the world,” Roberts said. The parole board denied Sirhan’s release.

During a 2011 parole hearing, the board said Sirhan had not shown enough remorse or understanding of the severity of his crime.

Friday’s hearing is scheduled for 8:30 a.m. at the Richard J. Donovan Correctional Facility in San Diego.