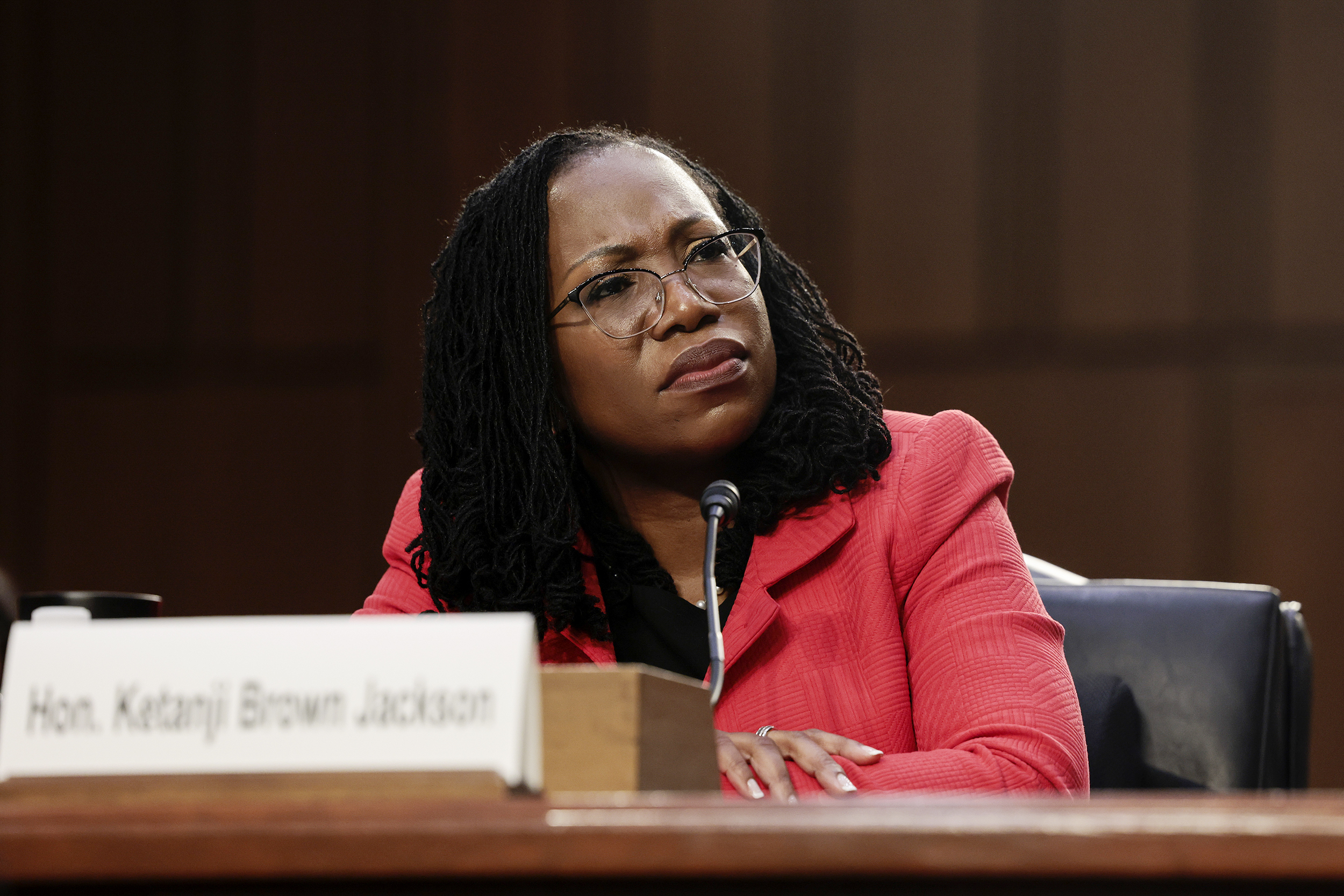 There’s literally nothing the conservative movement is unwilling to blame on Judge Ketanji Brown Jackson, the first Black woman confirmed to the Supreme Court.

Right-wing senators peppered her with bigoted bluster throughout her confirmation hearings in March, desperate to paint her as an enemy of justice — claims undermined by her broad and fervent bipartisan support.

But now, as the GOP looks to distract from what appears to be the Supreme Court’s inevitable decision to overturn abortion rights, conservative figures are drawing from the “blame Judge Jackson” well yet again. These claims are even more ridiculous this time around.

On Wednesday, Greg Stinchfield, a host on the far-right network Newsmax, floated his ingenious theory that Jackson — who hasn’t even been seated on the Supreme Court yet — was responsible for leaking the court’s apparent decision to overturn Roe v. Wade, the landmark abortion rights ruling of 1973.

I hesitated to even give this any attention, but since we’re apparently floating crackpot conspiracy theories, I have a few of my own. Instead of Jackson, perhaps Republicans should look into the late Justice Thurgood Marshall as a suspect. He’s been suspiciously quiet since the news broke.

They may also want to check on celebrity TV judges Greg Mathis and Joe Brown. (A name like “Brown” is sure to rile suspicion among the GOP.) Or maybe the leaker is Aaron Judge, star slugger for the New York Yankees. Honestly, any of these allegations would be just as credible as Stinchfield’s claim about Jackson.

Of course, he wasn’t the only one pathetically trying to link the leak to Jackson. GOP Sen. Marsha Blackburn of Tennessee said Wednesday that Democrats might try to seat Jackson before the justice she’s replacing, Stephen Breyer, has a chance to leave.

Blackburn claimed Democrats might start pushing Chief Justice John Roberts to seat Jackson “because they are trying to push the balance of the court.”

No one has floated this idea as a potential solution to stave off the end of Roe v. Wade — no one but Blackburn, that is. And there’s obviously no practical way of doing what she baselessly suggests Democrats are considering. But all of this fear-mongering does emphasize that Republicans see an opportunity of sorts in the leak of the Supreme Court’s revanchist draft opinion. They see a chance to spin it as a liberal conspiracy, and an opening to introduce their favorite scapegoats into the conversation.