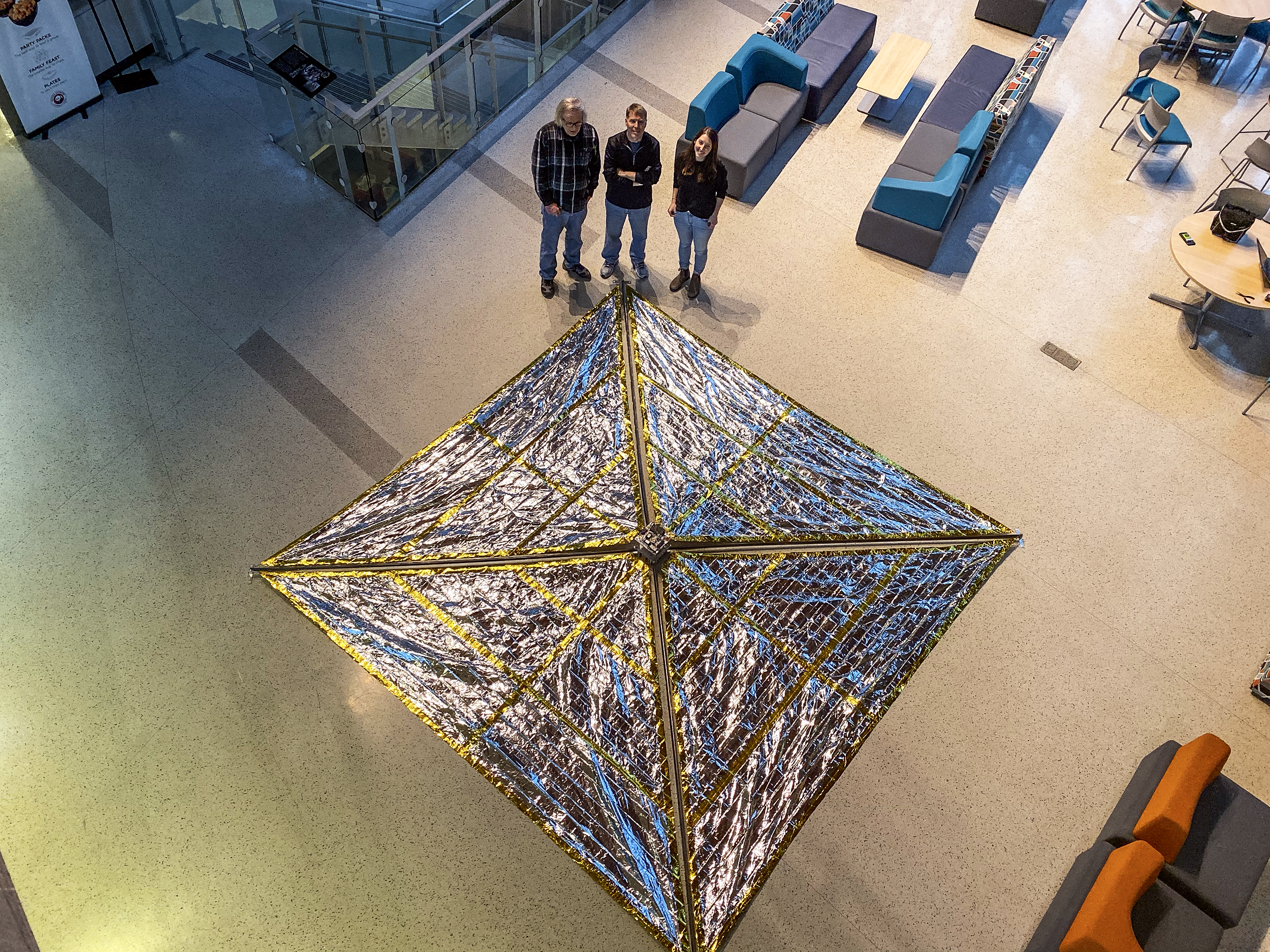 Engineers are set to test a device that could pull defunct spacecraft and used rocket parts back to Earth, allowing them to burn up harmlessly in the atmosphere.

Researchers at Purdue University in West Lafayette, Indiana, are launching a prototype drag sail Thursday aboard a rocket made by Firefly Aerospace, a private space company based in Austin, Texas. The mission is designed to assess how well the kitelike sail can de-orbit the rocket’s spent upper stage.

The launch is scheduled to take place at the Vandenberg Space Force Base in California between 6 p.m. and 10 p.m. PT.

Drag sails are one of several technologies that have been proposed to address the growing amount of junk in orbit around the planet. Low-Earth orbit has become increasingly crowded with debris, rocket parts and satellite systems for telecommunications, GPS and other functions, greatly increasing the risk of on-orbit collisions.

Using a drag sail to speed up the de-orbiting process for used rocket parts or malfunctioning spacecraft could help keep low-Earth orbit a sustainable place, said David Spencer, an associate professor of aeronautics and astronautics at Purdue University, who led development of the drag sail.

“It’s much more efficient to launch something with a built-in capability to de-orbit or to have that capability as a fail-safe,” Spencer said, adding that drag sails could be used to pull a range of objects back to Earth, ranging from small cubesats to larger objects with masses of up to 900 pounds.

Without interventions, objects around Earth slowly fall back to the planet because atmospheric drag eventually causes their orbits to decay. Drag sails are designed to speed up that process by increasing the surface area of the object that interacts with the atmosphere.

The Purdue team’s drag sail, known as Spinnaker3, is made of a thin synthetic material that deploys from carbon-fiber booms on the exterior of the rocket’s upper stage. When fully unfurled, a process that takes around two and a half minutes, the sail measures 194 square feet.

The drag sail test is scheduled to occur at an altitude of 185 miles. The engineers said the device should cut the time it takes the rocket part to de-orbit from 25 days to 15 days.

Since the drag sail is attached to the exterior of rockets and other spacecraft, it can’t pull down existing pieces of space junk in orbit. Rather, the device is designed to reduce the amount of debris that could be created by future launches.

If successful, Spencer said, he is hoping to commercialize the technology for both government agencies and commercial space companies.

“Right now, it’s a proof of concept,” he said, “but there’s significant interest out there for this capability.”