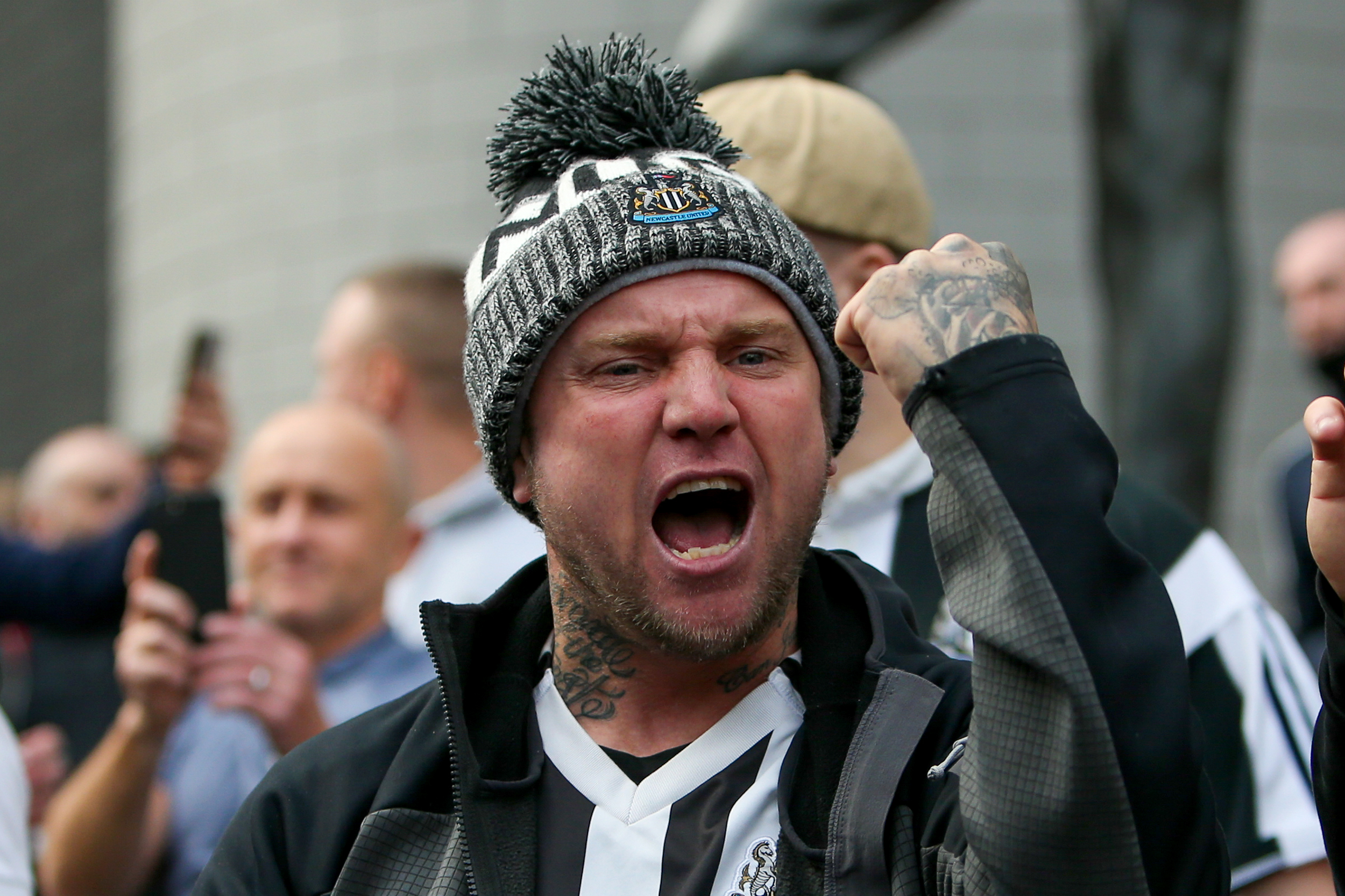 And yet last week, hundreds of Newcastle residents gathered outside the city’s soccer stadium to pay homage to the power behind the Saudi throne — the man widely known as MBS.

Some tied dishtowels to their heads, others waved Saudi flags, and a few even wore masks of the crown prince himself — a world leader accused of a raft of human rights abuses and of ordering the assassination of a prominent journalist.

On a sporting level, these supporters had good reason to cheer. Saudi Arabia’s $400 billion sovereign wealth fund had just bought their long-suffering soccer team, Newcastle United, overnight making it the world’s richest club. But the deal has spurred criticism that Saudi Arabia is using the team, founded in 1892, as a vehicle for “sportswashing.”

In other words, Saudi Arabia is accused of trying to launder its reputation so that it is no longer synonymous with a brutal absolute monarchy that jails activists, carries out public beheadings and oppresses women and the LGBTQ community, and becomes known instead as the smiling face of international soccer success.

“It gives the Saudi authorities an opportunity to put their name, their branding and positive messages about their country around the world,” said Felix Jakens, head of U.K. campaigns at the human rights group Amnesty International.

But the Saudi-Newcastle takeover has prompted international outrage on another level.

“This is a country that carries out some of the worst, systematic human rights violations against its own population — and the situation is getting worse, not better,” Jakens said.

The Saudi Ministry of Media did not respond to a request for comment about its human rights record and the allegations of sportswashing.

The consortium says the fund is independent from the Saudi government. The Premier League says it has received “legally binding assurances” that this is the case. Many experts disagree, pointing out that the fund’s board is composed of Saudi government ministers and its chairman is MBS himself.

The crown prince has been trying to overhaul the kingdom’s image from being seen as an exporter of Islamic radicalism to a modern powerhouse instead driven by technology, tourism, entertainment, and sports. Accompanying social reforms mean women are now allowed to drive and movie theaters have opened for the first time in 35 years.

“There is an existential necessity for colossal change — fiddling around the edges will not cut it,” Roberts said. “This has been the fire under MBS. He wants to reconceptualize every element of the state.”

This promised transformation has enthralled international commentators. But that narrative turned sour in 2018 when Jamal Khashoggi, a prominent Saudi journalist who wrote for The Washington Post, was assassinated by a Saudi hit squad. The CIA says that MBS most likely approved the killing, which he denies.

There has also been international revulsion at Saudi Arabia’s role in the Yemen War. United Nations investigators were until recently looking into allegations that the kingdom, as well as the Iran-backed Houthi rebels it is fighting, may have committed war crimes.

Human rights abuses and possible war crimes do not appear to bother many Newcastle fans, with more than 97 percent supporting the takeover, according to a survey by the club’s supporters trust last year.

Soccer is treated as a quasi-religion in Newcastle, with fans suffering decades of disappointment, their last major trophy coming in 1955.

But United’s large, dedicated fanbase also meant the club was regarded as a sleeping giant, ripe for investment. The acquisition will reverberate far beyond the city limits, giving Riyadh a toehold in the world’s most lucrative soccer league, with an average global audience of some 3 million per game.

Many fans are simply happy to see the back of their previous owner, the deeply unpopular British retail tycoon Mike Ashley. But they’ve also welcomed their new investors with few qualms.

The crowd outside the stadium last week chanted, “We are Saudis, we do what we want,” while supporters on social media changed their avatars to the face of MBS.

The fans “aren’t callous,” said one contributor on True Faith, a podcast for Newcastle United fans. “They’re not saying, ‘I don’t care about human rights,’ but in the context of this, it’s not that important to an everyday football supporter and they have zero control over it.”

Some have grown hostile to the media, asking why Newcastle appears to be facing more scrutiny than American or British governments that have sold arms to Saudi Arabia.

They point to the growing list of sports teams financed by foreign petrobillions: If they can do it, why can’t we?

“We are under attack,” another contributor to the True Faith podcast said. “We don’t care. We’re all absolutely buzzing.”