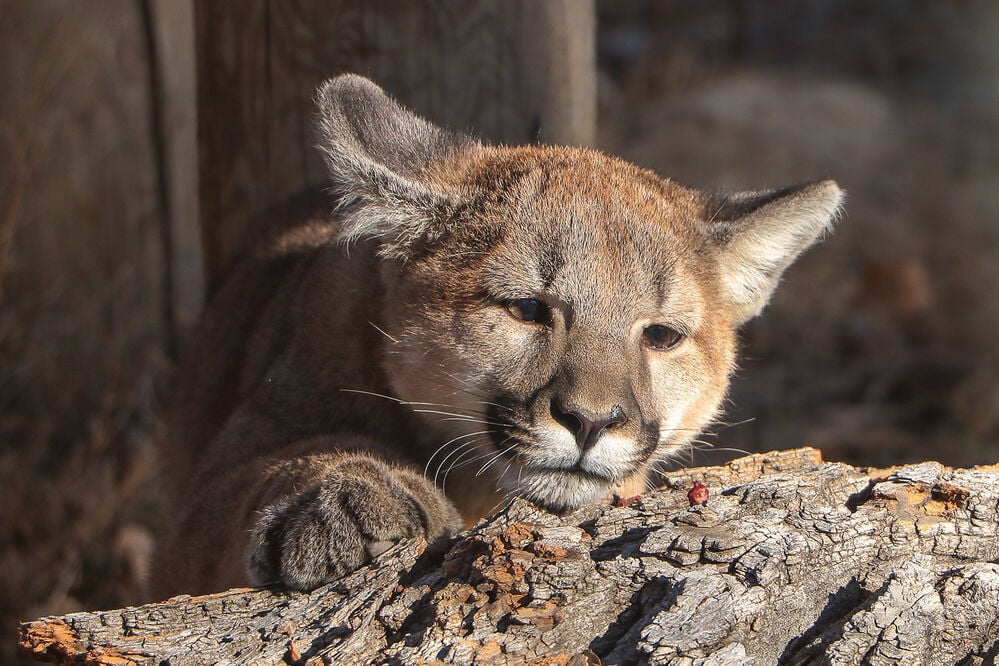 A puma cub at Riverside Discovery Center looks for a piece of meat left over from his breakfast. 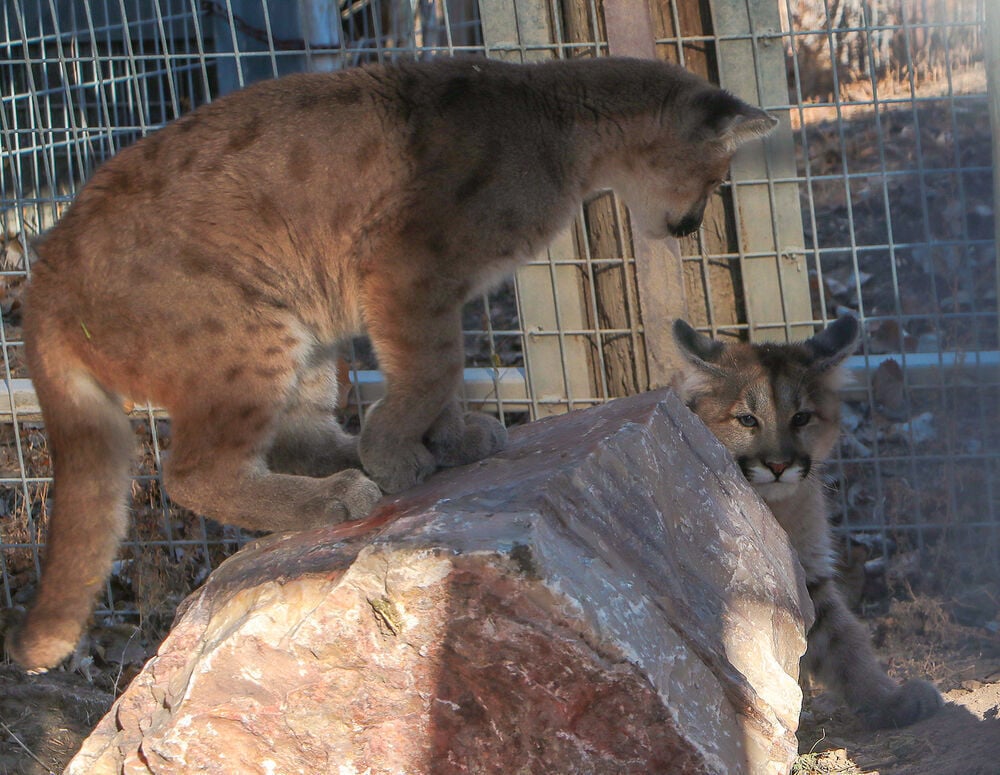 One of Riverside Discovery Center’s puma cubs tries to get another to play with him. 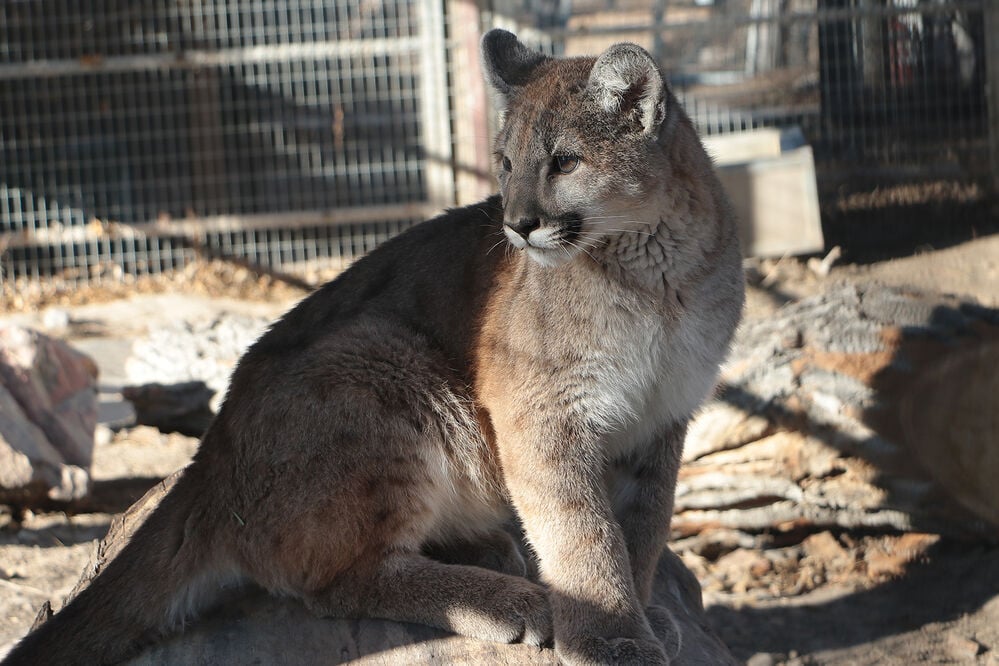 One of Riverside Discovery Center’s puma cubs sits on a log while watching for the other to pounce on.

SCOTTSBLUFF — After a few weeks in quarantine, Riverside Discovery Center’s new puma cubs have been moved to their permanent enclosure.

Anthony Mason, the Scottsbluff zoo’s director, said it couldn’t have gone any better.

“Now that they’re actually together, they are playing a lot,” he said. “It’s really fun.”

Mason said he gave the cubs a little time to get acquainted before putting them in the same enclosure.

“We gave them a little bit of side-by-side time where they could see and smell each other,” he said. “I think it was that first day, they were trying to play with each other through the fence. (They got along well), so we gave them access to each other.”

The puma cubs were a little apprehensive at first, but Mason said that didn’t last long.

Just like any kitten, the pumas are a ball of energy. Mason said having a companion makes it better for the pumas.