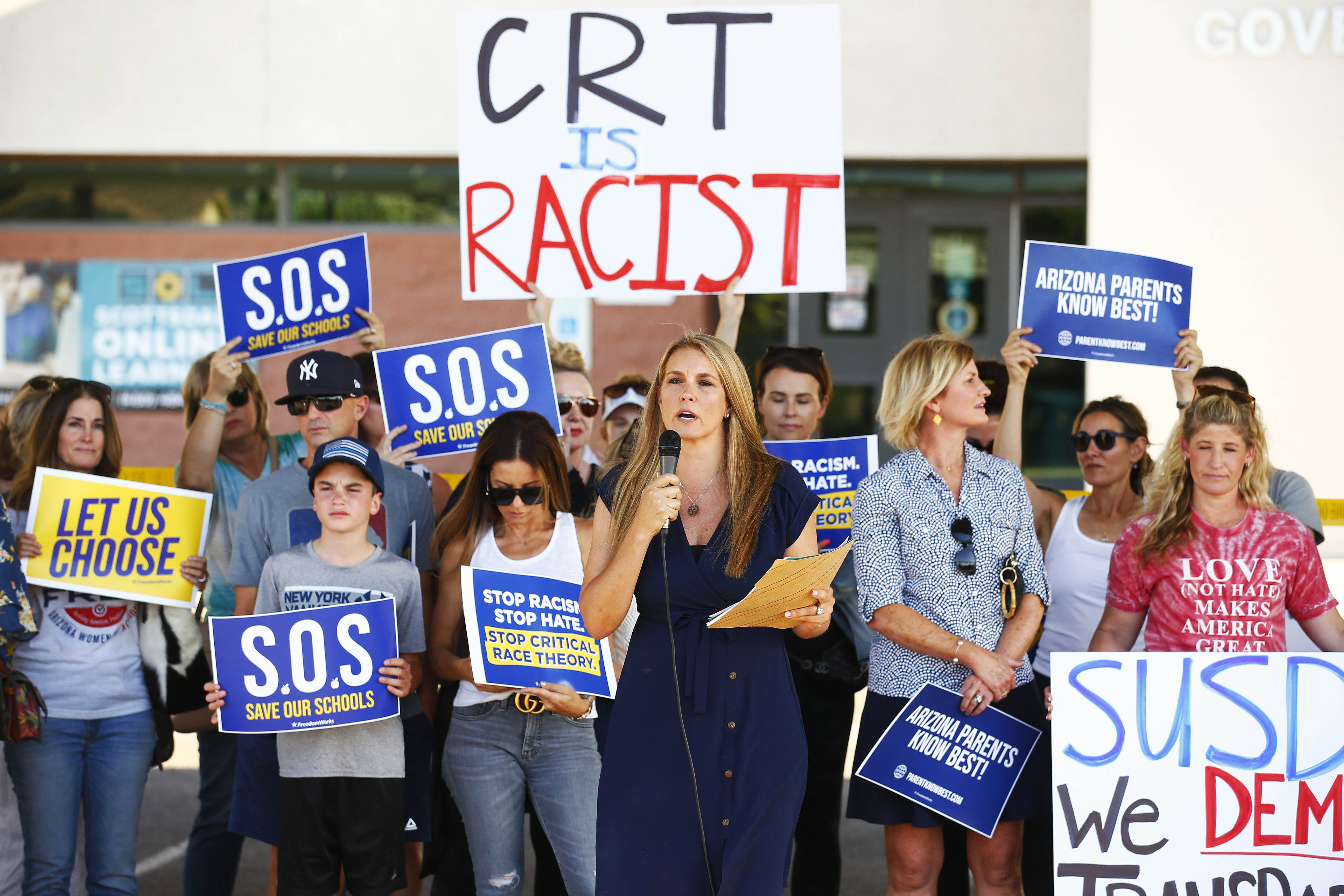 In a matter of months, Republican lawmakers in nearly half of the states have proposed legislation to limit the teaching of concepts such as racial equity and white privilege. In some cases, those concepts have been inaccurately described as “critical race theory” — a decades-old academic premise that contends systemic racism remains central to much of American life and its legal system.

While only a handful of these bills, introduced since at least February, explicitly mention critical race theory, they all contain similar language and goals, and deem teaching of historical racism and its impact on modern U.S. society divisive or racist. There is scant evidence, experts note, that critical race theory is being widely taught in K-12 public schools, as it’s usually introduced at the graduate school level. Critics accuse conservatives who are championing the legislation of using the term as a catchall for any anti-racist and diversity efforts in education — an effort they fear is meant to silence certain views.

“Any anti-racist effort is being labeled as critical race theory,” said Jonathan Chism, assistant professor of history at the University of Houston–Downtown and co-editor of “Critical Race Studies Across Disciplines.”

“Many that are condemning critical race theory haven’t read it or studied it intensely. This is largely predicated on fear: the fear of losing power and influence and privilege,” he said. “The larger issue that this is all stemming from is a desire to deny the truth about America, about racism.”

In some states, lawmakers have also sought to put limits on teachers’ ability to make references to The New York Times’ Pulitzer Prize-winning 1619 Project, which argues the introduction of slavery marks the nation’s true beginning. In the wake of the project’s release, Chicago Public Schools officials announced the school system would utilize the project in classrooms. Schools in New York, New Jersey and Washington, D.C., followed suit, noting the importance of highlighting the way America’s past has influenced the present.

So far, such legislation has been proposed in 22 states and signed into law in five — Idaho, Iowa, Oklahoma, Texas and Tennessee. Legislators behind the Idaho bill said critical race theory “tries to make kids feel bad.” Tennessee lawmakers said teaching about racism promotes “division,” and a pending bill in Rhode Island bans teaching the idea that “the United States of America is fundamentally racist or sexist.” The fight over race and equity in schools is a coordinated one, backed by well-connected conservative groups and media outlets.