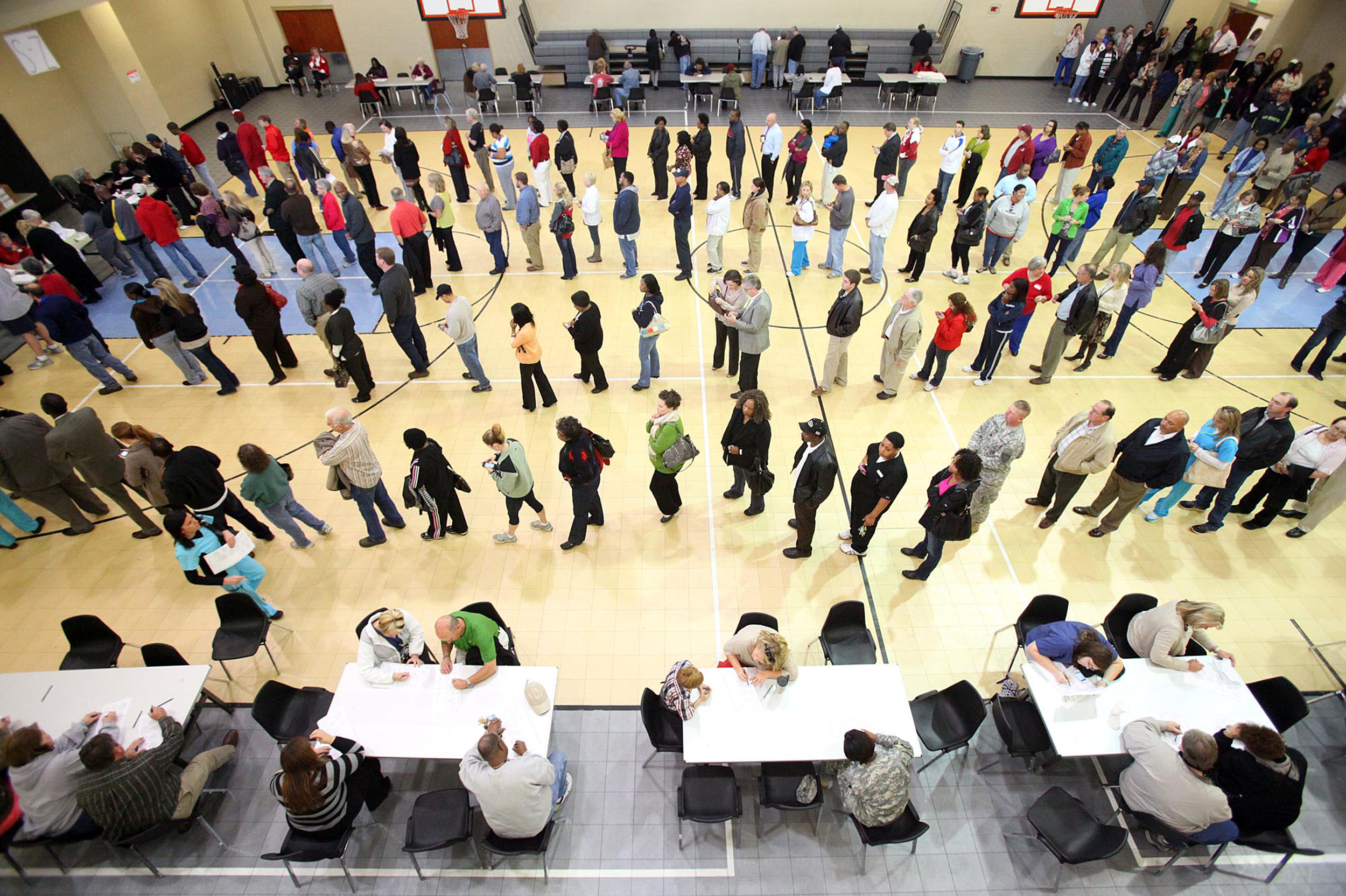 According to the latest report from the Brennan Center for Justice at NYU Law, Republican legislators in 19 states have enacted 33 laws this year that make it harder for Americans to vote. Many of these measures wouldn’t have become law under the Voting Rights Act, but with Republican-appointed Supreme Court justices having gutted the landmark civil rights statute, there was little voting-rights advocates could do to stop the anti-voting campaign.

At the federal level, congressional Democrats are pushing the Freedom to Vote Act, which would certainly make significant difference, but the legislation is not designed to address the court-imposed damage to the Voting Rights Act. Those efforts are part of a separate bill.

And as NPR reported yesterday, that other bill is gaining fresh attention on Capitol Hill.

Senate Democrats on Tuesday introduced legislation aimed at restoring the power of the Voting Rights Act, reinvigorating their push to protect voting rights against a slew of voting restrictions enacted in Republican-led states. Vermont Democratic Sen. Patrick Leahy introduced the bill Tuesday, saying that “tens of thousands of Americans are being disenfranchised under the guise of state law.”

If this sounds at all familiar, it’s not your imagination. Leahy is the lead sponsor on the John Lewis Voting Rights Advancement Act, which passed the House in August. Senate Majority Leader Chuck Schumer delivered floor remarks yesterday making clear that he’s taking the bill seriously.

“This is a good bill. This is an urgent bill. And as majority leader it is my intention to hold a vote on this legislation in the near future,” Schumer said. “I am proud to designate this as S.4, to mark its critical restoration of the Section IV preclearance formula…. [W]e will not be deterred just because some of our colleagues choose to stand silent with their arms crossed, content to play politics with the health of our republic. On this issue, the Senate must act, and we will act.”

The New York Democrat is one of 48 co-sponsors of the legislation. In fact, every member of the Senate Democratic conference has signed on as an original co-sponsor — except West Virginia’s Joe Manchin.

As a matter of political realism, it’s best to keep expectations low. In the House, literally zero Republicans helped pass the bill in August, and in the Senate, there’s little to suggest GOP support will be any stronger.

But circling back to our recent coverage, it wasn’t that long ago when we saw a very different political dynamic. In fact, in the not-too-distant past, the Voting Rights Act was a rare area of bipartisan agreement. As recently as 2006, when Congress reauthorized the measure first approved in 1965, the vote in the House was 390 to 33, with nearly 200 votes from GOP lawmakers. In the Senate, the reauthorization passed 98 to 0. Not even the most conservative Senate Republicans wanted to be seen as opponents of the Voting Rights Act.

The president who signed it into law was none other than George W. Bush, who held a big public ceremony at the White House to celebrate the extension of one of the most important pieces of legislation in American history.

Senate Republican Leader Mitch McConnell delivered remarks on the Senate floor at the time, touting his support for the law.

“I happen to have been there the day the original voting rights bill was signed,” the Kentuckian said, adding, “We have, of course, renewed the Voting Rights Act periodically since that time, overwhelmingly, and on a bipartisan basis, year after year after year because members of Congress realize this is a piece of legislation which has worked. And one of my favorite sayings that many of us use from time to time is, ‘if it ain’t broke, don’t fix it.'”

McConnell went to say, “This is a good piece of legislation which has served an important purpose over many years.”

Seven years later, Republican-appointed justices on the Supreme Court took a sledgehammer to the Voting Rights Act. In the aftermath, GOP lawmakers who didn’t want to be held responsible for damaging the landmark law took advantage of the political opportunity created by the high court: Republicans could simply keep the post-ruling status quo in place indefinitely, and exploit the new legal landscape to tilt the democracy in their favor.

I’d love to say the John Lewis Voting Rights Advancement Act has a chance, but unless Democrats agree to start considering bills like these by majority rule, the odds of success are poor.