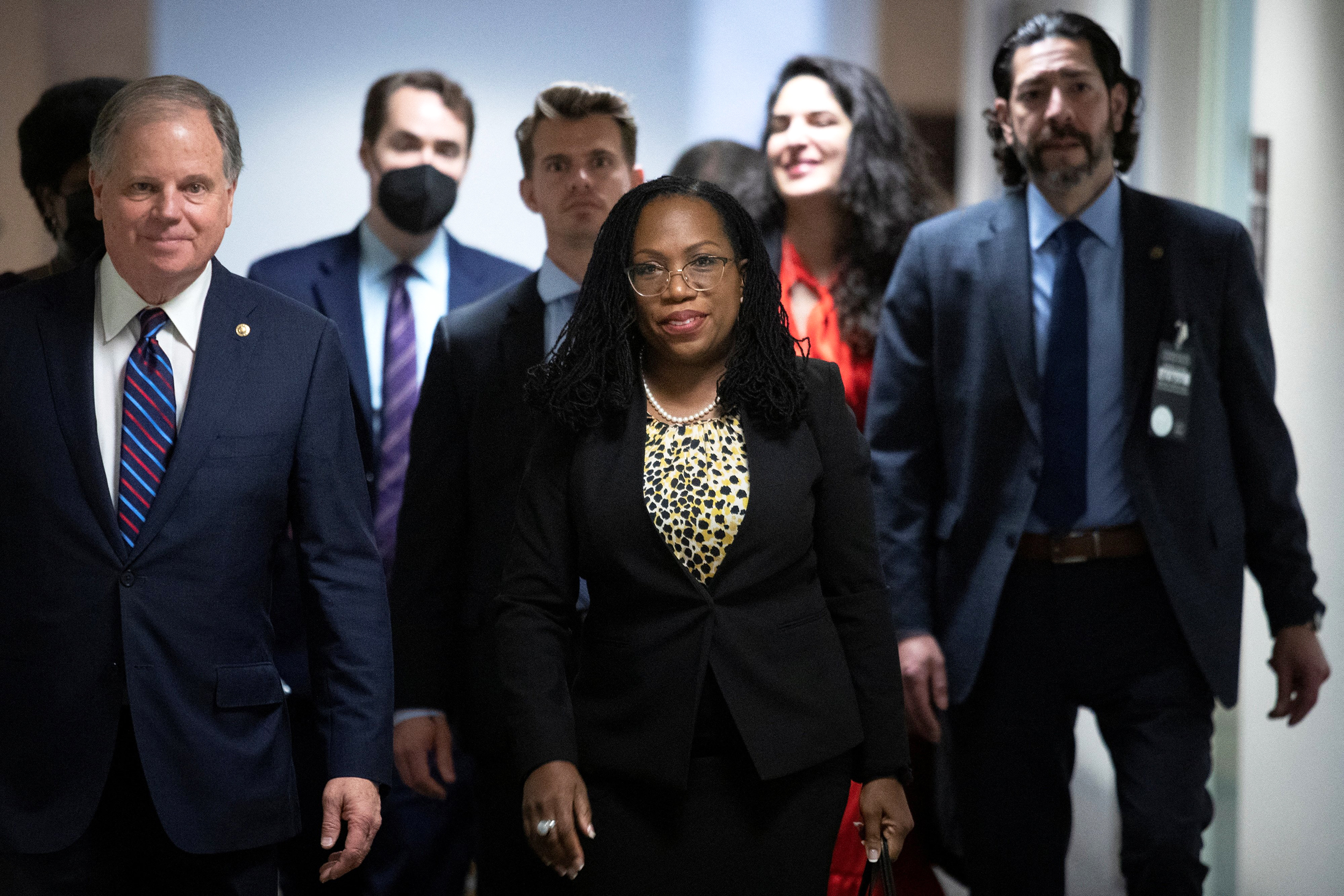 WASHINGTON — The Democratic-controlled Senate is poised to make history on Thursday by confirming Judge Ketanji Brown Jackson to the Supreme Court.

She is all but guaranteed to win confirmation, with 53 senators having indicated their support in a procedural vote this week. The total included all 50 Democratic-voting senators, along with Republicans Susan Collins of Maine, Lisa Murkowski of Alaska and Mitt Romney of Utah.

“The United States Senate, happily, wonderfully, is on the brink of completing one of the most important responsibilities entrusted to it under the Constitution: consenting to the president’s nominee for the U.S. Supreme Court,” Senate Majority Leader Chuck Schumer, D-N.Y., said before announcing plans for a Thursday afternoon vote. “And as I said, happily and wonderfully, it will be the first African American woman to ever serve on that august body.”

“These days, the Senate takes an assertive role. In particular, most senators do not merely check résumés and basic legal qualifications but also look into judicial philosophy,” he said Wednesday.

McConnell and other Republicans have criticized Jackson, a judge on the U.S. Circuit Court of Appeals for Washington, D.C., for not embracing “originalism,” a framework of narrow constitutional interpretation popular in conservative legal and activist circles. Some have also accused her of having issued lenient sentences in cases involving child exploitation when she was a trial judge.

Romney rejected those concerns, saying Jackson’s judicial approach is “within the mainstream,” even if he does not expect to agree with all of her rulings.

“She’s also a highly qualified, intelligent, capable person,” he said in an interview. “And I wish her very best.”

If she is confirmed, Jackson would be expected to take office this summer, at the end of the court’s current term, after Justice Stephen Breyer officially steps down.