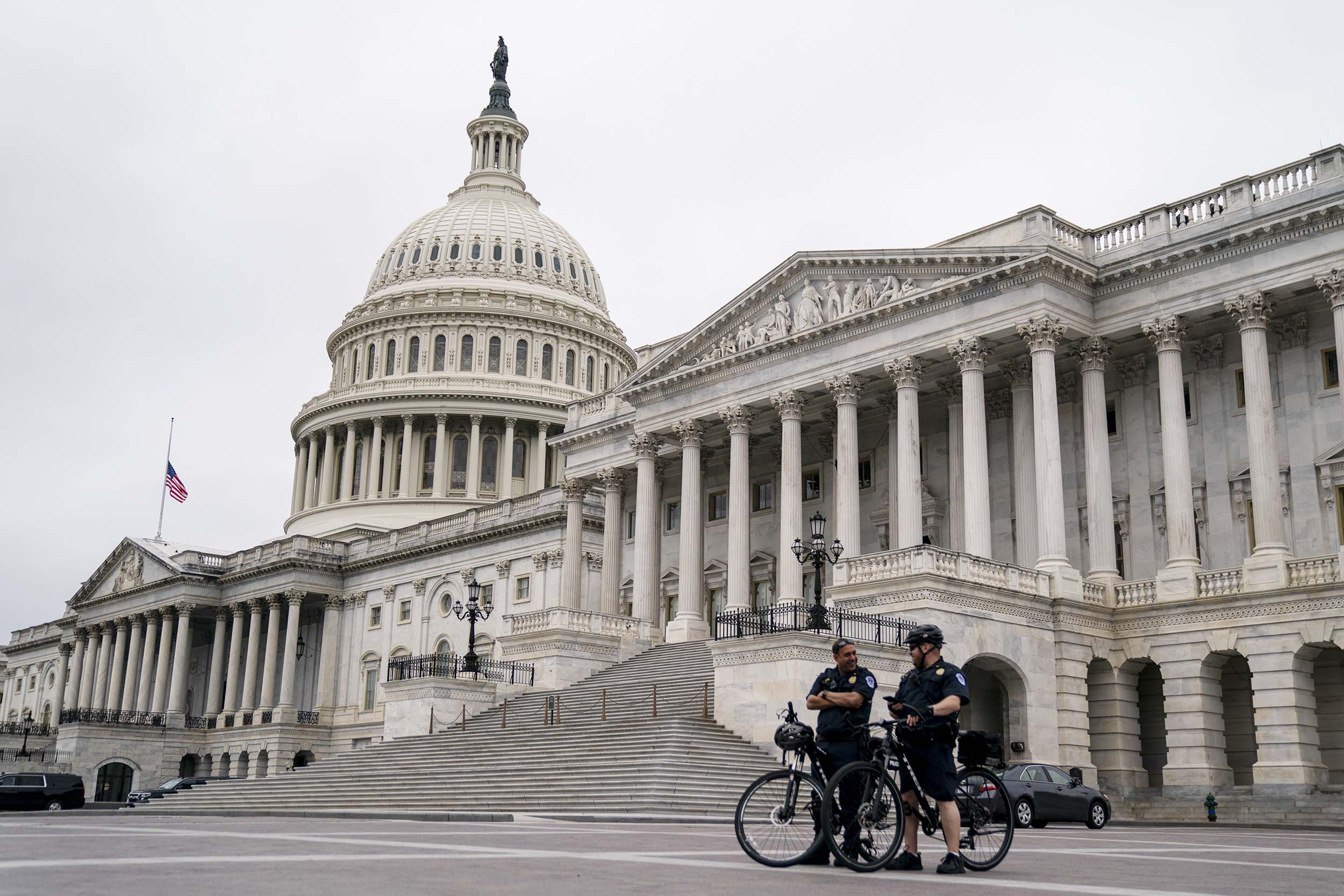 Given recent events, it’s temping to assume the Domestic Terrorism Prevention Act would pass Congress with relative ease. As we were reminded this afternoon, those assumptions would be wrong. NBC News reported:

Senate Republicans blocked the chamber from proceeding to a House-passed domestic terrorism bill that advanced earlier this month after what officials described as a racially motivated shooting in Buffalo, New York, left 10 people dead and three wounded.

As the vote wrapped up, the final tally was 47 to 47, with six senators — two Democrats and four Republicans — missing the vote. Their absence would not have changed the outcome: This was a procedural vote that required 60 senators in the majority.

That would’ve required at least 10 GOP members to break ranks. Instead, literally zero Republicans in the upper chamber voted for it.

This comes a week after the House passed the same bill with just one Republican — Illinois’ Adam Kinzinger — voting with the Democratic majority. All told, across the House and Senate, 251 Republicans voted on the Domestic Terrorism Prevention Act, and 250 of them voted against it.

Given the scope of the Republican opposition, it might seem as if the Domestic Terrorism Prevention Act is a wildly ambitious and/or overtly partisan proposal, but as we discussed last week, it’s really not.

As a separate NBC News report explained, the legislation is — that is, was — designed to create domestic terrorism offices within the Justice Department, the Department of Homeland Security and the FBI to facilitate better coordination and help the agencies identify risks and homegrown threats.

It also would require biannual reporting about the state of domestic terrorism threats, with a particular focus on combating “white supremacist and neo-Nazi infiltration of the uniformed services.”

A New York Times report added that the bill is actually rather restrained: “[I]t would stop short of creating new federal powers to crack down on domestic terrorism; it would not create new criminal offenses or new lists of designated domestic terrorist groups, nor would it give law enforcement additional investigative powers.”

The same article added that Democrats negotiated internally “to amend the bill to assuage the concerns of progressives, narrowing the definition of domestic terrorism and adding a provision to guarantee that individuals could not be put under surveillance for the mere act of taking part in a protest.”

That was enough to ensure unanimous support among House Democrats — and near unanimous opposition from congressional Republicans.

To appreciate the rationale behind the GOP opposition, consider this tweet from Sen. Marco Rubio, published a few days ago. “This week a democrat party [sic] infiltrated by marxists [sic] & left wing [sic] extremists will try to pass a bill giving them the power to go after anyone they decide to label as racists or extremists,” the Florida Republican wrote, sounding more like an angry online troll than the vice chair of the Senate Intelligence Committee.

In reality, none of this made sense. The bill had nothing to do with giving the Democratic Party more power, and whether Rubio appreciates this or not, violent extremism is a real problem in the United States.

The data does not include the 10 people murdered by a suspected white-supremacist gunman at a Buffalo grocery store this month.

Improving coordination across federal agencies and identifying domestic security risks should be a bipartisan priority. Today, it was not.