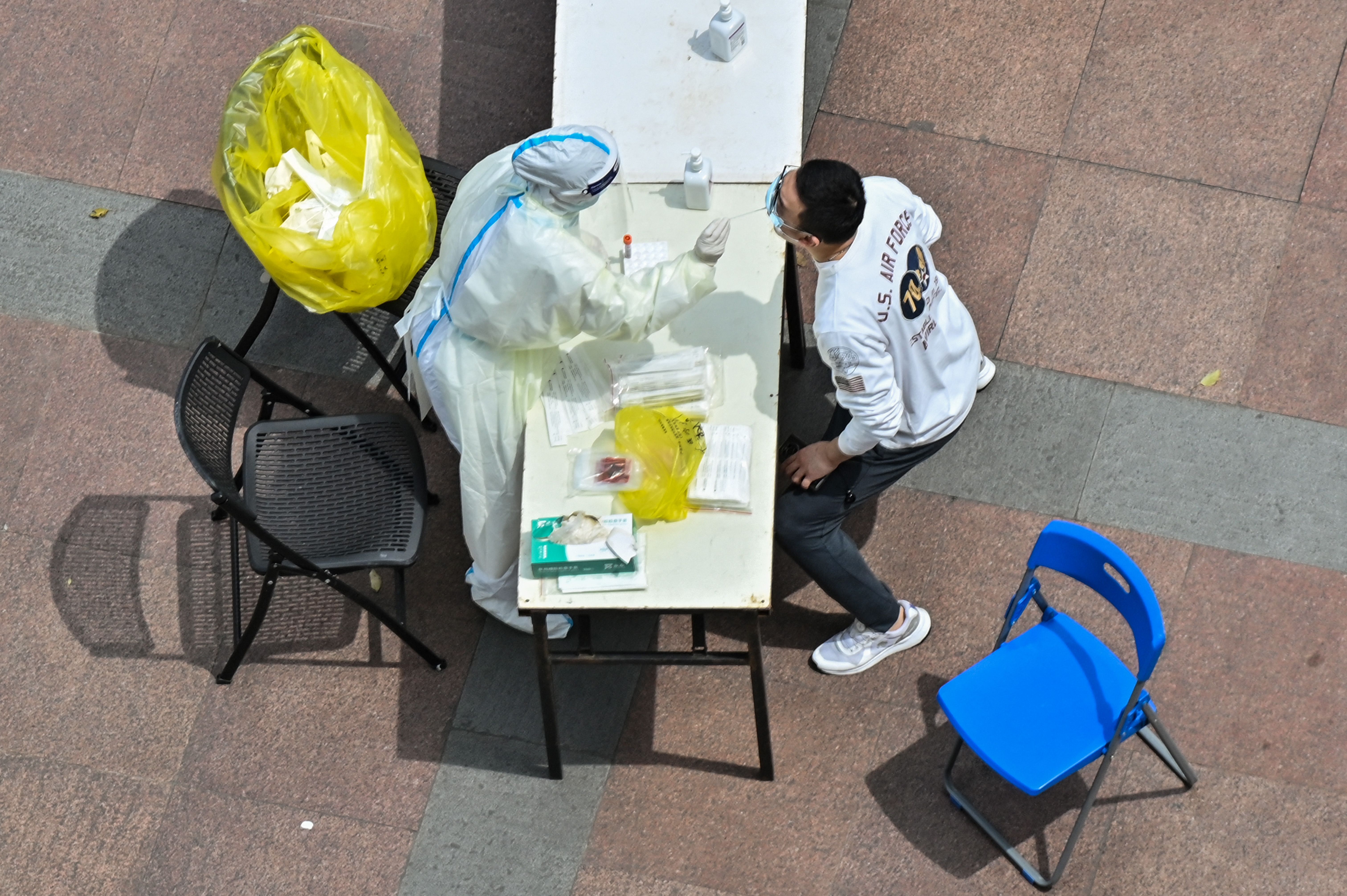 SHANGHAI — Authorities in China’s financial center of Shanghai will start easing lockdown in some areas starting Monday, despite reporting a record of more than 25,000 new Covid-19 infections, as they strive to get the city moving again after more than two weeks.

Shanghai has classed residential units into three risk categories, to allow those in areas with no positive cases during a two-week stretch to engage in “appropriate activity” in their neighborhoods, city official Gu Honghui said.

“Each district will announce the specific names of the first batch (of communities) divided into the three types, and three subsequent lists will be announced in a timely manner,” he told a news briefing.

That promises relief for some of the city’s 25 million residents, many of whom have struggled to find food and medicine after weeks locked down in the battle against China’s biggest outbreak since the coronavirus was first discovered in the central city of Wuhan in late 2019.

One of the first districts to release its list was southwestern Jinshan, which posted the names of residential areas still in the high- and medium-risk categories in its official channel on messaging app Weibo.

Gu said Shanghai had divided the city into 7,624 areas that are still sealed off, a group of 2,460 now subject to “controls” after a week of no new infections, and 7,565 “prevention areas” that will be opened up after two weeks without a positive case.

Those living in “prevention areas,” though able to move around their neighborhoods, must observe social distancing and could find themselves sealed off again if there are new infections, he said.

Shanghai would make “dynamic” adjustments to the new system, Gu added, vowing greater efforts to minimize the impact of curbs on ordinary people in China’s most populous city.

“We also hope all citizens and friends will continue to support and cooperate,” he said.

Some criticized the move as a big risk at a time when Shanghai’s caseload exceeds 25,000, while others said authorities had no choice.

“I think this is the Shanghai government admitting it cannot continue locking down while ensuring that its citizens don’t starve to death,” one user commented on Weibo.

It is misleading to view omicron as “big flu,” and lowering China’s guard would expose its huge elderly population to risk, especially as the virus mutates, said Liang, the head of the National Health Commission’s working group on Covid-19.

Shanghai added 25,173 new asymptomatic infections on Sunday, up from 23,937 the previous day, although symptomatic cases edged down to 914 from 1,006.