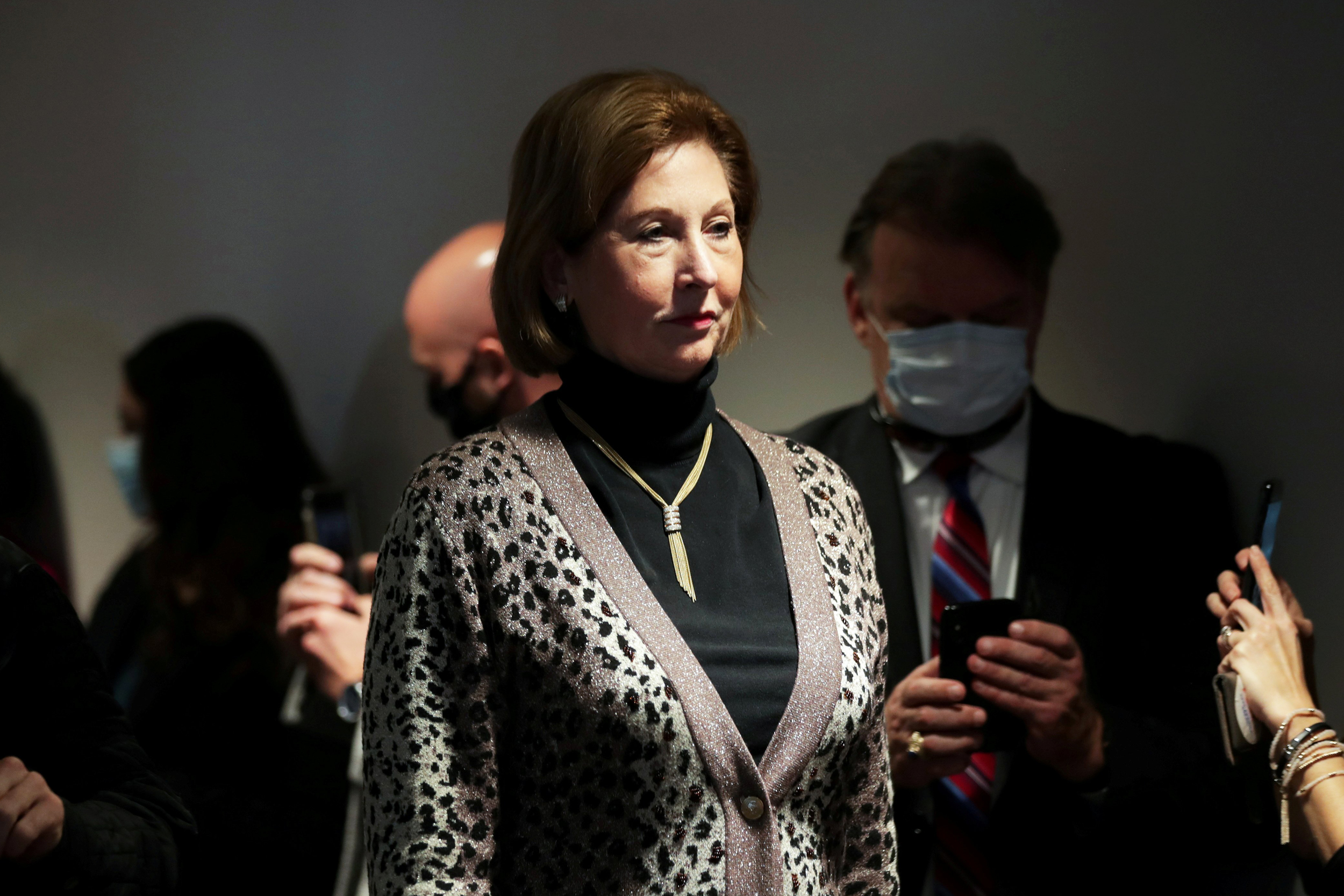 It’s clearly been a tough year for Sidney Powell and her bizarre anti-election conspiracy theories. She was fired from Team Trump; one of her big lawsuits became a fiasco; and federal prosecutors are demanding financial records from her operation as part of a reported criminal investigation.

Powell’s position didn’t improve when The Washington Post reported this week that her non-profit, Defending the Republic, raised more than $14 million by spreading obvious election falsehoods — and questions about where the money was going led many members of the group’s staff and board to resign.

It was against this backdrop that Donald Trump sat down with conservative media figure Hugh Hewitt this week, and the host asked about the controversial lawyer’s recent troubles. As the transcript shows, the former president responded as if he barely knew Powell.

“No, she was, she didn’t work for me. She was a lawyer that was representing General [Mike] Flynn and some others, and she never officially — now she was on our side from the standpoint, I guess, you know, from the standpoint of what she was doing, but she didn’t work for me as per se. She worked for General Flynn and others. And I disagree with some of the things that she’s doing, and some of the statements that she made, as you know.”

The Republican didn’t literally say, “Sidney who?” but that appeared to be the subtext.

There are, of course, a couple of problems with this. The first is the mountain of evidence that makes clear that Powell was very much a part of Trump’s team.

Indeed, she was a high-profile member of the then-president’s legal team — described at the time as one of Trump’s “senior lawyers” — whom he identified by name as one of his attorneys.

Even after she was ousted, Powell remained a member of Trump’s inner circle. As he grew desperate to keep power after his defeat, Powell made multiple visits to the White House, and Axios reported that among Trump aides, there was a “consensus” that the then-president was “listening to Sidney Powell more than just about anyone who is on his payroll, certainly more than his own White House Counsel.”

The Washington Post noted this week that Powell and Flynn even tried to convince Trump to appoint her as some kind of special counsel, which would’ve granted her wild goose chase “the imprimatur and resources of the federal government.”

But just as amazing is the larger pattern. As we discussed last summer, after Steve Bannon was indicted by a federal grand jury — the first time, not to be confused with his more recent indictment — the then-president acted as if he barely knew Bannon, saying he’d merely worked “for a small part of the administration.”

He was hardly alone. In late 2019, Trump described then-U.S. Ambassador to the European Union Gordon Sondland — part of “a small cadre of ambassadors who enjoy direct and frequent access to Trump” — as “a really good man” and a “great American.” Soon after, when Sondland got caught up in the Ukraine scandal that led to the then-president’s impeachment, Trump said, “Let me just tell you, I hardly know the gentleman.”

A month earlier, Trump said he didn’t know Igor Fruman and Lev Parnas after their arrests, despite his previous interactions with them.

When Paul Manafort was indicted, Trump’s former campaign chairman became some random staffer “who played a very limited role for a very limited amount of time.” When White House National Security Adviser Michael Flynn was forced to resign in disgrace, Team Trump decided he was “a former Obama administration official” who did some “volunteer” work for the president.

Carter Page was described as someone Trump “does not know.” George Papadopoulos was dismissed as a “coffee boy.” Trump World even tried to downplay its association with Cambridge Analytica, the Trump campaign’s data firm.

Let this be a lesson to Trump’s associates: If you run into trouble or become inconvenient, your loyalty will not be rewarded.