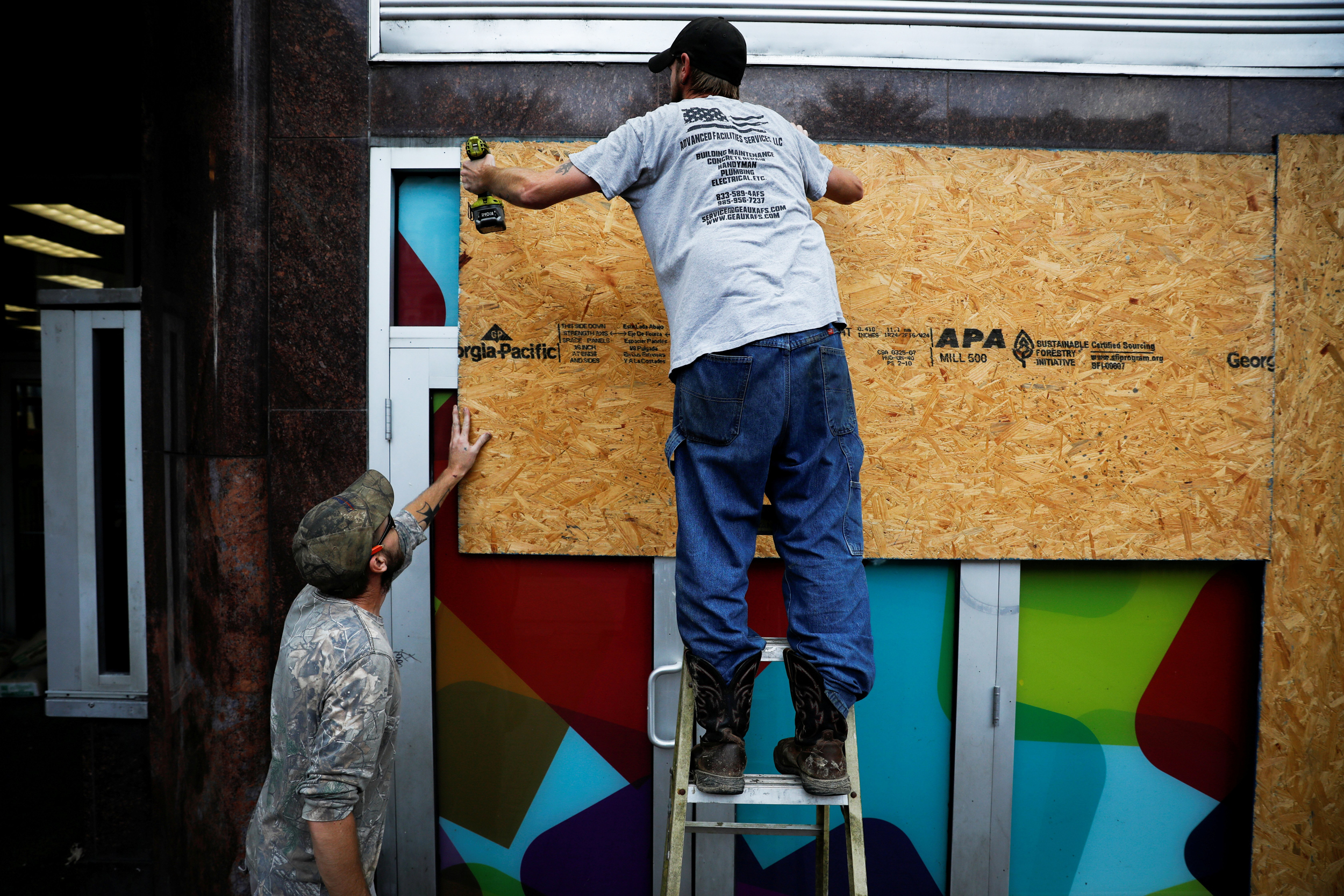 On Friday evening Mayor LaToya Cantrell warned New Orleanians that Hurricane Ida had unexpectedly strengthened and moved “more rapidly than anyone was prepared for.”

It was too late to order an evacuation, she said, or to call for the major interstates to reverse all lanes in the directions out of the city — a tactic called contraflow that leaders in Louisiana use to quickly evacuate populated areas when dealing with a dangerous hurricane or other major emergency.

“Time is not on our side,” she said in that day’s second press conference. “The city cannot issue a mandatory evacuation because we don’t have the time.”

Cantrell’s demeanor Friday evening was a severe departure from the soft tone and occasional warm smile she shared during the late morning’s press conference. While some locals criticized the new tone and delayed evacuation order, other storm-seasoned residents as well as scientists defended the mayor and said Hurricane Ida’s speed and power were alarming and difficult to predict.

On Friday morning, the mayor warned of a “major storm heading our way,” ordered evacuations outside the protection of the city’s levee system and told residents to prepare for the hurricane, but she also noted that on Saturday the New Orleans Saints would still play their preseason game — albeit earlier in the day — and said the city planned to hold a funeral in honor of a local detective at the same time.

Some residents said that the fact the mayor said the Saints planned to play, which was ultimately cancelled, made them believe the situation wasn’t too serious. Within six hours, however, the mayor’s perspective and tone shifted as the hurricane picked up speed and power.

Chris Hannah, a bartender and co-owner of two bars in the French Quarter — Manolito and Jewel of the South — said Cantrell’s warning Friday morning pushed him to pick up supplies earlier than he had intended to. He’d also planned on keeping his bars open on Saturday, but he said the mayor’s press conference that morning encouraged him to close and give his staff time to evacuate.

“The pace of this storm was 100 percent not the same as Katrina — we had more than a week of warning with Katrina,” Hannah said from his New Orleans home, which had lost power. “I think that everybody is much more well prepared than last time, but usually we have more time.”

The mayor’s office said the degree of Hurricane Ida’s escalation was unexpected, and it made them change course in the six hours between the two press conferences.

“What changed between Friday morning and Friday afternoon was that the outlook for the storm became far more serious, and the timeline became far shorter,” Beau Tidwell, a spokesman for the mayor’s office said. “Ida developed more quickly and more dramatically than anyone was prepared for.”

Cantrell said during Friday evening’s press conference that she asked Louisiana Gov. John Bel Edwards whether they could fulfill the contraflow plan, but the governor and the National Weather Service said it was too late.

Cantrell reiterated this in an interview with NBC News affiliate WDSU Saturday evening.

“I asked for that and after they reviewed, they said, ‘Absolutely not. It would not work. We don’t have the time,’” she said.

The governor’s office and National Weather Service did not respond to requests for comment, but contraflow typically requires a huge amount of state resources and manpower to pull off, and it necessitates a large degree of coordination and planning.

Dr. Shawn Wilson, Secretary of the Louisiana Department of Transportation and Development, admitted to WDSU the evacuation wasn’t ideal and required an enormous amount of help from members of law enforcement

“It wasn’t fast, it wasn’t perfect, but to my knowledge, we’ve had no deaths related to the evacuation effort,” he said. “We’ve helped hundreds of stranded citizens, with motorist patrol, for fuel, flat tires, debris on the road. We’ve kept them clean, worked very well with our state police to try to mitigate traffic.”

Kerry Emanuel, an atmospheric science professor at the Massachusetts Institute of Technology, said it became increasingly clear to members of the forecasting community on Friday that the storm would rapidly intensify because the water in the Gulf of Mexico was incredibly warm.

That warm water, which provides hurricanes further energy, also ran unexpectedly deep. Typically the water Hurricane Ida would churn up would be colder and limit the storm’s intensity. Since the hurricane only pushed up further warm water, the storm continued to strengthen as it neared the coast.

“The thing that really keeps forecasters awake at night is the prospect of going to bed one night with a tropical storm somewhere in the Gulf of Mexico and waking up the next morning with a Category 4 storm,” Emanuel said. “By the time they realize it, there’s not enough time to evacuate people and unfortunately we expect that to become more common as a byproduct of global warming.”

Residents like Hannah, a 19-year resident of New Orleans who rode out Hurricane Katrina, may find the new reality scary, but the shadow of past storms are still there to haunt them.

“For me personally, I’m just sadly having flashbacks of Katrina,” he said. “I don’t think I’m gonna be happy again until maybe tonight when we find out what happened.”