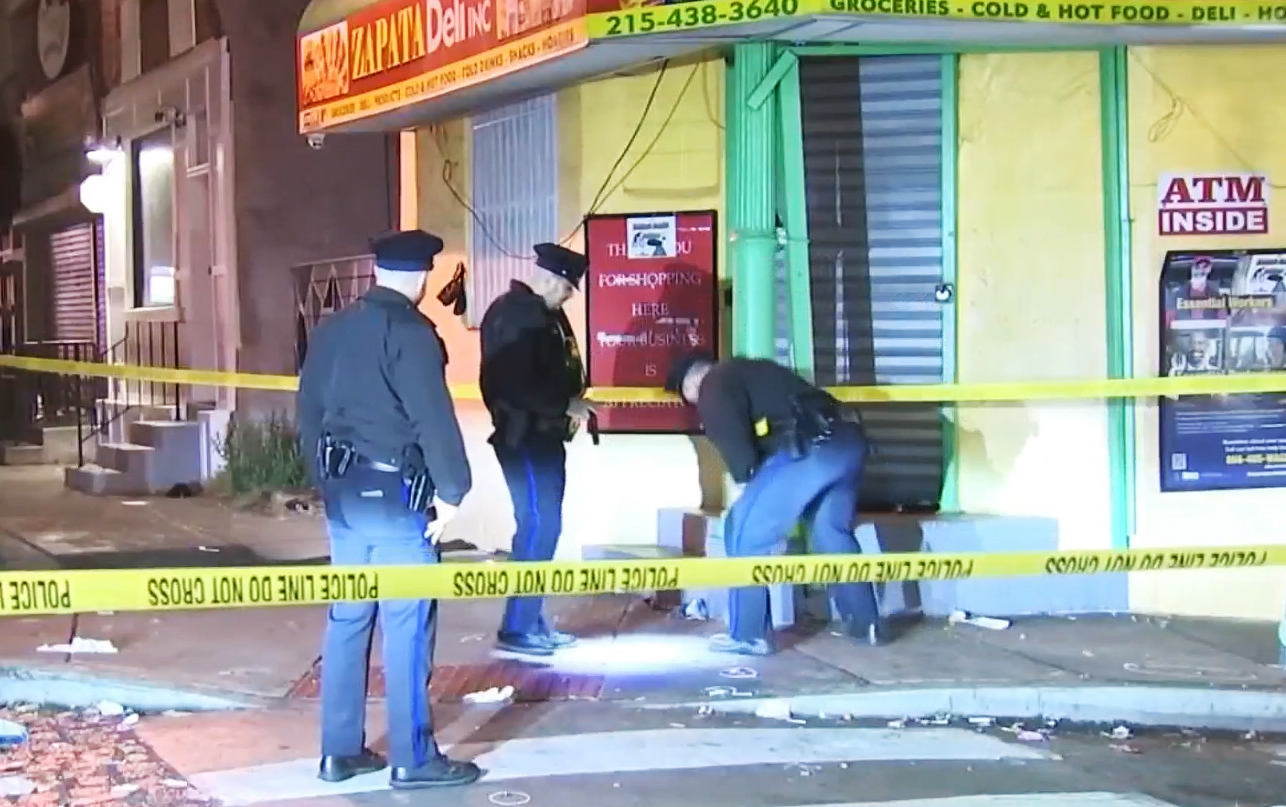 Six people were injured, including one in critical condition, after two gunmen fired more than 65 shots in Philadelphia on Thursday night, according to police.

Police responded to numerous calls of gunshots on a block in the neighborhood of Germantown around 11:30 p.m. Thursday and found a 21-year-old woman shot multiple times in the chest and stomach and semi-conscious, Philadelphia Police Department Chief Inspector Scott Small said. The woman was taken to a local hospital and is in critical condition.

Police said at least 65 shots were fired from two separate caliber semi-automatic weapons. The gunmen remained on the loose Friday.

“The crime scene is very extensive. We found over 65 shell casings. That’s a lot of shots,” Small said.

Five men later arrived at area hospitals with gunshot wounds from the incident, he said. The men ranged in age from 19 to 29 and had injuries including gunshots to the leg or foot, police said.

Small said the woman, who sustained multiple gunshot wounds, may have been the intended target “due to the fact that she was hit so many times,” but with dozens of shell casings it was hard to tell who was a target and who was wounded by stray gunfire.

A Philadelphia city website tracking shooting victims and homicides showed that as of Tuesday, there were 1,827 nonfatal shooting victims in 2021, an increase of more than 600 from pre-pandemic levels in 2019, according to The Associated Press. Philadelphia police showed 559 homicides going into the last day of 2021, the most recorded since the city began tracking in 1960.

Daniella Silva is a reporter for NBC News focusing on the economic recovery and its effect on families, as well as immigration.