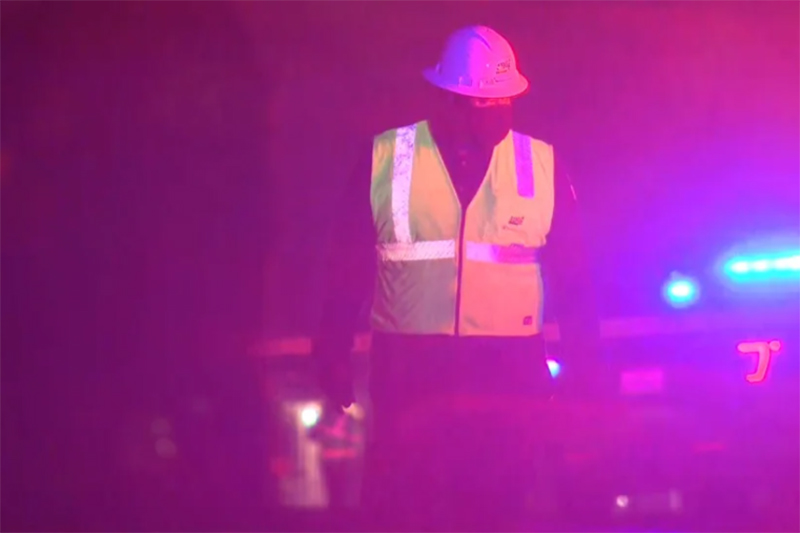 An investigation is underway after a small plane crashed in a residential area near San Diego, California, on Monday, officials have said.

First responders were called to the scene in the area of El Cajon, just over 15 miles east of San Diego, at around 7 p.m. local time (10 p.m. ET), the San Diego County Sheriff’s Department said in a statement.

When they arrived, firefighters were not able to locate any survivors, the department said.

“At this time, we do not have information on where the plane was coming from or how many were on board,” it said.

The aircraft had been scheduled to land at the Gillespie Field airport in El Cajon, the department said.

It is still unclear what caused it to crash. However, chilling live air traffic control audio appears to capture the scene onboard the aircraft in the moments before the plane plummeted to the ground.

In the audio, the apparent pilot of the plane can be heard communicating with air traffic controllers. At first, they appear to be calm, but moments later, a voice can be heard shouting before breaking out into a scream.

No one was hurt on the ground, according to the San Diego County Sheriff’s Department.

At least one home was damaged in the incident, with power lines also knocked down, affecting dozens of homes.

The sheriff’s department said night that San Diego Gas and Electric crews were on the scene working to restore power to nearly 70 customers in the area.

The Federal Aviation Administration and National Transportation Safety Board have been working to process the scene as they investigate the incident, it said.

Anyone with photos or videos of the plane crash has been asked to send them to witness@ntsb.gov.