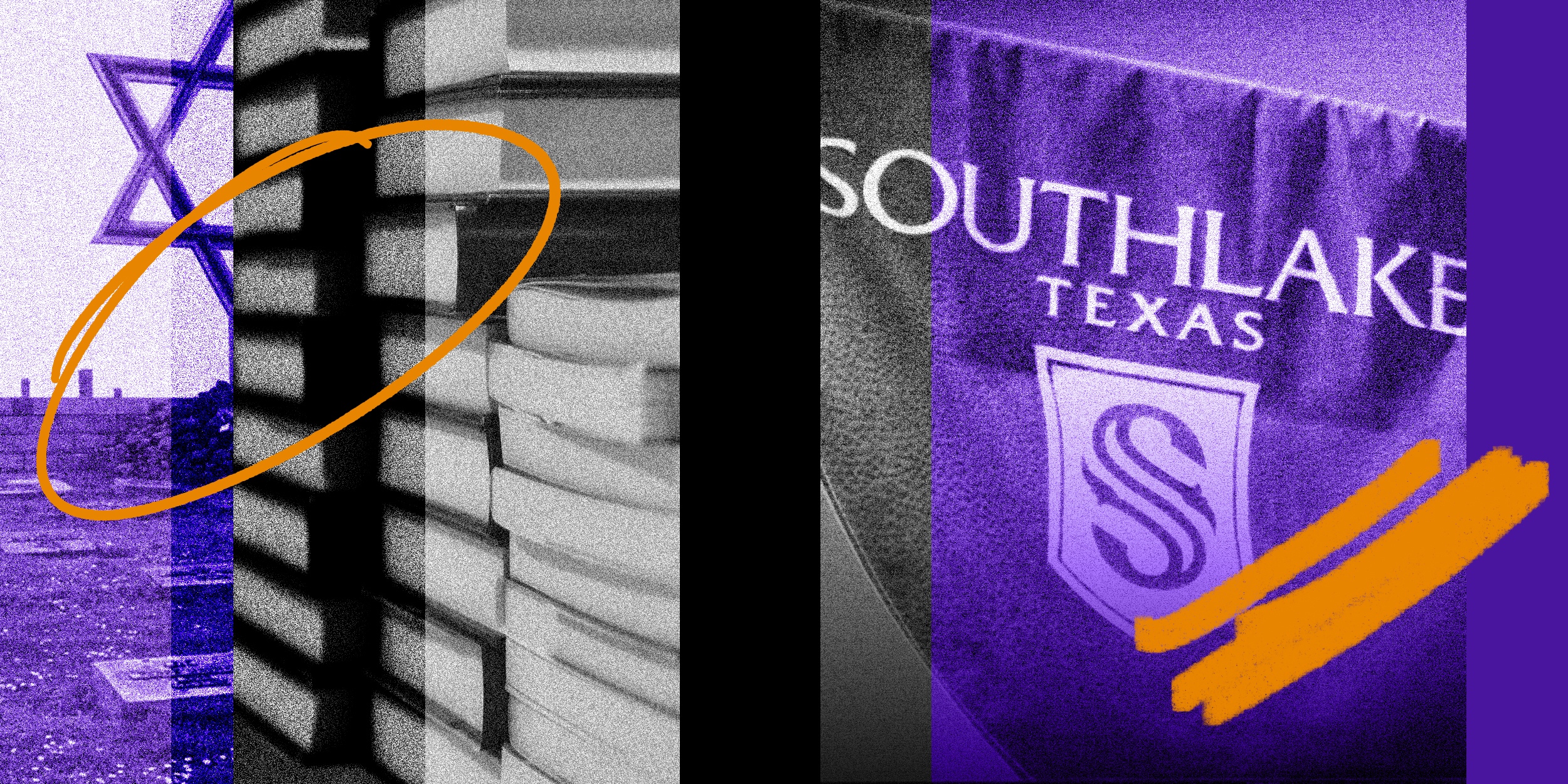 NBC News on Thursday published audio of a school official in Southlake, Texas, telling teachers they need to offer students books that give “opposing” perspectives on the Holocaust.

“Make sure that if you have a book on the Holocaust, that you have one that has an opposing — that has other perspectives,” Gina Peddy, the Carroll Independent School District’s executive director of curriculum and instruction, said during a training session for teachers last Friday, Oct. 8.

She said the requirement was meant to follow Texas House Bill 3979, which instructs teachers who discuss “currently controversial issues” to talk about them “from diverse and contending perspectives without giving deference to any one perspective.” The state’s governor, Greg Abbott, a Republican, signed the bill into law on Sept. 1.

The bill’s language can easily be interpreted as a requirement to keep Holocaust-denial books on hand, and there’s no reason to believe that’s a mistake.

Conservatives targeting school lessons about inequality have largely played on racist animus by scapegoating ideas like “critical race theory,” but it’s naive and ahistorical to think racism is where their revisionism ends. The conservative movement functions primarily to serve the interests of white Christians — men, in particular. Although it plays a large factor, racism is only part of that equation.

From spreading tropes about Jewish people manipulating politics with their money, to welcoming associates of neo-Nazis into the fray, to embracing hateful Christian zealots, conservative lawmakers, media and voters have also welcomed antisemitism. Trump’s antisemitic history alone is quite vast. (Read here, here and here.) When the single most vaunted figure in the conservative movement has a long track record of inviting antisemitism into his circle, the movement he’s leading doesn’t deserve the benefit of the doubt.

Texas’s HB 3979 includes a list of education bans that read like grievances from a Fox News segment:

— No lessons claiming “an individual, by virtue of his or her race or sex, bears responsibility for actions committed in the past by other members of the same race or sex.”

— No lessons claiming “any individual should feel discomfort, guilt, anguish, or any other form of psychological distress on account of his or her race or sex.”

— No lessons claiming “meritocracy or traits such as a hard work ethic are racist or sexist, or were created by members of a particular race to oppress members of another race.”

The GOP’s plot to limit Black, brown power is working