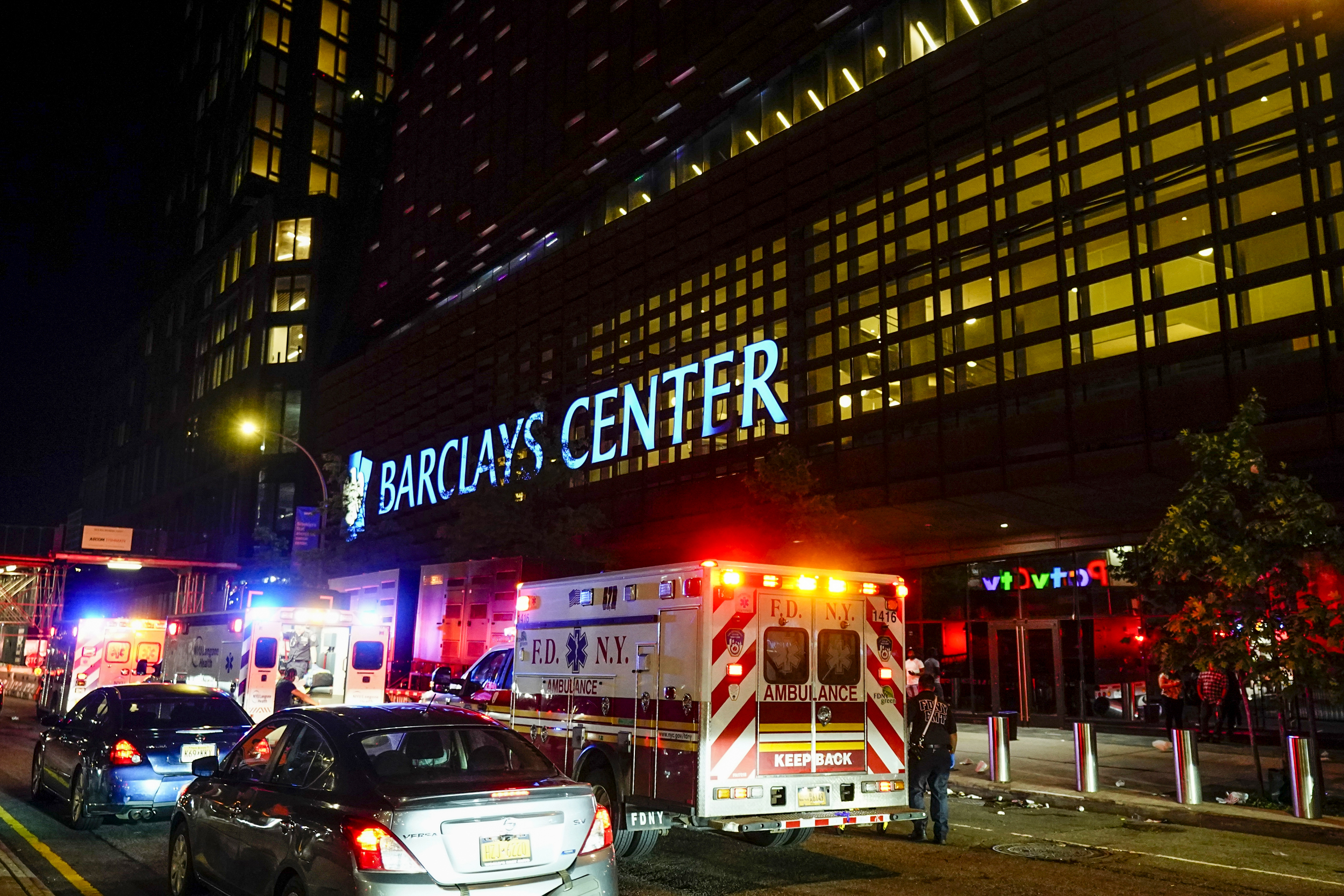 A stampede broke out at Brooklyn’s Barclays Center just after midnight on Sunday after a false report of an active shooting situation, according to the New York City Police Department.

A crowd was leaving Barclays following a boxing match, when a loud noise was heard, the NYPD said in a statement.

The loud noise reportedly spooked the crowd, causing many to start running in fear of a shooter. Some began running away while others ran back inside, according to the NYPD statement.

Approximately 10 people were injured and taken to local hospital in stable condition, the statement explained. All injuries were minor, police said.

After investigating, police determined no shots had been fired in the area, and it is unclear what caused the loud noise.

Tennis star Naomi Osaka, who was at the event, tweeted that she was “petrified” during the chaos.

“I was just in the Barclays center and suddenly I heard shouting and saw people running, then we were being yelled at that there was an active shooter and we had to huddle in a room and close the doors, I was so … petrified man,” she wrote.

She followed up saying she hoped everyone made it out safely.

Approximately 19,000 people, including Osaka and Madonna, were in attendance on Saturday night to watch the boxing match between undefeated lightweight champion Gervonta Davis and Rolando Romero, according to The Washington Post. It’s unclear if Madonna was present during the stampede of terrified attendees.

Videos posted to Twitter of the aftermath of the stampede showed shoes and hats left behind as people scrambled to flee the area.