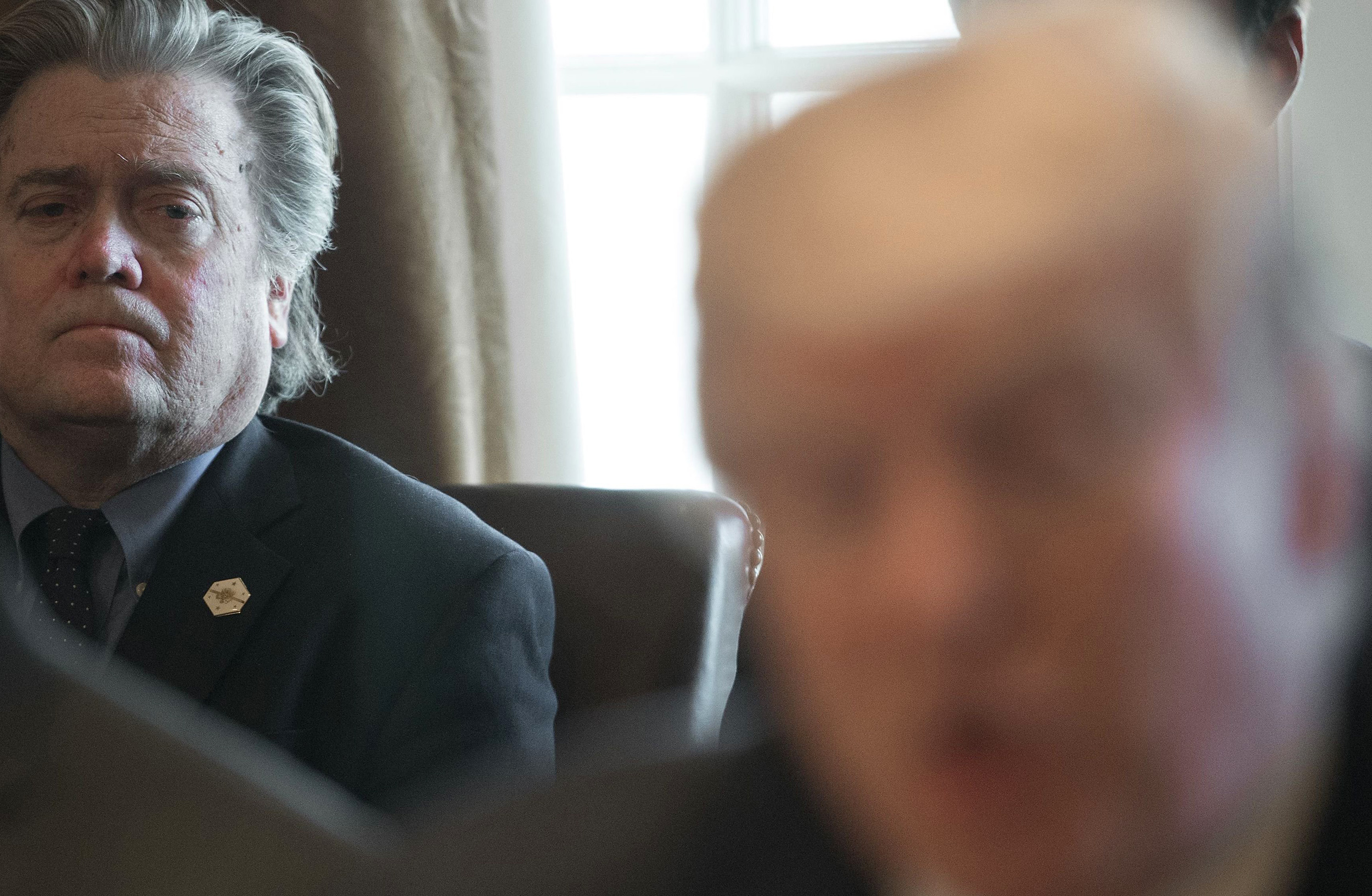 It was last summer when federal prosecutors first filed criminal charges against Steve Bannon, Donald Trump’s former campaign strategist and White House aide. In that case, the political operative was accused of participating in an alleged wall-building scam.

On Jan. 20, with just hours remaining in his presidency, Trump pardoned Bannon before prosecutors could bring the case to trial.

Today, as NBC News reported, federal prosecutors announced a new indictment for Bannon — and this time, if he’s counting on a presidential pardon, he’ll likely be disappointed.

Former Trump adviser Steve Bannon was indicted by a federal grand jury Friday, charged with contempt of Congress for refusing to answer questions from the House Committee investigating the Jan. 6 Capitol riot. The indictment is a first. No one has ever been prosecuted before for contempt of Congress when executive privilege was asserted.

According to the Justice Department’s written statement, Bannon has been charged with one count of contempt and another involving his refusal to produce documents, despite a congressional subpoena.

In case anyone needs a refresher, let’s review how we arrived at this point.

The one thing everyone involved in the process can agree on is that Bannon has important insights related to the Jan. 6 attack on the U.S. Capitol. He was in communications with Donald Trump in the runup to the insurrectionist riot, and he reportedly told the then-president, “[I]t’s time to kill the Biden presidency in the crib.”

With this in mind, it hardly came as a surprise when the bipartisan House committee investigating the attack issued subpoenas in late September, seeking information from key Trump insiders — and Bannon was at the top of the list.

He refused to comply with the subpoena, insisting he was bound by Trump’s executive privilege claim. (Bannon was a private citizen, not a member of the then-president’s team, in January.) For Congress, that wasn’t good enough: Congressional subpoenas are not supposed to be optional. They are not casual invitations. The more people feel they can ignore these legal commands from federal lawmakers — at the behest of a former president who is now a private citizen — the more difficult it is for Congress to do its job.

And so, the House dis something it generally doesn’t have to do: Members voted three weeks ago to approve a resolution finding the GOP operative in contempt of Congress. As part of the same process, the Democratic-led chamber referred the matter to the Justice Department for possible criminal prosecution.

It was an open question as to whether federal prosecutors would pursue the matter. Today, that question has been answered.

In terms of what happens now, NBC News’ report added, “Like anyone charged with a crime, Bannon will now go through the normal process in federal court. He will be arraigned and will enter a plea. Unless he pleads guilty, the judge will set a trial date. A conviction, however, would not require him to testify before the House committee. It would simply constitute his punishment for refusing to do so.”

There’s also a larger context to consider: The select committee investigating the Jan. 6 attack has issued several batches of subpoenas, and many people in the former president’s orbit have questioned whether to cooperate. Indeed, just this morning, former White House Chief of Staff Mark Meadows refused to honor the panel’s subpoenas.

Some may be willing to risk Congress’ ire, assuming that the Justice Department won’t actually go to the trouble of pursuing charges against those who ignore the committee’s legal commands. Bannon’s indictment should change that calculus.

Or as NBC News’ report put it, “The fact that the Justice Department was willing to charge him with criminal contempt, despite an assertion of executive privilege, may help persuade other reluctant witnesses to agree to cooperate with the committee’s investigation.”