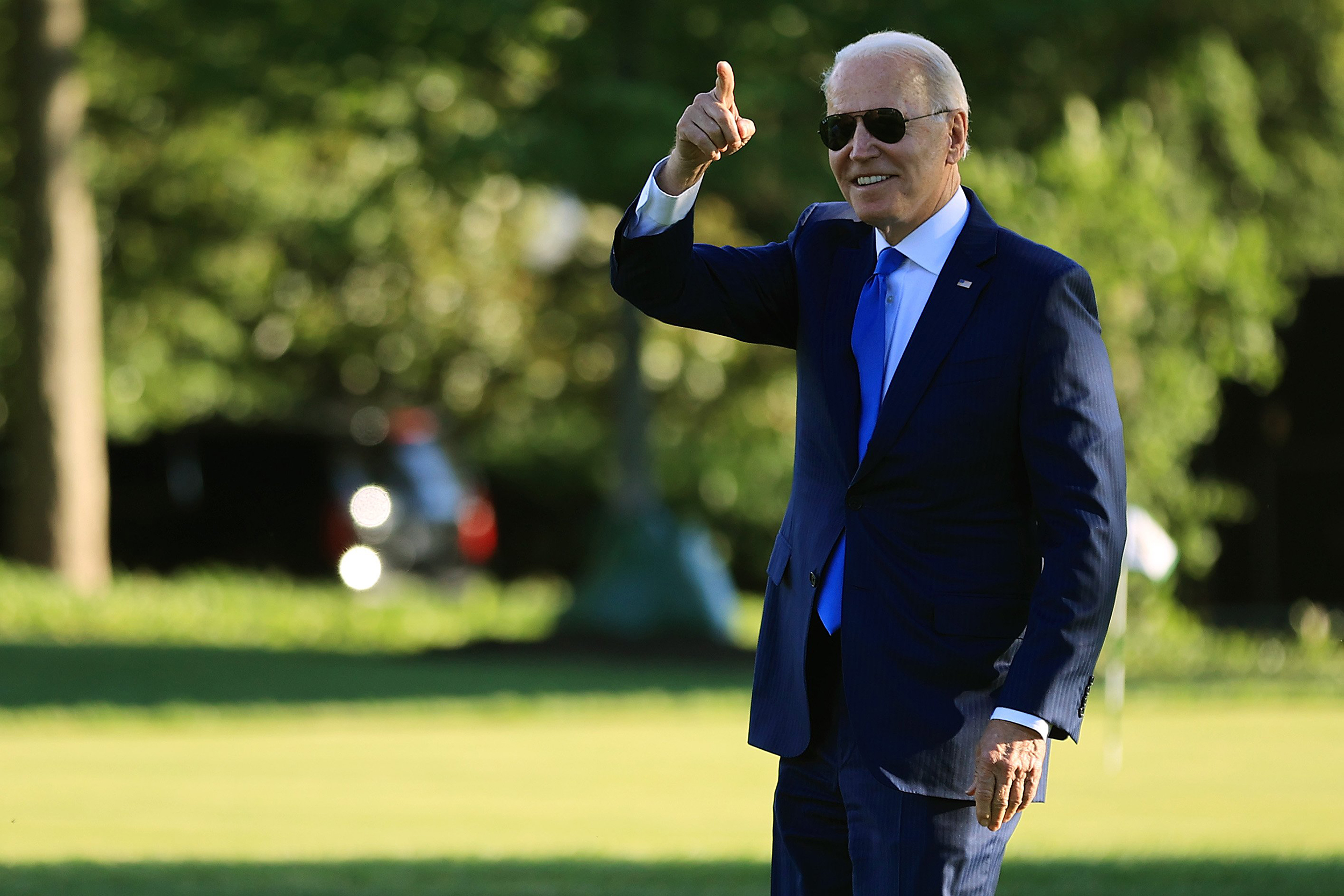 For those rooting for the U.S. economy, it’s been a terrific week. Initial unemployment filings fell to a 15-month low; the Congressional Budget Office raised its projection for 2021 economic growth to 7.4%; and the economy added 850,000 new jobs in June, far ahead of expectations. The same report showed rising wages for American workers.

With data like this in mind, it wasn’t too surprising to see President Joe Biden spend some time celebrating this morning.

In remarks Friday morning, Biden credited his sweeping coronavirus relief package with fueling the country’s job growth, after the release of a report showing that 850,000 jobs were added in June. “None of this happened by accident,” Biden said. “Again, it’s a direct result of the American Rescue Plan. And at the time, people questioned whether or not we should do that, even though we didn’t have bipartisan support. Well, it worked.”

The president went on to note, “The last time the economy grew at this rate was in 1984, and Ronald Reagan was telling us it’s ‘morning in America.'”

Biden’s boasts are rooted in fact, and they create a challenge for his Republican detractors.

As we discussed earlier, it was just last month when House Minority Leader Kevin McCarthy (R-Calif.) insisted that the president’s economic policies “have stalled our recovery,” adding, “Bidenomics is bad for America.” A month earlier, Rep. Jim Banks (R-Ind.) argued that the White House’s economy agenda was sending the economy into a “tailspin.”

Stefanik’s rhetoric was plainly foolish — the economy created more than a quarter of a million jobs in April — but the Republican leader’s nonsensical claims were part of a larger partisan gamble: the slower the economic recovery appeared in the spring, the more aggressively GOP officials would blame Biden, his party, and their ambitious American Recovery Plan.

It was, however, a bad bet: Republicans who said Democratic policies were directly tied to the health of the economy were inadvertently crediting Biden and his party with a recovery that’s gaining strength.

And so, it’s time for the GOP to come up with new talking points. Take Sen. Chuck Grassley’s (R-Iowa) latest pitch, for example.

The Iowa Republican, who’s earned a reputation for publishing some deeply strange online content, wrote on Twitter this morning, “The pre pandemic best economy in 50 [years] started by Trump tax cut is roaring back after a virus interlude.”

To the extent that reality still has any meaning, the idea that the pre-pandemic economy was the best in 50 years is demonstrably ridiculous. It’s not a matter of opinion; there are basic facts that are inescapable.

What’s more, the idea that the Republicans’ 2017 package of tax breaks for the wealthy created an economic boom is also spectacularly wrong. Again, this an objective, not a subjective, truth.

But let’s not miss the forest for the trees: after Republicans spent May and June arguing that the economy was bad at it’s Biden’s fault, Grassley now wants the public to believe the economy is good and Trump deserves the credit.

If GOP officials — each of whom rejected the American Rescue Plan that’s helping fuel the recovery — want to be taken seriously, they’ll have to do far better than this.