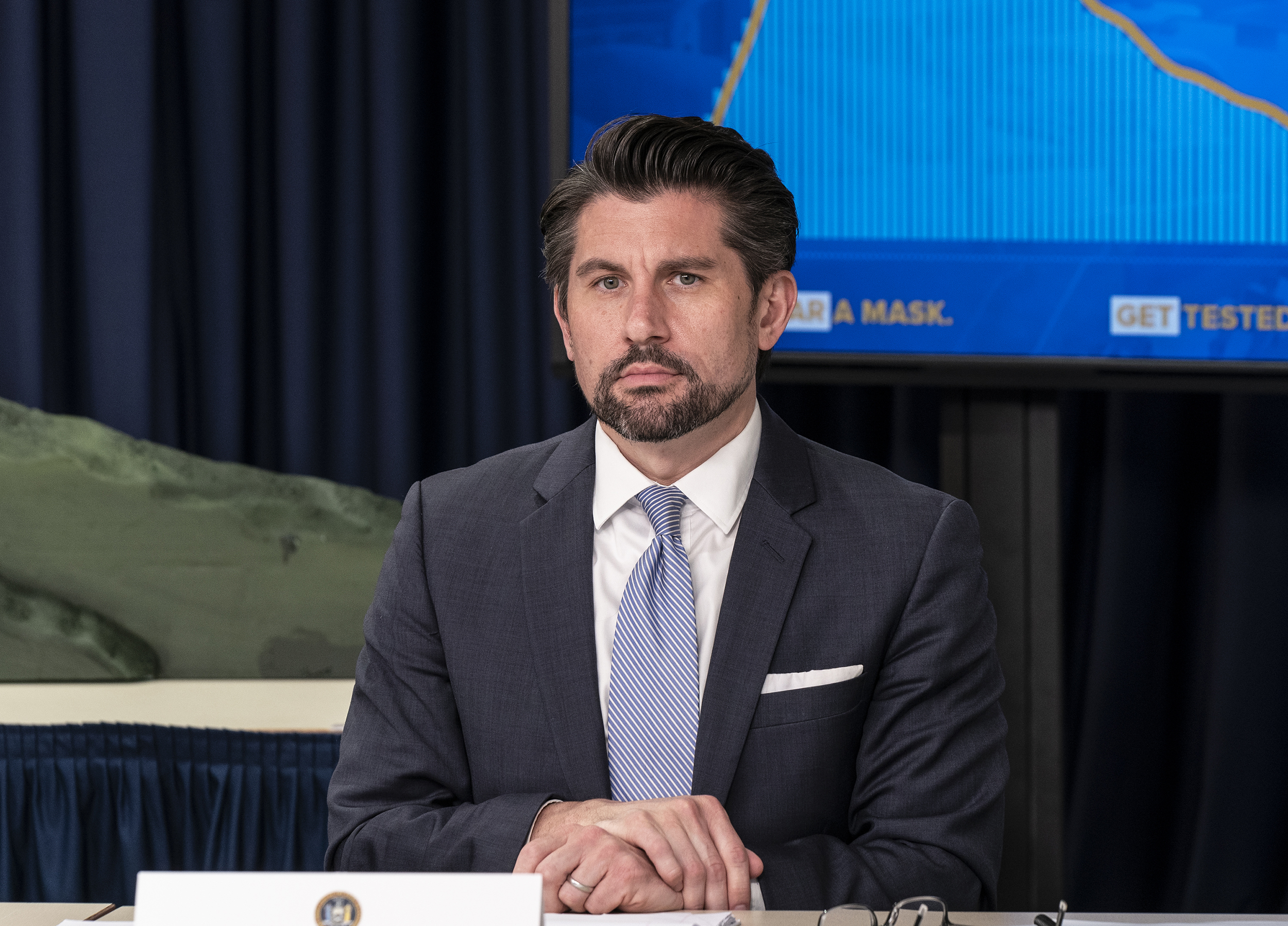 The chancellor of the State University of New York will step down next month after text messages revealed he disparaged a woman who accused former Gov. Andrew Cuomo of sexual harassment.

“The recent events surrounding me over the past week have become a distraction over the important work that needs to be accomplished as SUNY emerges from Covid-19,” Jim Malatras wrote in his resignation letter, dated Thursday. “I believe deeply in an individual’s ability to evolve, change, and grow, but I also believe deeply in SUNY and would never want to be an impediment to its success.”

His resignation is effective Jan. 14.

Malatras, a former top adviser to Cuomo, came under fire after Attorney General Letitia James last month made public additional transcripts and other evidence from a monthslong probe of the sexual harassment allegations that forced the governor from office.

Cuomo resigned in August as he was facing an impeachment inquiry following a report from James’ office documenting several accusations of sexual harassment. Cuomo has denied the allegations.

In a May 2019 text exchange with other Cuomo allies, Malatras mocked Lindsey Boylan, a former economic development official who was the first woman to publicly accuse Cuomo.

“I not only owe Ms. Boylan an apology for my conduct, I owe an apology to the broader SUNY community for failing to live up to the standard that leadership of this institution entails and demands.”

Malatras is the latest person taken down in the wake of the former governor’s scandal.

Last week, Cuomo’s brother, Chris, was fired as a CNN host after James’ office showed in more detail how he had helped his older brother defend himself against the sexual misconduct allegations. In August, Tina Tchen resigned as president and CEO of Time’s Up, an organization that advocates for sexual assault survivors and gender equality, after the organization was criticized for aiding the former governor during the scandal. The organization’s chairwoman, Roberta Kaplan, also resigned.

“We have challenging days ahead and believe Jim Malatras, as Chancellor of the State University of New York, remains the right leader to help us meet that challenge,” the SUNY Board of Trustees said in a statement Dec. 3.

“The past two years have been among the most trying in SUNY’s history—and Jim’s leadership and collaboration with our faculty and staff have allowed our institution to continue to thrive,” the university said in a statement on Thursday. “He has been a champion for our students, for access, for equity, and for deeper public investment in this great institution. The entire board expresses our gratitude for his dedication and leadership.”

Malatras held several high-ranking positions in New York State government, including director of state operations, where he managed the daily operations of the state government and served as the administration’s point person on policy development and implementation, according to Malatras’ biography on the school’s website.

Deon J. Hampton is a national reporter for NBC News, based in Cincinnati.