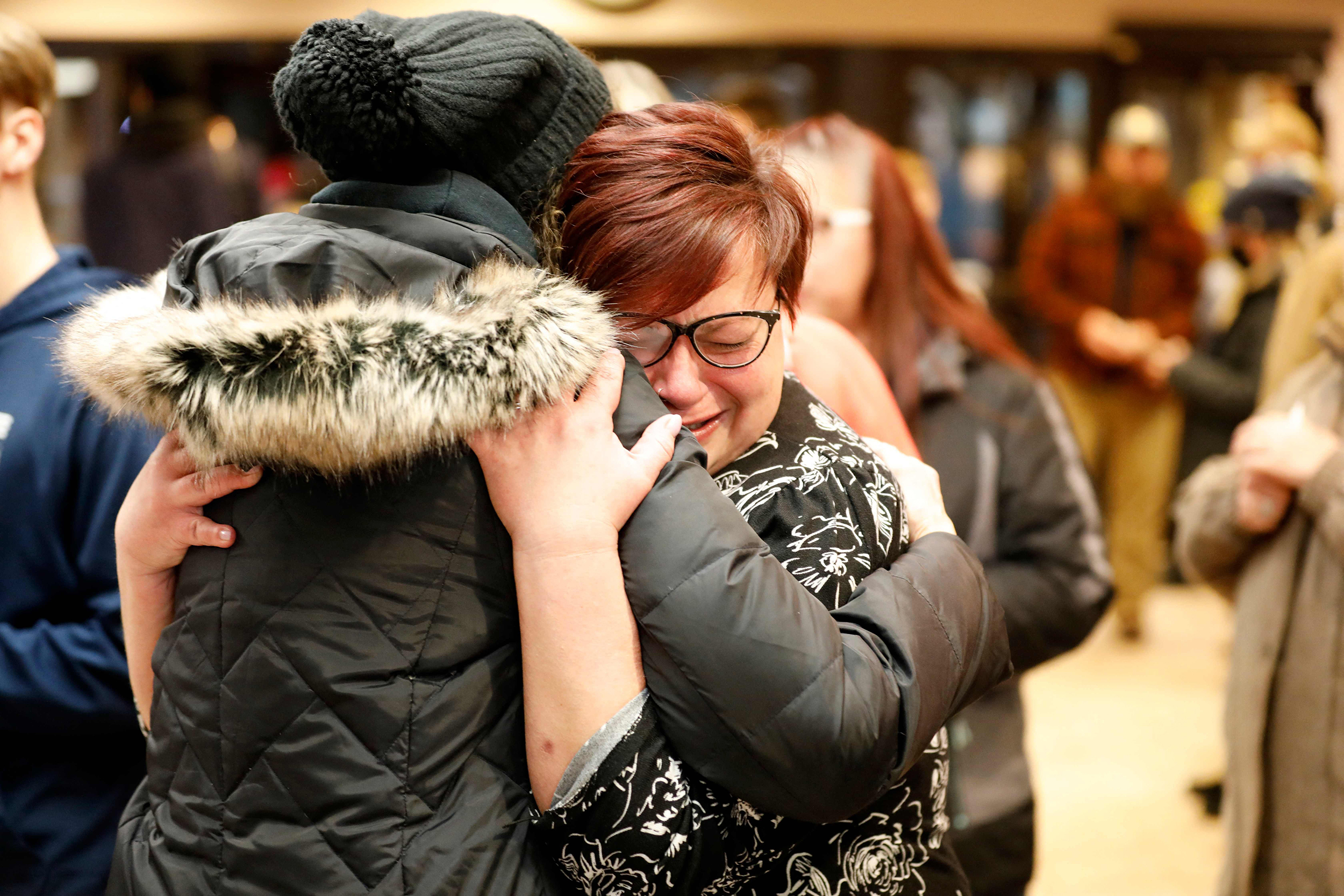 The handgun authorities believe a 15-year-old Michigan high school student used Tuesday to kill three classmates and seriously wound eight other people was purchased by the suspect’s father days ago, the sheriff said.

Three students were killed, and seven other students and a teacher were shot in the rampage at Oxford High School in a community north of Detroit around 1 p.m. Tuesday, the Oakland County Sheriff’s Office said.

Three of the wounded students were in critical condition Tuesday night, officials said.

The suspect was taken into custody and was not injured. He is not speaking with investigators and his family has hired an attorney, Sheriff Michael Bouchard said at a news conference.

“The person that’s got the most insight of the motive is not talking,” Bouchard said. The sheriff called the violence an “unspeakable and unforgivable event.”

Investigators believe the 15-year-old, who was not identified because of his age, used a 9mm Sig Sauer handgun that his father bought on Friday, Bouchard said.

He had at least two 15-round magazines and is believed to have had a third, which has not been found in the large crime scene, the sheriff said.

When deputies confronted the suspect, he put his hands up and was taken into custody, Bouchard said. The gun was loaded and had seven rounds of ammunition.

“When they took it from him, he had a loaded firearm and he was coming down the hall,” Bouchard said. “That, again, I believe interrupted what potentially could have been seven more victims.”

The suspect’s motive was unknown, as is why his father bought the handgun, the sheriff said.

The suspect is believed to have been shooting with the handgun recently and had posted photos of a target and the gun on social media, Bouchard said.

Surveillance video at the high school shows him coming out of a bathroom with the weapon, but investigators are still trying to determine the sequence of events, the sheriff said.

The seven wounded students range in age from 14 to 17.

Three of the students were in critical condition, including a 15-year-old boy with a gunshot wound to the head and a 14-year-old girl who is on a ventilator and was wounded in the neck and chest, Bouchard said.

The three people killed were identified by the sheriff’s office as Tate Myre, 16; Hana St. Juliana, 14; and Madisyn Baldwin, 17. Tate died in a sheriff’s patrol car as he was being rushed to a hospital.

The teacher, 47, was shot in the shoulder and has been released from the hospital, the sheriff’s office said.

“This is an unimaginable tragedy,” she said.

“My heart goes out to the families enduring the unimaginable grief of losing a loved one,” Biden said.

About 1,800 students attend Oxford High School, which is in Oxford Township, around 35 miles north of downtown Detroit.

One parent who was shaking in her car after the incident told NBC affiliate WDIV of Detroit that her daughter was safe, but she was worried about her friends and all the other parents who were waiting to find out.

“I’m just so emotional, because you never think it’s going to happen here,” the woman said. “The kids just are all a big part of this community. I’m so scared for them.”