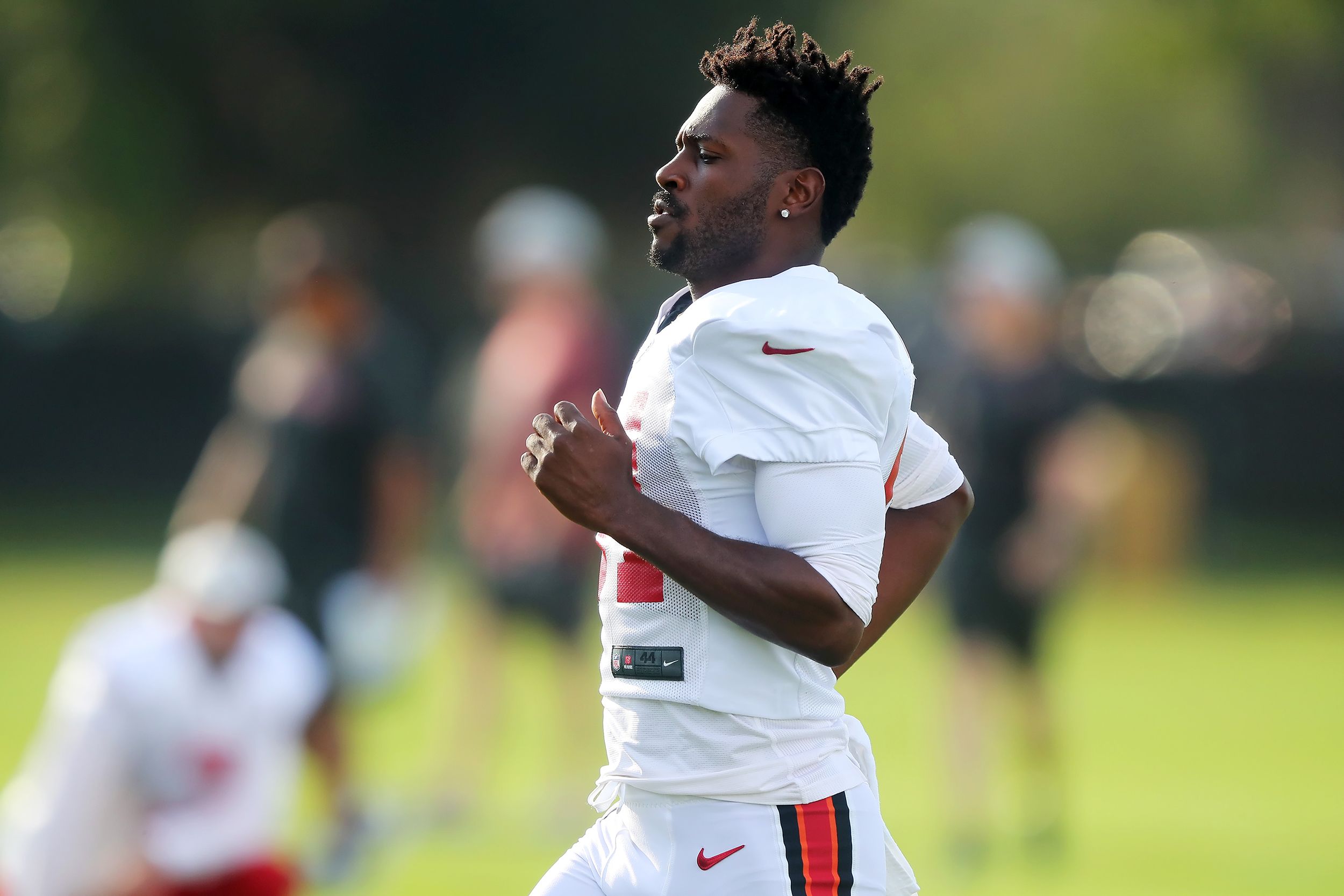 Two other players were also suspended.

Brown and Bucs safety Mike Edwards, were suspended without pay for the next three games, the NFL said in a statement. Free agent John Franklin III, if signed by the team, is also ineligible to play in the following three games.

The players have “accepted the discipline and waived their right of appeal. The suspensions are effective immediately,” the NFL said.

The athletes were represented by the players’ union, the NFLPA, which also conducted the joint review with the NFL into the allegations they “misrepresented their vaccination status under the NFL-NFLPA COVID-19 Protocols. That review supported those allegations and found that the three players violated the protocols,” the league statement said.

A joint statement between the NFL and the NFLPA said: “The health and safety of players and personnel is our top priority. The protocols were jointly developed working with our respective experts to ensure that we are practicing and playing football as safely as possible during the ongoing pandemic. The NFL-NFLPA jointly reinforce their commitment and further emphasize the importance of strict adherence to the protocols to protect the well-being of everyone associated with the NFL.”

Brown’s attorney, Sean Burstyn, said that his client is vaccinated.

“Mr. Brown is vaccinated and continues to support the vaccine for any person for whom it is appropriate,” the attorney said Thursday after the suspension. “The NFL made its determination and, instead of going through the drawn-out and distracting process of challenging the outcome, Mr. Brown wrapped this up promptly and he will use this time as an opportunity to treat his ankle injury.”

The receiver has been out for several weeks with an ankle injury.

The NFL said last month it was looking into a report that Brown allegedly obtained a fake Covid-19 vaccination card to evade league protocols.

“We are aware of the report and have been in contact with the club,” an NFL spokesperson said. “We will review the matter.”

“Mr. Brown confirmed to me that he was vaccinated and, if a booster eventually becomes advisable, he’ll be happy to air it live on TV,” he said. “He is happy to turn this into an opportunity to advocate for the safety of vaccines, and finds it a bit confusing that the source of this story would admit to attempting to procure and resell fake vaccination cards.”

The questioning of Brown’s vaccination status came after the Green Bay Packers team was fined $300,000 for Covid protocol violations. Quarterback Aaron Rodgers and wide receiver Allen Lazard were also fined $14,650 each for attending a Halloween party while unvaccinated.

Brown’s off-the-field behavior has made headlines in recent years.

In January 2020, he was accused of attacking a truck driver in front of his Hollywood, Florida, home. He was charged with burglary with assault, burglary conveyance and criminal mischief. Brown pleaded no contest to the charges and was sentenced to two years’ probation. He was also ordered to undergo a psychological evaluation and attend an anger management course.

Brown was also accused of sexual assault by his former trainer Britney Taylor in a lawsuit filed in 2019. Brown denied the allegations and countersued Taylor before a settlement was reached in April.