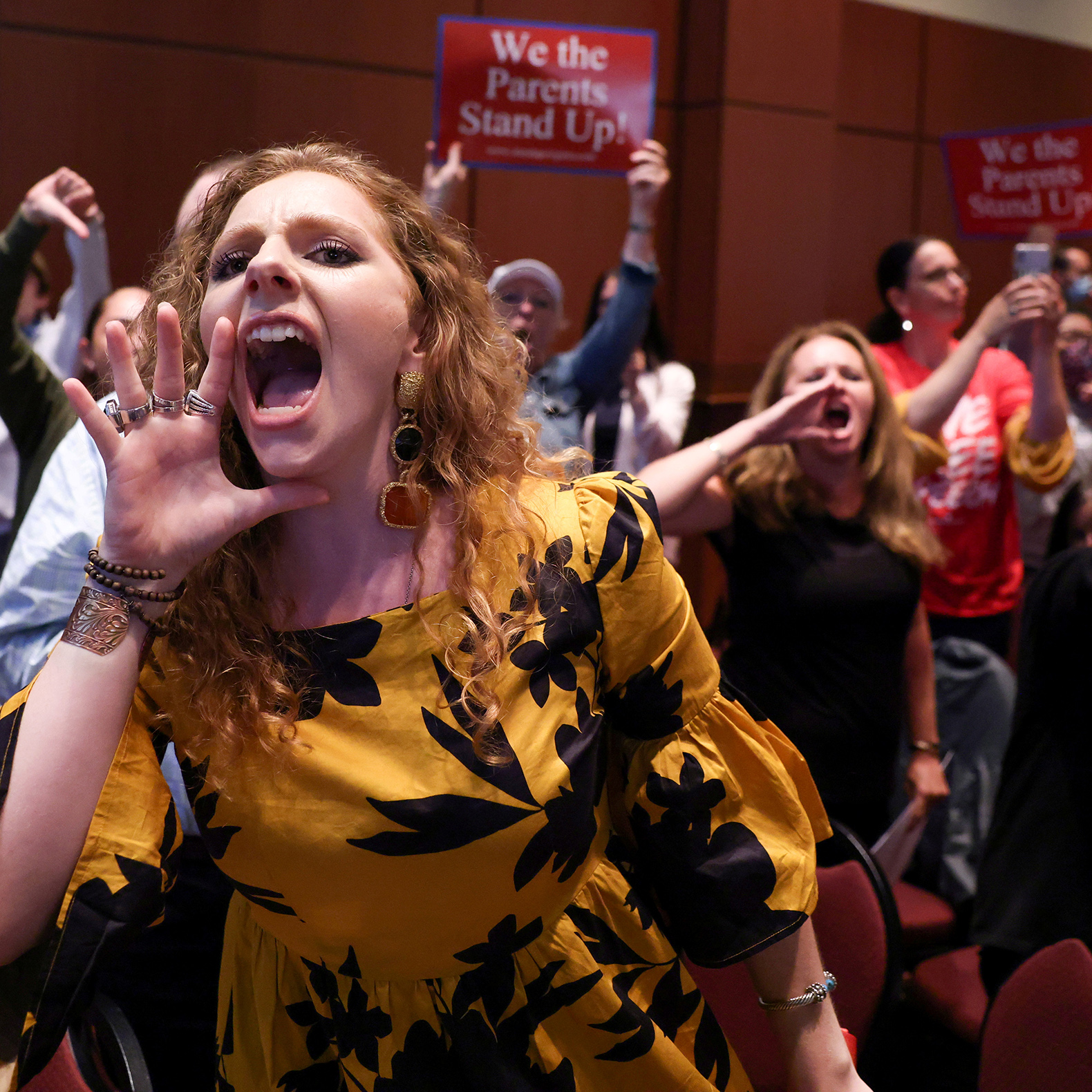 Oftentimes led by conservative think tanks and law firms, at least 165 local and national groups have aimed to disrupt lessons on race and gender across the country, according to an NBC News analysis of media reports and organizations’ promotional materials.

Jenni Meadows, a teacher at a public high school near Dallas who specializes in teaching reading to at-risk youth, participated in the survey. She said the critical race theory discussion is not one that she’s having with her students because the focus in K-12 is on developing critical thinking skills.

Instead, she assigns her students to read the Black author Richard Wright and the poet Maya Angelou, as well as the nation’s founders and the English novelist George Orwell, allowing them to come to their own conclusions.

“We’re asking, ‘Should we promote it or forbid it?’ That’s not even the level to have the discussion on,” Meadows said. “The question is: Are we giving students good literature? Are we giving them great thinkers to interact with so that they themselves can become great thinkers?”

Most teachers who responded to the survey said they had not changed their curriculum in response to the past year’s reflection on race. More than half said that they are apprehensive about saying anything about race and getting into trouble.

Colin Sharkey, the association’s executive director, said the bills in statehouses and the heated rhetoric seen at school board meetings across the country could have a chilling effect on normal day-to-day activities and further burden teachers who have faced a difficult year during the pandemic.

“Teaching is a hard job on a good day,” he said. “There’s a lot that can go wrong, but there are teachers who want to help have a productive conversation about race in America with their students, and now they’re worried about whether they might say the wrong thing.”

That feeling was also shared by teachers who took the survey.

“I have teachers who are already leery of teaching race issues,” said a Detroit-area teacher who spoke on the condition of anonymity after being warned not to speak to the press. “Creating laws about this is only going to make them quieter and make teachers even less relevant to high schoolers who are working through ideas.”

Nearly 78 percent of teachers said they felt as though the current rhetoric around the issue was “interfering with a productive and necessary discussion regarding race in America.”

Daniel, the Arizona teacher, said she has participated in many curriculum committees. She said those efforts are most productive when all groups sit together and have a transparent discussion before they come to a conclusion about the curriculum.

“I really wish we could all just sit at a roundtable and have teachers talk this over with all the educational stakeholders,” she said, “the community, parents, lawmakers and researchers who really know this topic before we made sudden decisions.”

Phil McCausland is an NBC News reporter focused on health care and the social safety net.