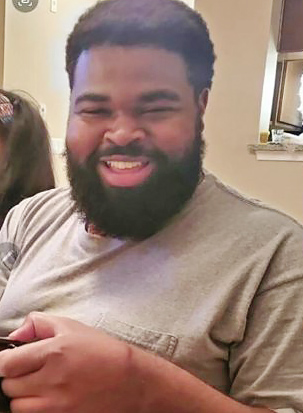 The Collin County Sheriff’s Office in Texas released a more than 40-minute jailhouse video related to the death of Marvin Scott III, a Black man who died in March after a struggle with detention officers.

The video’s release came two weeks after a grand jury declined to indict eight jailors involved in the death.

The March 14 footage contains no sound and was given to NBC News with the faces blurred. The sheriff’s office said in an email that the faces were “intentionally blurred” and the lack of sound is because the jail’s camera system does not record audio.

Assistant Chief Deputy Nick Bristow said that the video was made public because Sheriff Jim Skinner promised Scott’s family that the department would be transparent.

“As other proceedings are possible or pending, the Sheriff’s Office has no further comment at this time,” he said.

The video begins with the jailers opening Scott’s cell in the booking area. It appears that they try to remove his arm from an opening in the cell door. After freeing his arm, they walk Scott to a holding room and place him on a restraint bed.

The footage shows Scott struggling as deputies attempt to place ankle, leg, chest and wrist straps on him. They eventually get the ankle and leg straps on as a jailer holds one of Scott’s arms behind his back. That same jailer is later seen in the video pushing on the back of Scott’s neck as he continues to struggle.

At one point in the video, Scott is pepper-sprayed and a jailer puts his hands on the sides of Scott’s neck. According to NBC Dallas-Fort Worth, the jailer was applying a pressure point control technique. A spit mask is then placed on Scott’s head and he is strapped across the chest and wrists.

About 15 minutes into the video, Scott appears to go into distress. Roughly three minutes later, the jailers are seen shaking Scott before they quickly remove the spit mask and straps. A nurse is called into the room.

For about 20 minutes, first responders and nurses try to revive Scott, the video shows. He’s eventually placed on a stretcher and taken to a hospital, where he was later pronounced dead.

Scott, 26, was arrested on March 14 by Allen police after officers were called to an outlet mall for a disturbance. The Allen Police Department said in a statement at the time that officers noticed Scott was “acting in an erratic manner and were concerned for his safety due to the possible ingestion of drugs.”

He was taken into custody on a misdemeanor charge of possession of fewer than two ounces of marijuana, Allen police said.

Scott was taken to the Texas Health Presbyterian Hospital Allen, where he stayed in the emergency room for about three hours, police said. After his release, he was processed at the Allen police department and then transferred to the Collin County Sheriff’s Office.

Collin County authorities said that while he was in custody at the sheriff’s office, he began to act strangely. Detention officers secured him to a restraint bed before pepper-spraying him and placing a spit mask on his face, according to the sheriff’s office. They said he eventually became unresponsive and was taken to the hospital.

The Collin County Medical Examiner’s Office ruled the death a homicide and said that Scott died of “fatal acute stress response” while struggling with officers.

Seven detention officers who were under investigation were fired in April while an eighth officer resigned. Six of them appealed their terminations, leading to the reinstatement of one of the officers, NBC Dallas-Fort Worth reported.

In a statement announcing the terminations and resignation, Skinner said the evidence he saw showed the officers had “violated well-established Sheriff’s Office policies and procedures.”

In June, a grand jury declined to indict the officers, saying that they found no probable cause to charge them with a crime. The jury also issued a statement suggesting that a workgroup is created to study the death to prevent something similar from happening again.

Lee Merritt, an attorney for Scott’s family, could not be reached for comment on Saturday. He previously said that Scott was having a mental health episode. Scott’s mother, LaSandra Scott, told NBC Dallas-Fort Worth that her son was diagnosed with schizophrenia two years ago, but he hadn’t had an episode in about a year.

“When we got him OK with his medication, he was starting to take them and fell off and felt like if he would use marijuana, it would benefit him more,” LaSandra Scott told the station in April.

Zach Horn, an attorney representing several of the officers, was not immediately available for comment.